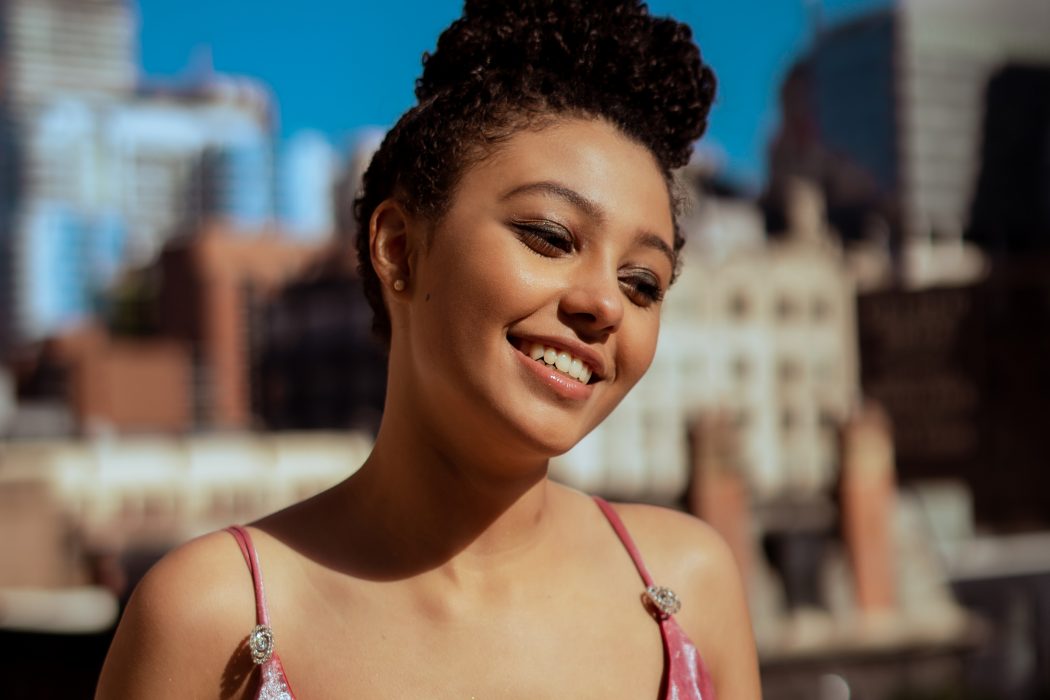 The transition from modeling to acting was an easy one for Aaliyah Cinello’s parents to make near the start of her career.

Her career in modeling began when she was just an infant, appearing in ads for companies like Toys “R” Us, The Hudson’s Bay Company, and OshKosh B’gosh. From then, her natural comfort in front of the camera blossomed.

“I think my parents really saw that I was enjoying the experience of going on set, getting to try different roles, and basically experiencing the whole acting world and trying it as a new thing,” Aaliyah says. “I think they really thought that I had a love for it and decided to push me in this direction and see how I fared in it.”

The rising star has yet to look back.

Her face lights up as she talks about her favorite aspects of acting, her grin growing wider and excitement lacing every word.

“My favorite aspect of acting is definitely that I get to play a different character each time.” She relates it to being immersed in a book or television series and experiencing the characters growing. She explains, “It’s almost like reading a book for the first time. You know, you go into the book, [and] you get really excited. You feel the ebbs and flows of the character.”

You basically have to leave all the sets to your imagination.

Aaliyah has already gotten the chance to explore characters in a multitude of ways. Her live-action credits include According to Kids, The Solutioneers, and most recently AppleTV+’s Circuit Breakers. Her voiceover credits include Mighty Express and Rusty Rivets.

“When you’re on camera, you have to worry about all of these different movements and facial expressions,” she begins to explain the differences. “I noticed that when you do voiceover work, you just have to convey the emotions through your voice, which makes it a lot easier to express yourself since you can move around as much as you want and make as many faces as you want.”

Working in video games, which Aaliyah shares she’s done a few years prior, is a completely different story. “In video games, there’s a lot of motion trackers. You’re in a full suit. You have headgear on,” she shares, laughing as she speaks. “When you’re on camera, obviously you have wardrobe [and] more comfortable things. When you’re doing video games, you’re usually in this white room with a bunch of cameras around it and just a few props. So you basically have to leave all the sets to your imagination.”

The experience proved to be an interesting one for the actress and one that she hopes she can explore again sometime in the future. “I would really like to experience that again and see how it’s changed and everything,” she says.

Despite her young age, Aaliyah already carries the wisdom that comes with years of experience that some twice as old might not have realized. “I’ve really learned about resilience,” she says when asked what she’s learned through the years. “When you’re an actor, some people think that you’ll get jobs right away, but in reality, it takes a long time for you to actually get a role.”

In addition to resilience, she adds, “And to not be discouraged when you don’t get a role that you really wanted, or you were really passionate about, or you thought you did good in because you have to move on to the next to be able to perform your best for the next one that you also might get.”

One of Aaliyah’s “next ones” ended up being Circuit Breakers, now streaming on AppleTV+. The anthology series tackles issues affecting kids and preteens through a sci-fi lens, often using technology to drive their point home. As some viewers refer to the show as Black Mirror for younger audiences, it keeps audiences, no matter their age, intrigued and curious.

“I would describe Circuit Breakers as very unique. It’s a mature, plot-forward [series] with younger actors and focuses on some really deep thoughts and meanings, and [with] some sci-fi storyline.” 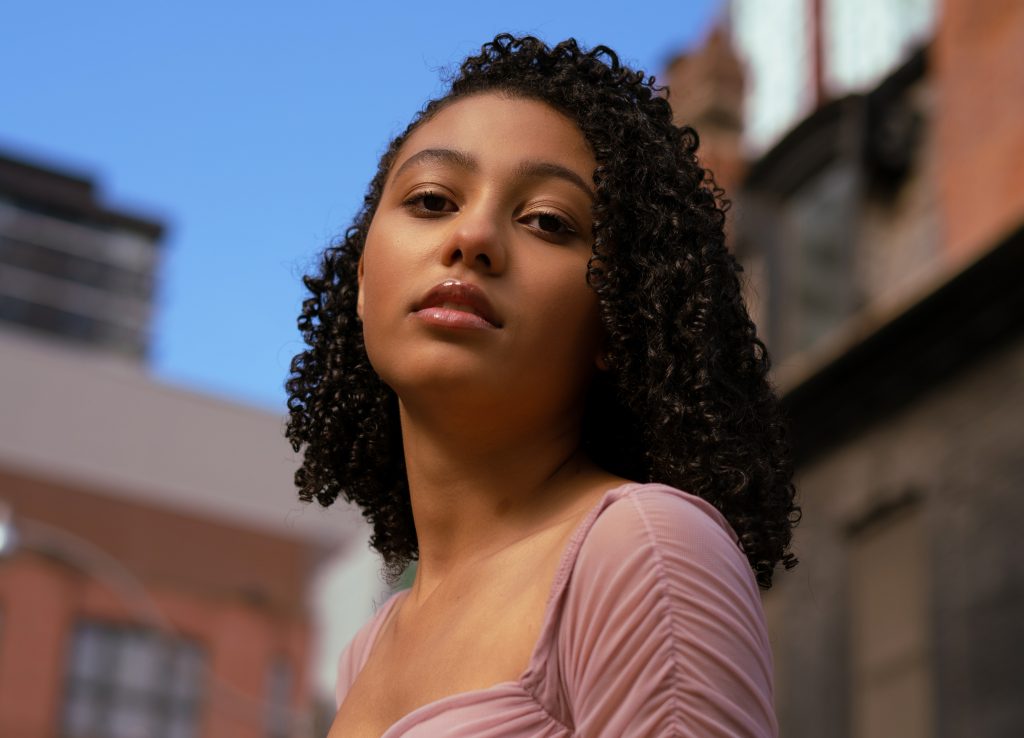 What interested Aaliyah most when she auditioned for the series was the sci-fi portion of the show. “I was ecstatic because I’ve always wanted to be part of a sci-fi franchise. I grew up watching Back to the Future with my parents, so having this opportunity was just like a dream come true.”

For those that haven’t yet watched the series when it premiered on November 11th, she teases, “I would say that you would definitely be excited the whole way through because in Circuit Breakers, there are a lot of plot twists and you never know what’s going to happen. You’ll definitely be engaged.”

In her episode, which will be debuting on AppleTV+ in the near future, her character Charley supports her best friend Olivia who is concerned about her mother when she starts acting strange after talking to a mysterious woman.

“I would describe Charley as very supportive, very charismatic, witty,” Aaliyah begins. “Even though sometimes she can come off as dull-witted, she’s actually very smart. Something I really admire about her is that even when she’s put into dangerous situations where there’s a good possibility she can get hurt, she always approaches that with a fun and great attitude.”

Charley is very supportive of her friends and very loyal, according to the actress. Those are traits she likes to believe she has in common with her character. “But,” she says, ready to cite their major difference, “she is a bit of a conspiracy theorist, which I wouldn’t say I am. It was just super fun going on all her rants and rambles.”

But something I hold dear to my heart is definitely Back to the Future because that’s kind of the thing that really pushed me into the sci-fi genre.

While Aaliyah isn’t a conspiracy theorist herself, TEENPLICITY couldn’t help but ask if there’s a conspiracy theory that she takes some amusement from reading about. “One conspiracy theory I like to read about is the one that’s proven wrong,” she says, stressing through her laughter the fact that the theory has been disproven time and time again, “is that the earth is flat. I just find it really funny to watch people go into the comments and just argue away about something that’s proven to be wrong!”

On the set of Circuit Breakers, the rising star shares about the friendly atmosphere she was greeted with.

“Everyone – the whole team and the cast – were really welcoming and really funny and fun to work with. Especially my co-star Georgia [Acken] who plays Olivia. She was very sweet and talented and it was just really easy completing the work with her,” she says.

Given her love for sci-fi, TEENPLICITY couldn’t help but ask if there was a sci-fi franchise she’d love to join or one she’d love to see developed or brought back to life on the screen.

“I mean, Stranger Things is super cool and everything. I think that would be so cool to just go in there and see all the makeup and costumes and everything,” she starts. “But something I hold dear to my heart is definitely Back to the Future because that’s kind of the thing that really pushed me into the sci-fi genre. So if they ever make another Back to the Future or a remake of it, I’ll definitely be on board.”

Perhaps if the powers that be decide on another time-traveling adventure, Aaliyah could act alongside one of her dream co-stars, Zendaya. “I really liked her since I was little,” gushes the actress. “I felt like I could relate to her because she was biracial and I’m biracial. I grew up watching her on K.C. Undercover and Spider-Man. I feel like it’d be really cool to just work with her. That would be amazing.”

When asked to round out the rest of her dream cast, she is quick to say that the following actors could play any role handed to them. “Maybe Viola Davis, Tyler Perry. I know I worked with Joel Kinnaman once. He was really nice and welcome, so it would be really nice to see him again, see how he’s doing.”

With the holiday season upon us, TEENPLICITY asked Aaliyah Cinello a few holiday-themed questions to get in the spirit! Check out what she has to say below!

Aaliyah: I think one that I’ve recently started to really like is panettone. It’s this bread with raisins in it that sometimes my nona brings and we get from the grocery store. It’s really good with cheese! I think when I was younger, I used to like candy canes more but now I think I’ve matured my palate a bit. [Laughs]

TEENPLICITY: Do you prefer a cold holiday season or a warm one?

Aaliyah: I have a love/hate relationship with winter because I like it when it’s snowing and you’re inside and you have all those comfy, wintery Christmas feels, but I don’t like when you have to walk to school when it’s below zero. [Laughs] That is horrible!

Aaliyah: I think it’s equal because I always find such joy seeing my family and friends opening gifts that I got them and seeing their reactions. But at the same time, I absolutely love opening presents [Grins, laughs]. It’s the best feeling. So I would have to say both.

TEENPLICITY: Who would spill who they had for Secret Santa first – yourself or your character Charley?

Aaliyah: Charley would spill right away! [Grins] Definitely. She definitely says what’s on her mind, so I don’t think she’d be able to hold that much of a secret.

You can watch Circuit Breakers on AppleTV+ now!

* Interview has been edited for clarity and length.

The rain has been pounding at the windows for most of the day by the time Griffin Gluck’s phone interview with Teenplicity starts. Yet,…