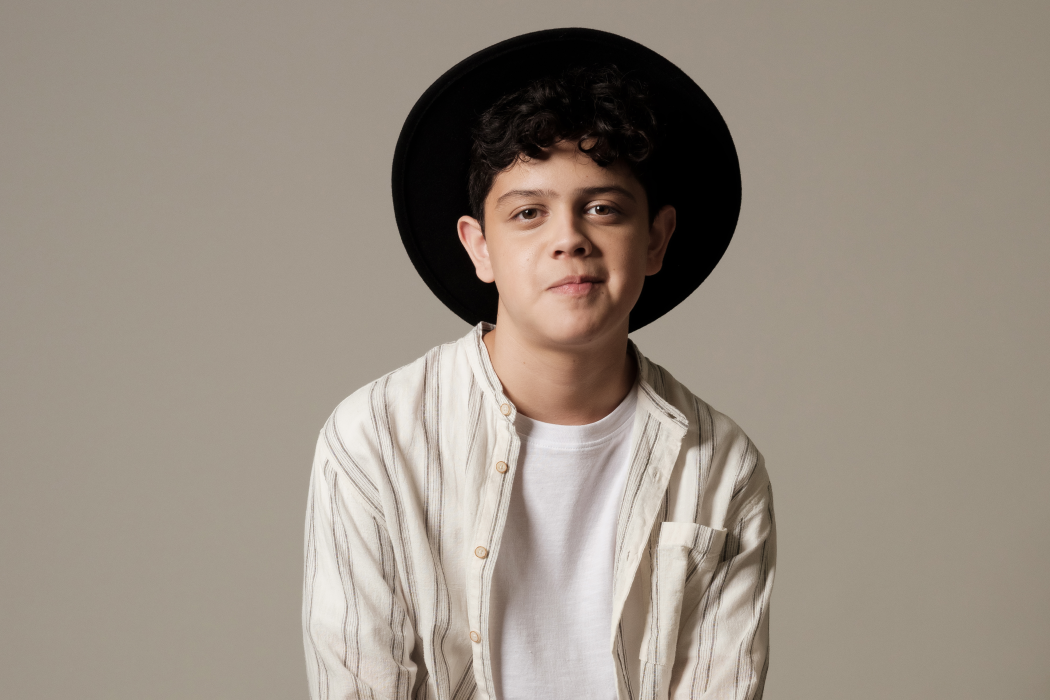 There are television shows with a theme that is so iconic, only a few notes need to play for its familiarity to ring in the listener’s ears. Even fewer themes stand the test of time and remain popular across generations. For The Addams Family, one doesn’t even have to get the iconic snaps to know just which family is being introduced.

The Addams Family has remained a beloved, unique family of pop culture since its inception as a nameless cartoon family. A perfect example of reverse satire compared to cartoon, and later television, counterparts, the Addams’ seemingly odd family life has left its mark on audiences of all ages for years.

“I re-watched the black and white TV series, the recent animated films, and ‘90s movies. My favorite was the ‘90s sequel,” says Isaac Ordonez. The young actor takes on the role of Pugsley Addams in the upcoming Netflix series Wednesday. “I wanted to see if Pugsley had any qualities that I could pick up, such as his emotions.”

The newest series shifts its main focus from the entire family to daughter Wednesday [Jenna Ortega]. Saying that coming-of-age is a term being used a lot to describe the series, Isaac continues explaining how this show differs from its predecessors. “It’s how Wednesday navigates being a teenager and being who she is, plus how she deals with the school/people and how she’s going to figure out the big mystery,” he says. 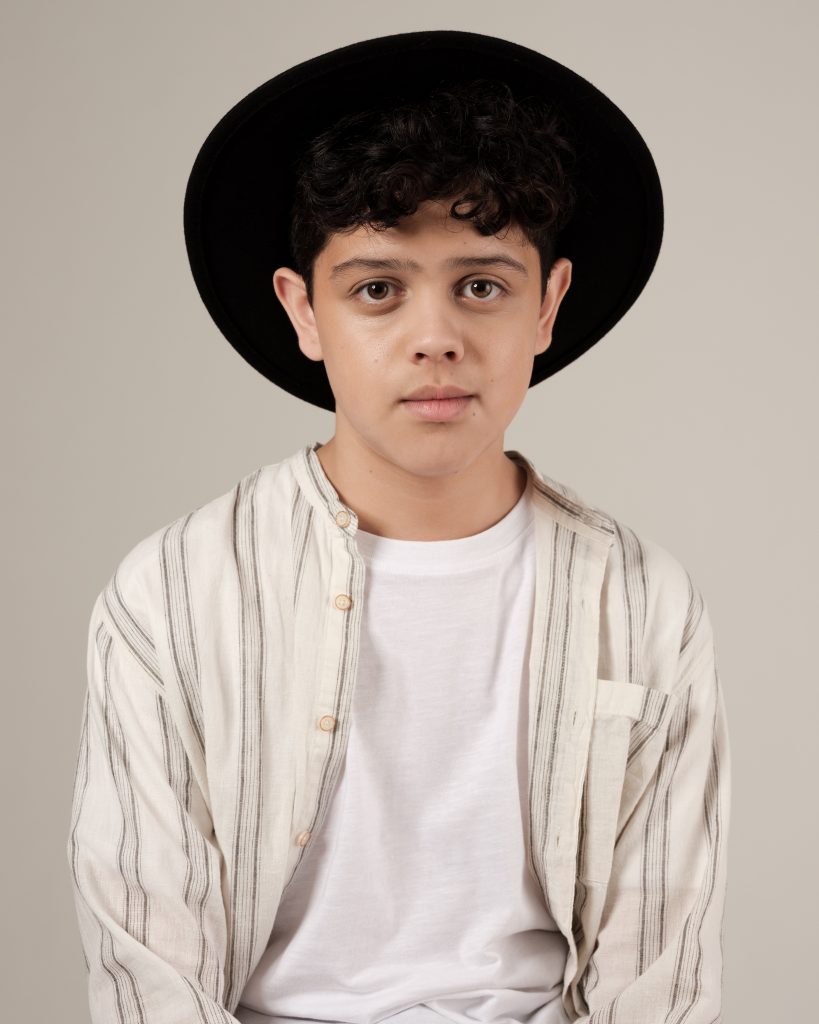 “In season one of Wednesday, Wednesday Addams is discovering her new psychic abilities and is figuring out how to master them,” he says of what happens in the series. “She starts going to a new school, Nevermore Academy, which is a school for ‘creatures’ and outcasts who are like her. She finds that some of the kids at the school will become her friends, but also she makes some enemies.”

He teases, “There’s this huge mystery that she uncovers involving her parents, Gomez and Morticia Addams, and Pugsley motivates her into trying to solve it.” He also adds, “There is also this crazy killing spree that terrorizes the local town, so Wednesday also tries to stop that.”

Isaac shares that when it comes to mysteries, he prefers horror mysteries. “One of my favorites is the original Scream,” he says. Wednesday Addams herself Jenna Ortega stars in the reboot trilogy of the franchise, the first of which premiered at the start of 2022. “I loved the suspense, mystery, and huge twist at the end,” he says of the first film. “It really stood out from other horror films.”

For his character Pugsley, Isaac says that he’s dealing with everything that is happening in his own quirky way. “He’s the emotional one in the family and wants to figure out what’s going on with the mystery. He’s the one that pushes Wednesday to figure it out.”

He’s also much more emotional than Wednesday, so she turns to him for approval sometimes.

He shares that Pugsley really looks up to Wednesday and in return, she’s very protective of him. “He’s also much more emotional than Wednesday, so she turns to him for approval sometimes.” The actor continues, “Like all siblings, Pugsley and Wednesday have a love/hate relationship. Wednesday likes to torture Pugsley, but she’s the only one who can and will always look out for him.”

It’s a concept that Isaac is familiar with in his own life. “I have an older sister who likes to torture me too, but she’s always got my back.”

The other members of the Addams family Gomez and Morticia Addams are portrayed by Luis Guzmán and Catherine Zeta-Jones, respectively. “I really enjoyed getting to know Luis and Catherine. Both of them are so nice,” Isaac says. “Luis has a bunch of kids, so he was kind of like my on-screen and off-screen dad while we were on location since my dad wasn’t in Romania with us. He would always look out for me on set and during the downtime.” He adds, “One of Luis’ sons came out while we were filming, so I would hang with them. He got some great behind-the-scenes pictures of Luis and me in full costume.”

Given that the Netflix series will focus primarily on Wednesday and her adventures at school, TEENPLICITY posed the question of what a spin-off focused on Pugsley would look like.

“I think it would be interesting if Pugsley was to get his own powers and a plot revolving around those,” Isaac theorizes. “I think it would be a comedy and a cool spin-off. He’s the most emotional of all the Addams, so it would be cool to see if, maybe, he had the right influence, he could be persuaded to be good.” 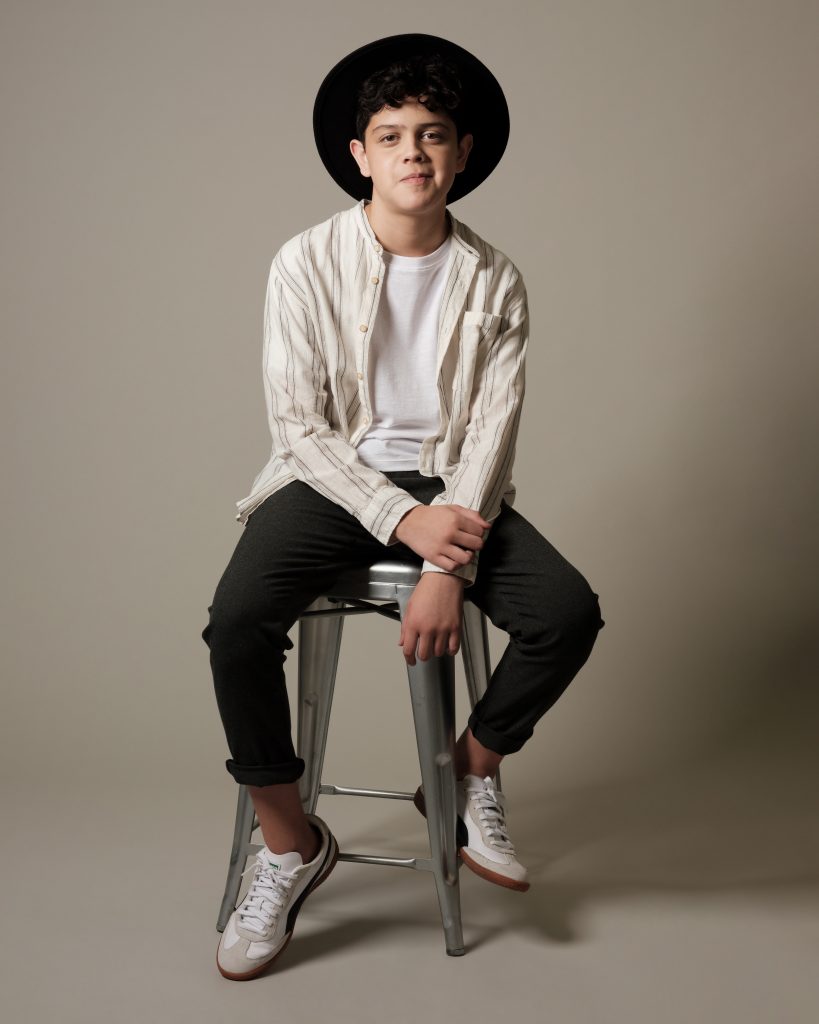 However, the young actor still hopes there’s a chance for Pugsley to attend Nevermore Academy in the future. “I think it would make sense for both siblings to attend the same academy. There would be some crazy adventures! Plus, they are always getting into trouble,” he teases. “That could be really fun to shoot!”

Being on set to film Wednesday was amazing, according to Isaac. “I enjoyed getting to hang out and talk with the cast and crew. I loved every minute of it. Everyone was so cool and friendly,” he shares.

“We filmed in Romania and I was surprised by how different the lifestyles are in LA and Romania,” he continues. “I haven’t traveled too much, except when I’m filming, so seeing the architecture in Romania was really cool. It was so different than in LA. I do have to say though – I really miss those Romanian blueberries.”

Behind the scenes, celebrated film icon Tim Burton takes the helm as the director of the first episode of the series (he also directed 3 more episodes). Known for his unique style of storytelling and the number of macabre works throughout his career, Tim Burton is the ideal choice to kick off Wednesday’s own series.

“I was excited and a bit nervous about meeting him for the first time,” Isaac confesses. “My dad is a huge fan, so of course, I am too! I’ve watched everything he’s ever done on repeat. He is such a nice guy.” The actor shares how Tim called him shortly after he arrived in Romania to see how he was settling in. “Tim is the most amazing director I have worked with. He is very clear and detailed in expressing his vision on set.”

What’s so cool is that the whole family loves each other so much – there really isn’t any fighting between them. Not maliciously, anyway. Just Wednesday torturing Pugsley.

Though he wanted to ask the famed director for a selfie and to sign a copy of his book The Melancholy Death of Oyster Boy & Other Stories, Isaac refrained. “I wanted to be professional,” he shares.

Gandja Monteiro directed two episodes of the series (the remaining two by James Marshall) and when asked about her directing style, and how it compares to someone like Tim Burton, Isaac can’t help but praise her work. “She is so talented!” he says. “Her style is very different from Tim’s. She’s much less dark and more comedic. It’s hard to put into words, but I would love to work with her again in the future!”

Though this is not the first foray into expanding the lore, or the focus, of The Addams Family, Wednesday offers a chance to see the family through a new point of view. Wednesday, most famously brought to life by Christina Ricci in the ‘90s, and who does appear in the new series, has become a fan favorite character over the years, a sentiment that Isaac is a part of as well.

“I think she is cool and her dark humor is amusing,” he says after stating Wednesday to be his favorite Addams family member. “She’s always so deadpan and dry with her delivery that it catches you off guard. The audience, and the person she’s talking to, don’t know if she’s being serious or sarcastic. She’s also always getting into trouble, but she’s so cool, she somehow pulls it off!”

Though they are described by their theme song to be creepy, kooky, mysterious, and spooky, the Addams never see themselves as the odd ones out. It has become a charming and endearing trait of theirs that audiences have adored over the years. No matter how eccentric they may seem, they are authentically themselves, they are happy, and they are loved.

“My favorite Addams family quirk is that they are naturally dark and they don’t realize that they are different from everyday people,” Isaac says. “But what’s so cool is that the whole family loves each other so much – there really isn’t any fighting between them.” He adds, “Not maliciously, anyway. Just Wednesday torturing Pugsley.”

*This interview has been edited for clarity and length.