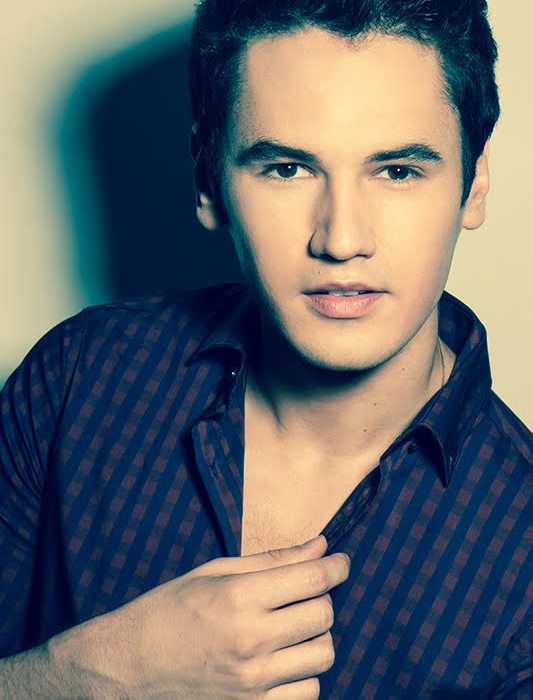 When the second half of season five of the critically acclaimed MTV series “Awkward” airs this spring, it will be the last chapter for the show.

The final part of the series will explore the characters lives one year after their high school graduation and offer explanations as to what occurred during the time jump. Fans will be pleased to know that there will be closure for some of their favorite characters and relationships.

Monty Geer who plays the pessimistic Cole on the show. He states that what his character does post-graduation wouldn’t surprise anyone. “I could see him owning a hidden dance club in a fake Starbucks, or getting bored of the [United States] and becoming a dictator in Guatemala,” he says. “Personally, I’d like the second option… But that’s mainly because I want to film in Guatemala.”

Since first appearing in season four, Cole has become even more insane than he seemed at first, and that’s in part due to Monty getting comfortable around the cast and crew. He says, “I feel like [Cole] has gotten even crazier. I used to be cautious acting around other actors because I didn’t want to ‘get in their space’. But now I do anything. I steal their hats, grab them as they walk by, and throw yearbooks at them; anything to mess with someone.”

Despite how crazy and how negative his character Cole can be, Monty has no plans to change him, if he ever could which is what Twitter fan @Datfeli was curious about. He does joke, though, about those glasses he wears. “Give him contacts and get rid of those big goofy glasses. No, I’m joking. I really like Cole as a character and love playing him how he is, glasses and all.”

Although, Monty doesn’t think that this translates to the idea that he’d be best buddies with his character if they went to the same high school. “I would have been terrified of him. I probably never would have been a close friend with him; he’s too negative. But I would have appreciated his sense of humor.”

“I love doing scenes with Sadie [Molly Tarlov],” he says of which character he wishes Cole got to interact with more. “Molly and I did a few episodes together last season, but I would always love to do more. She has a similar attitude that Theo and Cole have, and when all three of us team up, it’s dangerous for the other characters… Muhahaha!”

Maybe fans could see that in a spinoff… Though there’s been rumors of an “Awkward” spinoff, there has been no word on such. But the second half of the finale season has yet to even air, so Monty is focusing on that at the moment.

“The season finale is pretty great,” he says of which episode he’s most excited for fans to see. “Everyone is waiting to see what happens with Jenna and Matty and all of that comes to a closure! I think everyone will be pretty happy with our last episodes of ‘Awkward,'” he says with great confidence.

Monty remembers some fun times on set as well, that he’ll cherish even after the finale airs. “In one scene in season five,” Monty remembers, “Evan and I were breathing in helium from balloons and speaking in high-pitches voices. We had to do around 15 takes, so everyone wanted us to breathe in non-helium balloons and fake our high-pitches voices.” Things went as planned for the duo until they decided to shake things up on the last take. “We pretended to breathe in the oxygen but secretly snuck in helium for the last actual shot. We wanted to make our high-pitched voices realistic!”

This just goes further to express how comfortable Monty became on set. During his first days filming way back in season four, he recalls being terrified of getting fired on his very first day. “Every time our director came over and gave me a note, I thought the note would say, ‘Go home!'” Things were drastically different at the end though. Monty says, “On the other hand, on the last day I was like, ‘Step aside, Pete [director], I’ll take it from here!'”

Another thing Monty took from being on the set of “Awkward” was that 100% complete preparedness was not always the key.

Monty says, “With ‘Awkward,’ I learned that actors need to let go of all their preparation and just stay in the moment. I’m a perfectionist, so I would heavily work my scenes the days before we shot. But when it came to the shoot, I had to stop analyzing my performance, seeing if I got it ‘perfect’. I just needed to let go and see what came out of me.”

With the finale episodes of “Awkward” airing in the next few months, fans of Monty will be able to see a completely different side of him in the short film “The Adventures of Sam Wolf”. In the short, he’ll play Matthew, who is blind and a difference of a character from what fans are used to with Cole.

“There’s lots of anger and crying,” he says of the dramatic short. One day filming really sticks to mind though. “But the worst part was I had to do this fake fall on the ground for about eight takes. I really wanted to sell it so I kept leaping on these rocks with everything I had. By the time I went home, I had bruises all over my ribs.” His final thoughts on the excruciating process for the scene? “Worth it!”

Just in the beginning of the year, Monty has high hopes for what’s to come in 2016! “I shot a pilot called ‘Ed Quinn Vs’,” he reveals. “It’s a fantasy/Bear Grylls type show, where I had to learn what to do if I woke up with super powers. It was a ton of fun,” he exclaims. “I shot with tanks, fell off a ceiling, and did lots of flying stunts. We even got Stan Lee and David Alan Grier in it, and they were both amazing to act with!”

Monty sends his thanks to his fans, for their enthusiasm, spanning from his acting projects to his next Snapchat. “Thanks for the support, guys!” he exclaims. “I love you all so much!”

Jack Skuller On His Love For Music and What’s Next

In 2012, blues/rock artist Jack Skuller could be heard on Radio Disney and seen on Disney Channel competing in season 5 of Radio Disney’s…