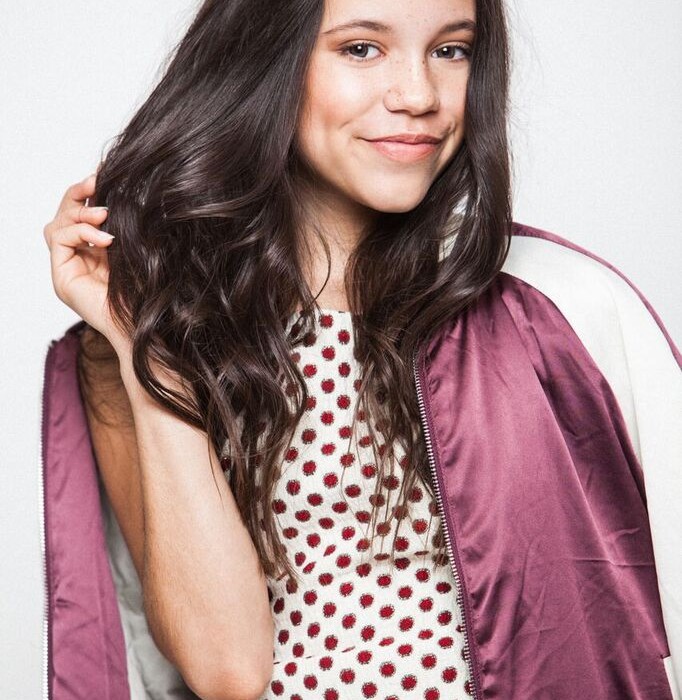 In recent years, The Walt Disney Company has thrown its full support behind Science, Technology, Engineering, and Math education (STEM, or, as of recent, sometimes referred to as STEAM to include Arts) and the programs promoting it. With hit shows and movies like A.N.T. Farm, “How to Build a Better Boy”, and the mega hit feature film “Big Hero 6”, Disney has been able to showcase the various areas of STEM and present them to their audiences of all ages.

This is why the new Disney Channel series Stuck in the Middle fits in so well with the company’s game plan.

Following the life of ‘middle child’ Harley Diaz, played by Jenna Ortega, audiences will get the chance to see her navigate the so-called chaos of her family with six siblings, but with a few fresh twists on the typical sitcom format. Unlike most Disney Channel sitcoms, Stuck in the Middle will be a single camera format with Jenna’s character breaking the fourth wall and speaking directly to viewers. 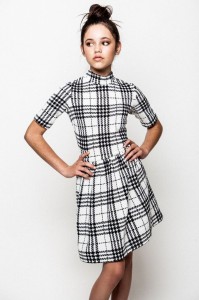 Most importantly, Harley, a young Latina, is the show’s brilliant engineer.

Jenna cites these as some of the aspects she’s most proud of when it comes to Stuck in the Middle. “I am most proud of the fact that Stuck in the Middle is a single-camera show because it looks more like a movie than your usual Disney show. I am also really happy that Disney chose to be more diverse when choosing our cast. I am extremely honored that they picked me and hope that I can inspire other young Latina’s to follow their dreams.”

Being on a show like Stuck in the Middle will not only inspire children, especially girls, to continue to work hard on what interests them, but it also allows some of those less scientifically-inclined (Guilty!) to explore what life could be like.

Describing her character, Jenna says, “Harley is the middle child in a family of seven kids. She is a super smart inventor who is sassy, determined, and creative. She sometimes feels like she is overlooked in the family, but she is actually the engine of the family that keeps them all going. Nothing can stand in her way!” Jenna states that even though Harley’s life is absolute chaos and her family can be too much sometimes, she “loves her family very much and wouldn’t trade them for anyone else.”

In fact, Jenna can definitely relate to Harley about being a middle child. “Harley and I are both the middle children in big families, and we are the same age. We both enjoy science, even though she is probably wayyy better at it!”

“Prior to the show, I was interested in engineering, but not a whole lot,” Jenna admits. “I always thought about how cool it would be to be able to make things for free in your own home, but I have tried it multiple times and have failed miserably! Harley is incredibly talented but I have not learned to invent things,” she says, giving credit for all of Harley’s amazing inventions to the special effects and props teams! She continues, “[They] make it all look so easy! A lot of work goes into Harley’s inventions, work that is very much appreciated!”

On the show, however, Harley is constantly hard at work, which has paid off considering she’s created nine inventions so far. Of course, what’s all that hard work without any fun? If she could, Jenna would take that slushy machine. “I would definitely use a slushy machine, but I would use it for smoothies instead because I LOVE fruit smoothies,” she dishes!

Calling the show relatable, funny, and heart-warming, Jenna tells Teenplicity what fans can expect to see. “A lot of chaos, relatable family problems, and funny situations that you cannot help but enjoy watching!”

Jenna encourages fans to check out the show when it premieres this weekend. She says, “Fans should watch Stuck in the Middle because Harley talks to the camera. She is basically having a conversation with audience. They should also tune in because the Diaz family gets into some crazy situations that you cannot help laughing at. It is definitely a show that families can enjoy together!”

Through the process of getting onto the show and filming, Jenna says, “I have learned that with some hard work, dedication, and prayers, dreams do come true.”

Jenna thanks her fans for their continued support as her dreams have come true. “I love all of them and appreciate their support. I want them to follow their dreams – I believe in all of them!”

The Canadian actress looks at her character’s growth since her introduction and the obstacles ahead in season six.