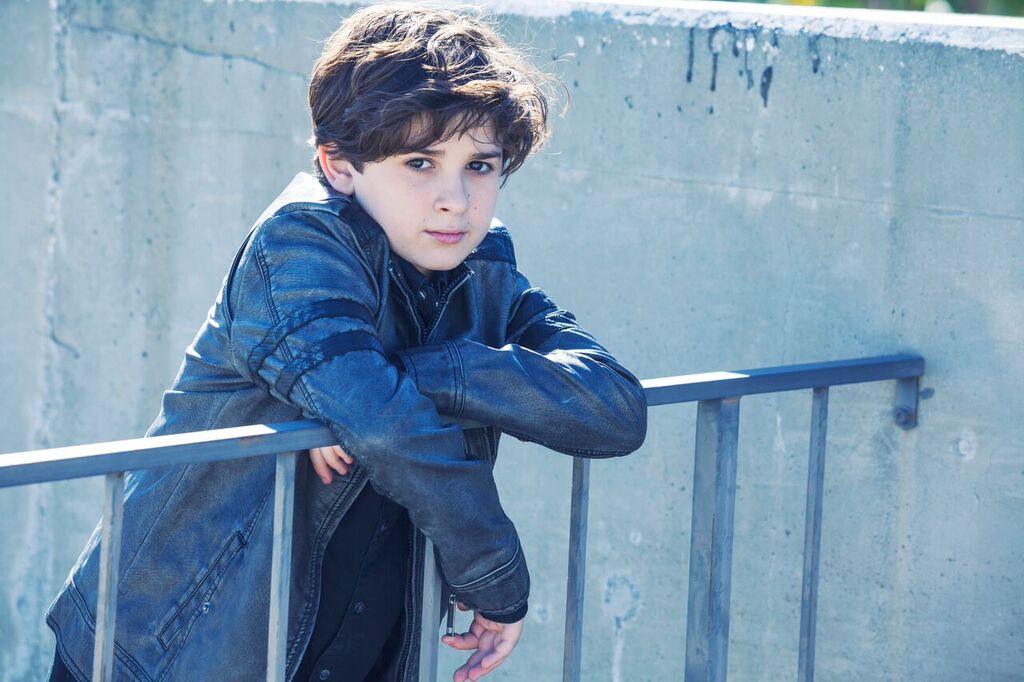 Horror films have been around for decades, peaking in the 1980s with films like “A Nightmare on Elm Street” and “The Shining”. The horror genre was around long before films were made and had survived for so long because they play into natural fears that people face. They test the limits and creep in where people are most vulnerable.

One of the newest films to join the long list of horror movies is “The Other Side of the Door”, which tells the story of a mother burdened with grief and despite to contact her son. Jax Malcolm plays Oliver, a boy who meets an unfortunate accident which causes the change of tides in the movie.

“’The Other Side of the Door’ is a horror movie with a lot of supernatural elements. I play the voice of Oliver and Oliver’s ghost,” says Jax. He explains, “He loses his life in an unfortunate car accident and his mom misses him a lot. She wants to see him again and instead of just talking to him, she lets him out of the underworld and into our world.”

Fans of horror will not be disappointed, according to Jax. “It’s super creepy if you like scary movies!”

Contrary to most ghost stories and horror movies, once Jax’s character Oliver passes, his voice is heard mainly. “My work on this film was in the recording studio with Director Johannes Roberts,” Jax says. “He really helped describe everything that was going on in my scenes. I was also shown tons of clips of the film to add my voice to. It was pretty cool to see everything done and then get to add my voice to it!”

Jax explains the difference between being in front of the camera and just a vocal performance.

“I really enjoy both equally. The best part of voiceover work is that you [get to go to] the studio in pajamas if you want to. You don’t have to worry about how you look because no one sees you on film. The best part of being on camera is just the opportunity you get to bring a character to life and show the emotion, not just through your voice, but through your actions and body language! Both are really so much fun!”

Even though Jax is starring in the film and knows the script, he isn’t immune to the ‘creep factor’ the movie carries with it. “The whole basis of the film is pretty freaky if you think about – the kid passes away and comes back to haunt his family. Scary stuff, seriously!” he exclaims.

Unlike some movies of recent times, “The Other Side of the Door” is not a “hacker flick” as Jax calls it. He says, “It’s really based in the emotions of the characters. When this boy died, the family, especially his mom, was really torn apart. His mom has such a hard time getting over the loss that she starts a chain reaction of scary stuff that will blow your mind!”

Since Jax quickly becomes heard more than seen during the film, if he were invisible for a day, he has a pretty fun idea of how he’s enjoy it.

“I would definitely be able to get away with a lot of extra candy and treats because my parents wouldn’t be able to stop me,” he imagines. “It would be especially fun if it was a day I was on set and got to raid the craft services truck!”

When he’s not dreaming about sneaking extra candy or haunting his on-screen family, Jax is productive in his off time, being a true leader in his community. Recently, he was awarded the Leadership Medal from his school.

“My hope is that it would inspire other kids to take an active role in both their school and their community,” Jax explains of what he hopes to influence in others. “While I’m in leadership and was elected Vice President at school this year, I also volunteer my time as a Jr. Ambassador for Children’s Hospital Los Angeles. I think it’s important for kids to help out.”

Even with such a jam packed schedule, Jax still finds time to be a competitive swimmer and a lifeguard. He says, “I’m a competitive swimmer, and was a Certified Los Angeles County Junior Lifeguard this past year, but I had a very serious shoulder injury that has kept me out of the water for more than six months.” Though the experience has been tough, Jax has kept his head held high and learned a lot. “I’ve been rehabbing in physical therapy and swim practice to build up my strength and get my times back. There were some really tough times when I wasn’t able to compete with my team. What being injured like this has taught me is that if something matters enough, I’ll find a way to work for it to make it happen. I’m currently at about 60 percent of where I was before my injury but my goal is to qualify for Junior Olympics again this summer.”

How does he manage to do so much and keep a level head on his shoulders? The advice from his parents to “go with the flow”. He says, “This helps me to stay flexible and not get stressed out when I get a last minute audition or even a pop quiz at school so if you relax for a minute, take a deep breath, and go with the flow, everything will turn out pretty good.”

With everything he has been going through personally and professionally, Jax sends out his biggest thanks to his fans.

“Thank you, thank you, and thank you for supporting me on this wild ride! This is only the beginning, there’s plenty more to come and I’m so happy to have you share it with me!”

“The Other Side of the Door” comes out in theaters on March 4th.