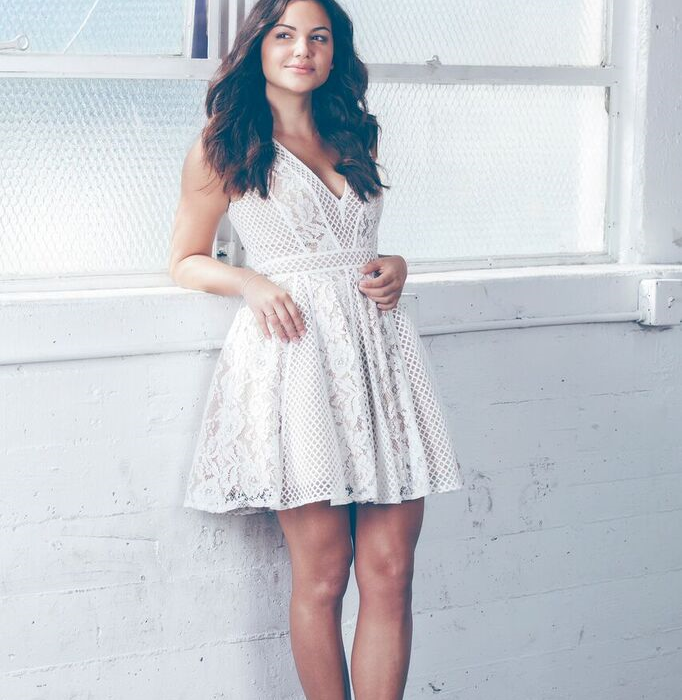 Performance is in Gabriela Lopez’s blood. She was born with the urge to entertain others, as seen from the early age of nine when she entered her 4th grade reading contest. Gabriela chose this time to perform parts of the novel Charlie and the Chocolate Factory, acting out various characters, instead of just reading a selection from it, ultimately earning Gabriela her first award.

The acting classes she took following this memorable performance and the other plays she participated in helped her hone her talent. All of this hard work paid off, as Gabriela joined the cast of big box office movies like “Million Dollar Arm” and the recently released “The 5th Wave”.

In the film “The 5th Wave,” Gabriela finds herself playing Lizbeth, Chloe Grace Moretz’s best friend. “I was just a boy-crazed teenager, just having a good time, kind of like the life of the party,” Gabriela says of her character. “That’s kind of like how I see her and people have commented already and said ‘Yes! I want to be best friends with her!’ Like yes, that’s all I wanted!”

For fans of the series, they need not worry about any changes to the character due to the transition from the print to screen.

Gabriela spills, “I think she’s really spot on. People are like, ‘Oh, it’s perfect!’ I think we made it for the fans, really, so I think it was spot on for them. I think from what I got in the book, she’s pretty much the exact same. She’s that kind of girl that just has a good time and takes the most of every moment.”

Following in the similar footsteps of series like Harry Potter, The Hunger Games, and Percy Jackson, a lot of excitement breeds from the simple announcement of the a film based off of a popular book. “Oh my gosh,” Gabriela begins, as she remembers her excitement. “Right after I auditioned, I bought the book and I was like, ‘Oh my gosh! This is me from the book!’ That was my initial excitement.” She also dishes that she was extremely excited to work with Chloe, who she was a huge fan of prior to the movie. “I’ve been a fan of Chloe’s since ‘Amityville Horror’. That was like her first film ever. I’ve wanted to work with her for a long time so that was also really exciting for me as an actor to get to work opposite her.”

One scene that Gabriela and fans have been very happy about was the party scene involving her character Lizbeth and Chloe’s character Cassie. “The party scene; they like the party scene because you get to see Cassie having a normal life, before all of this stuff happens and that’s really the only scene that you get to see that in the film,” Gabriela reveals. She says, “I have people commenting to me like they like the scene and they can see how much fun we’re having. They can see the chemistry we have on-screen, which we also have off-screen.”

The only major difficulty she faced while filming was getting back into the age of 16. “I’m not 16 anymore so I was like, ‘Oh, I’m going to go get some teen magazines, listen to music I used to listen to when I was that age.’ And talking to Chloe too [helped]! She was 17 when we were filming and I was like, ‘Okay, cool!’ We would just vibe too and that’s how I would get into character.” She jokes, “I mean, I’m a young lady but I’m not 16.”

Perhaps it was those talks before scenes that really cemented the bond between the girls, as their chemistry off-screen was blissfully obvious during the movie. Some of Gabriela’s favorite memories from set were when she and Chloe would unintentionally work in-sync together.

Their connection was nearly immediate. “Chloe and I had only known each other for a couple of days and then we’re just like – when you have the chemistry with somebody, it comes out like that.”

When twitter fan @3rdEye4Life asked Gabriela how many waves she thought she would survive, Gabriela’s confidence was evident in her answer. “I mean, considering I’m sort of sick right now, I don’t know if I’d make it past the third wave,” she says, referring to the fact that she had no voice the day prior to her interview with Teenplicity. With a laugh, she continues. “But I mean, if my immune system is on point, which it has been for the past year, I would probably say – I think I would make it. I think I could make it past it. I think the only one that might stump me is the third. That’s a tough one but I think I would make it all the way to the fifth wave!” The same persistence and determination she uses with acting would help her make it out of any situation the waves would put her in. “Even if I get quarantined, I’d get out! And then, make it all the way to the fifth wave.” 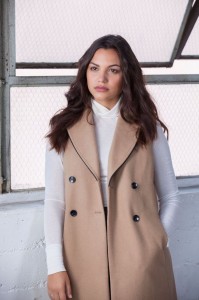 When she’s not fantasizing about how long she would last a world-ending scenario, Gabriela works with her best friend Taylor. Recently, they wrote and produced a short film called “Unrelated”. On working with her best friend, she says they work really well together. “You would think sometimes that working with your best friend might get kind of crazy but no, we work so well together. It was awesome,” she says. “I did not know how much went into post-sound. Like all these sounds I notice watching films now – it blows my mind. I’m like ‘Oh! You have to have this sound happen here!’ like all these intricate details, like all these artists, these colorists, these post-sound people. I mean, all things that make a film look and feel like what it is and I didn’t realize all those things go into it. It’s a lot just for a seven minute film. I have so much more respect because I know what it is. Not that I didn’t before but now I understand the little details that each person is putting into it; it’s just a huge beautiful collaboration of projects. Acting is just one bit of it in this huge masterpiece.”

While she enjoyed all the hard work that went into the piece, Gabriela will admit that producing is not her favorite thing to do. However, she wants to be able to explore other avenues behind the cameras.

“Directing is something that I really want to do,” she confesses. “I’ve been writing a few projects with some friends, you know… writing a pilot. We may pitch it, see what happens. There’s possibilities for things to happen. Yeah, I might actually be directing my first short film in the next couple of weeks. I’m excited to be learning more about these things in the next couple of weeks. Eventually, I hope to do it on a bigger scale.”

Gabriela has high hopes for what she wants to accomplish in the next two years. “I hope there’s a lot!” she exclaims with a laugh. “I really do hope I get to have an opportunity to star in my own film. Star in a film, period. And to be working and also, I would love to get involved in so many things and everything that I’m given, I want to give back. I just hope I can continue that cycle of working and giving to others. I’m just excited to see what happens in the next two years. I hope things just kind of take off and explode.”

When things explode, Gabriela will be remembering the support she’s received from fans along her journey. “First of all, thank you for the support and believing in me, because you have been so incredible!” she gushes. Gabriela recalls how they make her feel better whenever she’s having any doubts or feeling low. “It’s such a hard industry – I appreciate and love their support.” It’s because of this unwavering support that she hopes to encourage her fans to follow in their dreams as well.

The 5th Wave is in theaters nationwide now.