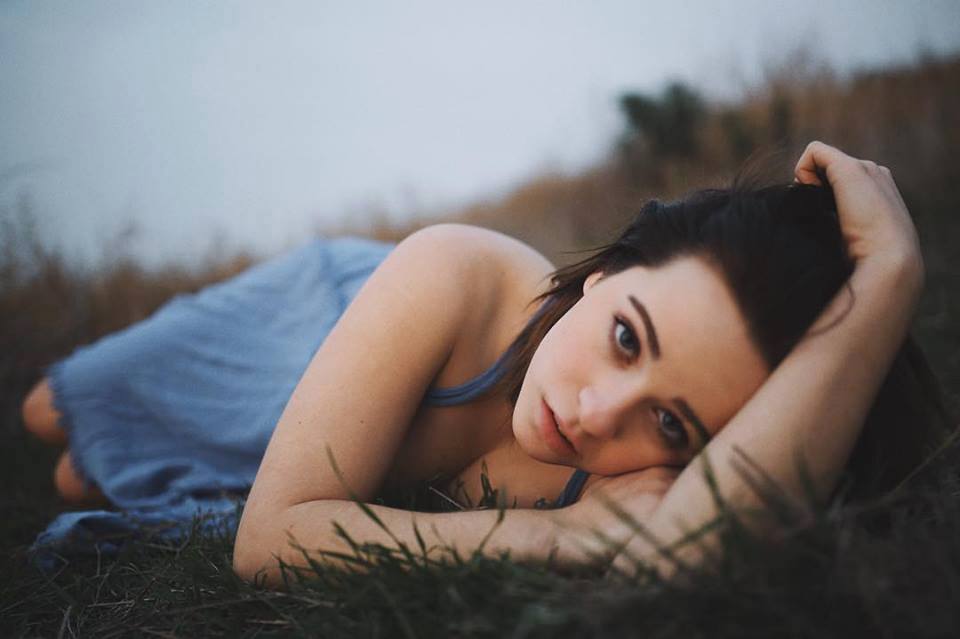 Whoever said that social networks never helped anybody is a liar. Let’s just establish that right now, okay? Now, more than ever, aspiring artists are just one click away from sharing their talents and being discovered. For sixteen-year-old Cailee Rae, sharing an Instagram post of her singing is what started it all. Along with her amazing covers on Youtube, she also writes her own songs taking either from personal experience or envisioning stories from those that she observes elsewhere. She’s also a self-taught musician learning how to play instruments from Youtube tutorials.

A big thing Cailee Rae has talked about time and time again is the use of voice and how important music has been to helping her. So, the first question I asked her was if she had a song that really felt like it spoke to her, “I think a lot of artists voices do that to me. Especially Sam Smith who’s voice definitely hits me in a certain spot. But a song that really does that would definitely be the acoustic version of ‘This is Gospel’ by Panic! At the Disco. The lyrics of that song just speak to me and I think it has a lot of meaning behind it and I really love his voice.”

She, herself, struggled with coming to terms with and accepting the way that she sounded. However, she managed to find solace in her voice, “Well, I really had to get over a mental barrier of just being okay with my tone.”  Cailee Rae continued, sharing the significance of not giving up, “I think when people start to sing and really start to practice singing and singing songs and writing songs, I think they get really interested about the way they sound and compare themselves to other artists and I think something I really had to do was just kind of practice with my own voice and really just compare myself to myself instead of comparing myself to other artists.”  Not only is there a value in playing to your strengths, there’s also a value in putting a focus on what you can bring to the table instead of obsessing over what you can’t, “I just found ways to make myself sound better in ways that I like and did certain things that I liked.” 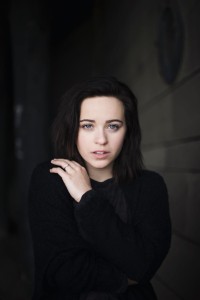 “I’m a huge Twenty One Pilots fan and I think one of the most fun ones to make was the House of Gold one I made awhile ago actually,” Cailee Rae revealed to about her favorite cover that she’s made so far, “It was really fun to make that. It was when they were first coming out and they were smaller and now they’re bigger which is cool.”

Out of curiosity, I asked her a little more about her process when creating covers. More specifically, I asked her about how she decided the way she wanted each cover to sound, “I think I really pay attention to the lyrics because if it’s a song that’s more upbeat and has really meaningful lyrics, I love to break those songs down. Or if it’s a really slow song, I love to make those–I love to do the opposite pretty much.” She laughed before continuing, “I just really love to play around and have fun with melodies and things that people really wouldn’t do with the song and I try to make them as different as possible. It takes sometimes thirty minutes and sometimes five minutes, it really depends on if I already had the idea or how different I wanna make it.”

About her original music, Cailee Rae wants it to impact her listeners the same way that music impacts her, “I really hope it helps them find a voice and I really hope it helps them relate because that’s like one of my main goals through music. Growing up, music was my crutch on a way to feel appreciated and to feel like everyone else and to accept my uniqueness at the same time. And I think that’s something that I love to do with my own music; make it really relatable and at the same time, fun and easy and just really fun to dance to, but at the same time, I want people to be able to say, ‘Oh my God, I totally understand that!’ And I think that’s why I love writing songs because I can write it about a personal experience I went through, but at the same time, it’s just general enough to where someone else can listen to it and put it through their own experiences as well.”

“My upcoming music is different from the ones that I have on iTunes now,” she told me while we were discussing her what we could expect from her this year. “I definitely have matured a lot as an artist and grown and accepted myself as an artist even more and I had a lot of fun making these songs. They’re really fun and really relatable and I really hope everyone loves them as much as I do.” If you’re wondering what her favorite song that she’s written so far is, it’s actually within this batch of new songs coming soon, “My favorite song that I’ve made is actually one that I’m releasing very soon, it’s called ‘Anchor’. It’s coming out really, really soon, I’m really excited about it. But, it’s probably my favorite song I’ve ever written,” she gushed.

Along with new music, usually comes a tour and while there is no definite answer to if she’s going on tour yet or not, Cailee Rae is definitely hopeful and up for it, “I really hope that once the music comes out and really spreads its way around–and everyone hopefully loves it–I hope that I can go on tour and see all of my CaiBaes and hopefully give them a lot of hugs and kisses and selfies I think that will be a lot of fun. So hopefully, towards the end of the year once the music comes out. I would love to either open for a tour or do my own tour, I think that would be really fun.”

Speaking of CaiBaes, I couldn’t help but bring up how I adored the name to which she laughed and couldn’t help excitedly praising the name and her fans for coming up with it, “They are so amazing! They literally thought of it themselves. I, like, remember being on Instagram and seeing someone had written that and being like ‘Guys! We should be the Cai Baes!’ and I was like ‘Oh my God I’m totally for that!’ They started writing it and everything, it was awesome.”

Aside from the support that she receives from her adoring CaiBaes which she can’t help but be grateful for and appreciative of, her favorite thing about her fandom is the fact that they’re so much more than a fandom, they’re a family: “They’re all just super supportive and I love that. Like, they all just love each other and one of my huge things is self-love and they’re all really teaching that to each other. And I love that we’ve created like this family they’re so strong and so supportive and loving of each other and the second that someone is having a bad day, it’s not just about me like they go to each other and help each other and Skype each other and it’s cool. One of my fans actually, she’s in England or something like that, and my other fan is in like Wisconsin and they Skype and it’s, like, so cool. So they’re really close which I love.” [If you really want to hear how passionate she sounded talking about her CaiBaes, you can listen here, it really is the sweetest]

In her recent interview with Talk Nerdy With Us (recent as in it just came out literally yesterday), Cailee Rae mentioned that she is very open about her life and because she has nothing to hide. But, what’s one thing that readers might be surprised to actually know about her? “I think something they might be surprised about is that I actually am obsessed with all things that’s makeup and fashion. I think a lot of people don’t know that about me. They just kind of think, like, I love music and that kind of thing but I actually really love makeup and clothes and things like that. I have like a really large appreciation for it. So yeah, I don’t think a lot of people really know that.”

And while she’s unsure on if she’ll put out any Youtube tutorials or anything of that nature, she actually does have something in the works that fans will have something to be excited about, “I think one day it would be cool to come out with something little that has to do with makeup or something like that. I have, actually, I just customized my own lip gloss for Smashbox last week which was really fun and that comes out really soon. It’s like a giveaway which I’m  really excited about. But, just like little things like that, I would love to do, I think that would be really fun.”

So just to do a quick recap, at sixteen, Cailee Rae is working on her music, customizing her own lip gloss, has one of the most adorable relationships with 103.5 KISS FM’s Jack Dytrych (subtle Chicago shout out here). But, she’s also working with the non-profit organization Wish Upon a Teen which actually happened thanks to a spa day, “I got involved in Wish Upon a Teen, actually, I went to this place, I went to get a facial once. My mom was like, ‘Hey, you wanna get a facial?’ And I was like ‘Yes! Totally!’ And I went to get this facial for like–I think it was before my birthday. The lady there, I had told her about my music and she does these little events and Wish Upon a Teen was there. It was a Kids With Cancer event and I ended up connecting with them there. I fell in love with the whole charity and everything about it, so I became an ambassador for them. And it was cool because I’m the youngest to ever be with them so it was really fun, but I love it, I get to go to hospitals and sing to little kids and hang out with them and paint their nails and stuff, it’s really fun.”

As we wrapped up the interview, Cailee Rae shared with me some words of wisdom that she’s learned so far growing up, “I think I’ve learned that you need to accept your emotions, and I think it’s really important to love yourself and really just go through those emotions and take them as lessons because it’s not wrong for you to feel certain emotions and wrong for you to feel certain things because you’re supposed to, you’re growing up. And the best thing you can do is embrace them and go through them and learn the best lessons you can through them.”

“Magic, Music, and Me” with Kennedy Slocum

Magic is in the air…Or maybe not so much, at least for the young witch “Ruby” played by actress Kennedy Slocum on the new…