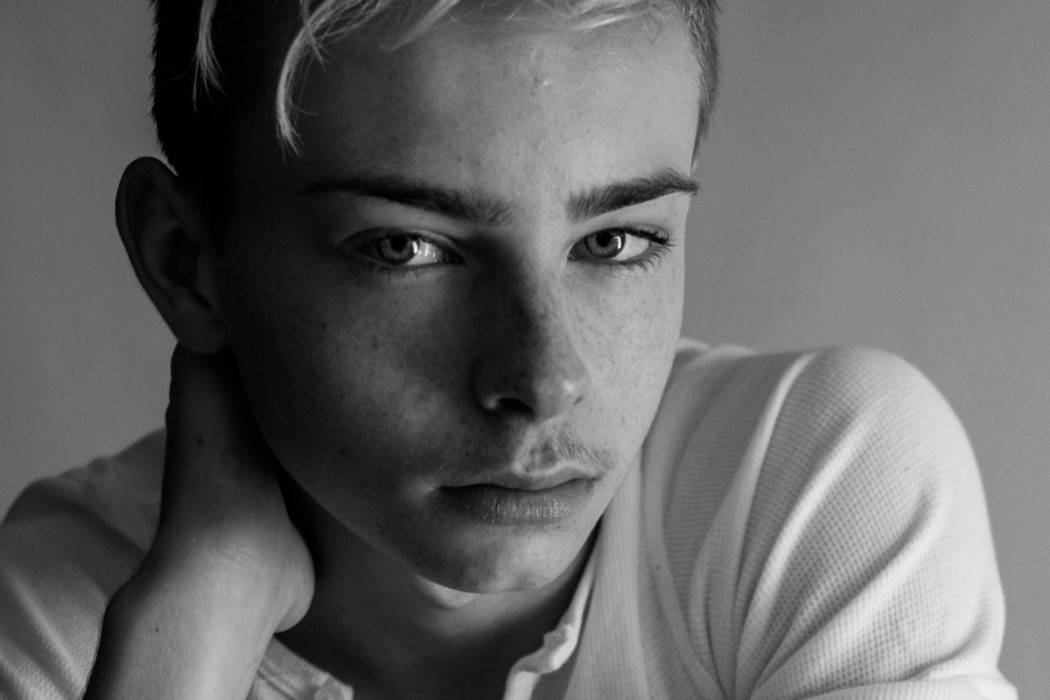 At seventeen years old, Chris Bones is already getting to live his dream; being a musician. Born in Oklahoma, Chris has also lived in New York and California which has helped influence him when it comes to making music, “always moving and traveling has taught me to listen to all different genres of music.” When it comes to crafting a song he, “gets inspiration from almost every single genre of music,” he told us.

His passion for performing, whether it be singing or acting came from his childhood in which he revealed that he always had an interest in showcasing his artistic abilities. As a child, he participated in musical theater appearing in such productions as Oliver and A Christmas Carol, describing musical theatre as, “super intense and scripted, but an art in itself,” when comparing it to performing at a concert which he feels is more free and spontaneous.

Chris is currently on the National High School Tour with the organization High School Nation where he gets to bring his love for music to public schools providing students with free entertainment during their lunch periods. “The High School Nation tour that I’ve been on has been going amazing! I’m loving being on tour and every day being able to perform and connect with an audience,” he described headlining the tour. The tour have featured acts such as Cody Simpson, Drake Bell, and Wale in past years.

Next to performing his own music which he said was, “unlike anything else,” his next favorite about being an artist is being able to connect with his fans. He even has a fan-made sign that says “Chris Bones Rocks” with lights, stickers, and stars hanging in his room.

While he inspires his fans, Chris admitted that he loved artists such as Michael Jackson, Beyonce, and Prince although when it came to inspiration, he preferred that he do his own thing and try to make his music as unique as possible.

“I’ve always needed music,” he responded when asked about the moment he realized how important music was to him, “I hate silence and every time I’m somewhere where it’s silent, it makes me realize how much music means to me. I couldn’t live without music.” Lucky for him, being a musician, life is almost never quiet or dull.

With his love for art in general helping to power him, he looks at being an artist as something beautiful and precious,

“The greatest thing about being an artist in anything is that since its art, it’s yours and it’s personal. Nobody can take it away from you. Nobody can take away my voice, or my creativity, or a character I create. It’s honest and amazing. Sure, people will always hate on you because not everyone will like or appreciate your art. But you still have it no matter what.”

While the High School Nation tour is coming to a close at the end of this month, Chris still has a lot to look forward to in terms of his career, both in music and acting, and his life in general. “Life is amazing and where it’s taken me I could’ve never predicted,” Chris said about his current success. He couldn’t be farther from the truth, aside from his love for art, Chris is also a student pilot due to his love for planes which he gives credit to his grandfather; a fighter pilot in WWII. He also supports charities that support tigers, which he considers to be his spirit animal. And like he isn’t busy enough, Chris is also planning to start his own clothing line titled, Bones. He may be young, but Chris has his life already planned out for himself, this truly is really just the start.

The 5 must have things for Chris on tour:

You can keep up to date on all things Chris Bones by checking out his Website, Twitter, Youtube, and Facebook accounts. You can learn more about the High School Nation Tour including tour dates and how to get involved by checking out its Website.

Earbuds, Coffee, A very comfy pillow, a camera, and a notebook