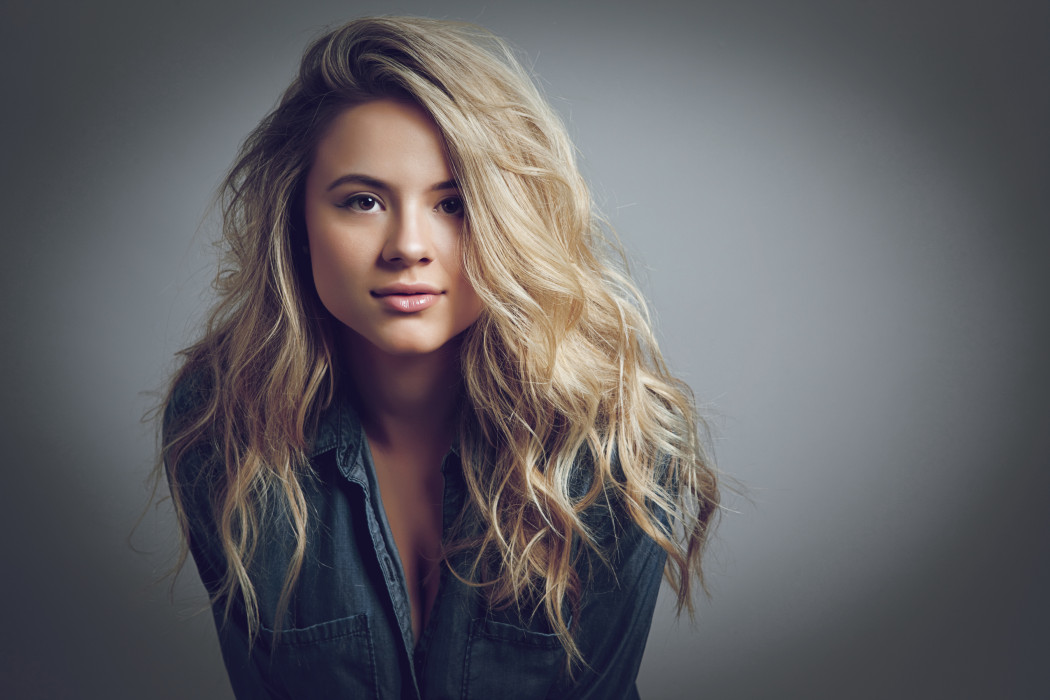 When some artists attempt to provide a mix of genres with a push and pull of tones, it doesn’t always succeed. In cases that it does, sometimes listeners are left confused, trying to piece how these different tracks are supposed to come together and reflect one artist or group. Other times, it works so well, with a seamless transition from one song to another, feeling more like unpeeling another layer to the artist rather than it feeling like listening to a whole new musician.

For Christina Taylor, she falls into the latter category.

A Florida native, though now a dual resident of Charlotte, North Carolina and Nashville, Tennessee, Christina grew up listening to Shania Twain, best known for her country pop and rock infuses. In addition to that, she listened to Britney Spears and Destiny’s Child. By the time she was three, she was even “head banging” to Marilyn Manson.

“I listened to just about everything growing up,” Christina explains. “What’s so cool about that is now that I’m making my own music, I have so much inspiration from different genres and artists to pull from.”

Releasing that song and seeing everyone’s reaction taught me that always being real and authentic in your music is important.

The budding artist considers her involvement with music to have started around then. By listening to anything and everything she could, and by being a dreamer, it was the jumping point for her future. As she continued to grow, Christina continued to listen to all types of music – whatever she could get her hands on. “I think you can hear that in my own,” she says of her music. “You can tell I don’t just listen and get inspiration from one artist, it’s a mosh out of people and songs that I get inspired by,” she continued.

“I’ve wanted to be a singer for as long as I can remember,” recalls Christina. However, she didn’t approach her parents about how serious she was until she was fifteen. “I’ve been working hard ever since then and I’d like to think I’ve made a lot of progress.”

It is undeniable that she did. Her debut EP “That Girl” was released in February and her background and skill became immediately noticeable. Through a journey of five songs, listeners are able to travel with Christina amidst the ups and downs of love and the stages of heartbreak.

Her first real heartbreak really influenced her music, according to the singer, specifically her “That Girl” EP.

“Before when I would write songs about heartbreak, I had to really put myself in other peoples shoes and imagine how I would feel because I hadn’t been through it, which as hard sometimes,” explains Christina. “Now having been through that, it’s inspired me so much on different subjects to write about and I feel that my words are truer and deeper because I’ve genuinely felt them.”

“As I’ve gotten older, my writing and style has changed so much because I’ve had more experiences since I was fifteen-years-old!” It took her writing and singing in all types of genres for her to realize what worked best and what didn’t. “Now that I’ve been through some real things, my music is real and more genuine than ever!” she expresses.

The title song from the EP holds an especially close spot to her heart. Telling the story of how she never thought she’d be the girl who couldn’t be alone, would curse her boyfriend’s name and blow up his phone, Christina sings about how she unknowingly turned into her and now doesn’t want to be anymore. She describes that girl to be the one who gives her heart but loses her mind. The first song she wrote when she got to Nashville, the singer enthuses in how amazing it felt to finally release it. “Releasing that song and seeing everyone’s reaction taught me that always being real and authentic in your music is important. That song is so real and raw and I think that’s why people gravitate to it,” she says.

I think it’s important that whatever you’re writing about is real and honest. When I write, I like to write 100% how I feel, no sugar coating anything.

As important as the song is to her, so are the others on her EP so it’s a difficult choice to pick a favorite when Teenplicity asked just that.

“I always have a different favorite every day because I love all of them so much!” she exclaims. She compromises, saying, “Right now, my favorite is ‘Don’t Look Good In Your T-Shirt Anymore’ because there are so many songs by males talking about a girl looking good in their t-shirt. I wanted to be the female that spoke up and said, ‘Hey, what if I don’t look good in your t-shirt anymore?’” In the song, Christina sings about suspicions concerning a girl who’s been claimed to be “just a friend”. “It was a way to symbolize falling out of love and I’m very proud of it,” she explains. Particular lyrics that explain how now her heart doesn’t race and she doesn’t blush because she knows the man of the song doesn’t love her anymore help drive the point home and have listeners empathize the experience.

When it comes to writing more sensitive topics closer to her heart, Christina says that she takes it more seriously than if she were writing about something else. “But it’s important to write on those topics because those usually end up being the most genuine songs,” reveals the country singer. “Chances are, if you’ve been through it then someone else has too. It’s so vital to write about those hard experiences.” As to which takes importance over others, Christina says she doesn’t think that one subject trumps another. “I think it’s important that whatever you’re writing about is real and honest. When I write, I like to write 100% how I feel, no sugar coating anything. And I think that’s so important to be able to relate to people. They don’t want to hear a sugar-coated version of your feelings; they want to hear how you really feel,” confesses Christina.

Being real, and picking songs that represent that, are important to Christina, especially when it came to deciding what to put on her EP. “I look for which songs represent who I am as an artist the best, which songs make me stand out from the crowd, and which songs I believe people will relate to the most,” she says of her decision process. “Because at the end of the day, I write songs for other people too, not just myself, so I want others to be able to relate to what I’m saying as well.”

Finding and writing a universal experience for listeners is one of the best things when it comes to songwriting.

“My favorite part about songwriting is not only being able to take your own experiences and put them to music but also being able to put myself in other people’s shoes when writing,” she explains. “I could be writing about something I haven’t necessarily been through but what I think is a good topic. I have to ask myself, ‘How would I feel if this happened to me? How would I react?’” She gushes, “I think you can come up with some cool stuff when approaching a song like that.”

I saw everyone else taking a traditional route and I was deciding to do something different and I will be honest – it was very scary and sometimes made me wonder if I was making the right decision!

When it comes to developing her own sound and tone, there’s an infinite number of muses that Christina can research thanks to her wide music library.

“I look up to Joss Stone, Eric Church, and P!nk. Each and every one of these artists are so raw and real and I try to emulate that on a daily basis,” says Christina. “The reason their music touches people is because they are unapologetic about how they feel. Being real is what makes you a true [artist].”

With all of the music she has been creating, Christina has also been able to share it with live audiences. One performance that sticks out in her mind was at the Carolina Country Music Festival. There, she opened up for Keith Urban, Maren Morris, and many more amazing artists. “Sharing the stage with them was a dream come true and really inspired me to work hard so I can be in their positions one day,” Christina reveals.

She has already faced hurdles when it comes to her climb to become a great country artist. Her determination and passion for music helped her overcome it and has allowed her to continue to grow.

“When I graduated high school, it was a hard decision for me to decide not to go to college and pursue music instead.” Christina confesses, “I saw everyone else taking a traditional route and I was deciding to do something different and I will be honest – it was very scary and sometimes made me wonder if I was making the right decision!” Any doubts that may have lingered are now gone as she expresses how glad she is to be different and not go that traditional route. “I love music, and it’s okay to be different!!” Enthusing, she says, “Embrace it.”

Going forward, Christina promises that her future music will always be “real, raw and true”. “I never want to be anything else and I think I owe that to people.”

The rising star teases, “I can’t give away too much but I am heading into the studio soon to record some special stuff and I can’t wait to release it for everyone to hear!”

Having such a grand musical library to choose from, Teenplicity couldn’t help but ask Christina what songs she would be on a mix CD. You can listen to the playlist here!

Christina Taylor’s debut EP ‘That Girl’ is available for download on iTunes and to listen on Spotify!

Releasing new music is an adventure like no other. Excitement and nerves meld together in the perfect combination of anticipation for a new song,…