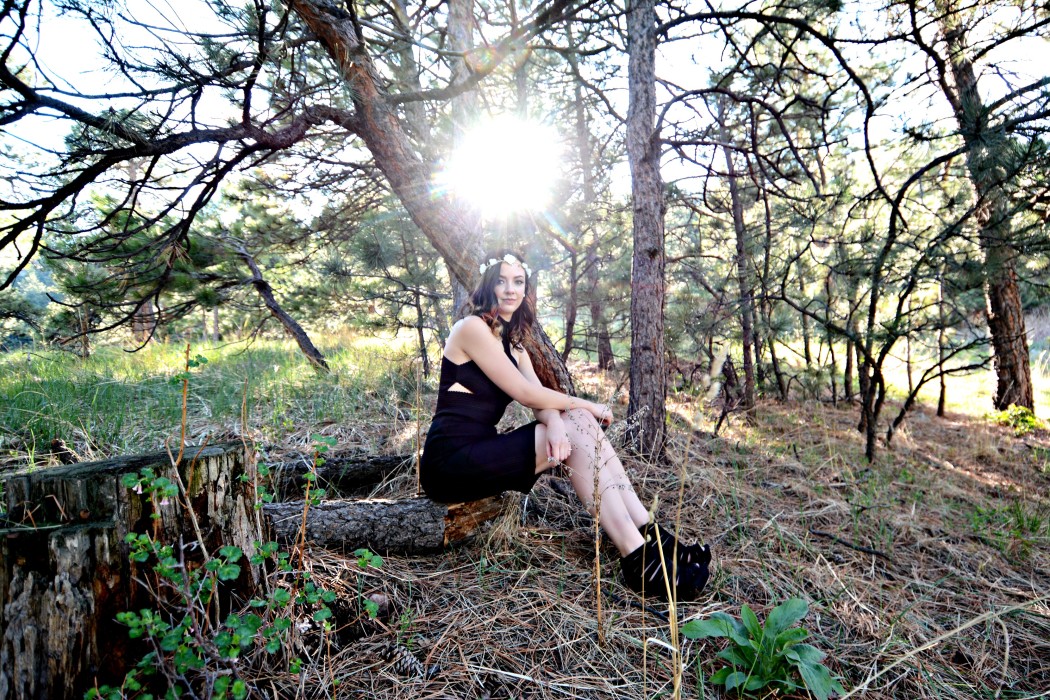 This past Summer, singer/songwriter Laura Brehm released her debut solo EP, Breathe. Known in the EDM world from the multiple collaborations she’s done, Laura shows her range both vocally and musically from crafting her own thing. This also includes the accompanying 7-track Breathe Remix EP she released at the end of August which combined her love of folk and EDM.

“I fell in love with music before I can remember. It’s deeply rooted and intrinsic for me,” Laura begins when I ask her how she fell in love with music. “I realized I wanted to do it for a living when I was in college studying psychology because as I was getting into the upper-level classes I realized that I was sitting in a room with people who truly want to become psychologists and go on to get their masters and Ph.D.”

Those psychology classes managed to pay off in her music especially in the thought that she puts into her writing and creating of perspectives. While in university, Laura was writing songs and recording vocals for EDM tracks until she decided to finally leave university and go do music full-time. “I had jobs on the side for a while after that, but that was the moment when I really decided I was going to make it my career in the long run,” she says about how she decided to pursue it.

Creating the EP was a new experience for Laura that wasn’t done overnight. Laura shares that it actually took her years to create her songs and craft her sound. “I had only been releasing EDM collaborations, meanwhile working on solo work behind the scenes until I felt it was ready so the songs had time to evolve and become what really felt like me,” Laura explains. It was the structure of her music and her natural mix with musical genres that resonated with her. “At times early in the process when I worked on the EP and it felt forced or inauthentic, I stopped and gave it some time before coming back to it,” Laura admits.

I hope that [Breathe] is inspiring to others and that it allows for some self-reflection—whatever that means to the person.

“These songs are pretty introspective. I hope that it’s inspiring to others and that it allows for some self-reflection—whatever that means to the person,” she says about what she hopes her music conveys. “I also hope that hearing them as EDM remixes are enjoyable due to it being in a completely different format of varied production styles that bring out the emotions of the songs even more.”

The progression of Breathe goes from that of self-love and the relationship you have with yourself to the romantic relationships. “[‘Awake & Dreaming’ is] about creating your life on your own terms; not letting things that aren’t true to you define your world and following your dream,” she explains about the opening song. The next three songs are about perspective in relationships. “‘Breathe’ is actually a sad love song though it might sound more positive at first. It’s about the way that love can make you blind and disillusioned, only to end up getting hurt.”

“‘Dance of Love’ is when the EP gets back on a happy note. It’s all about taking the chance to fall in love again. ‘Parallel’ is actually about being within that real relationship that I think everyone longs (and deserves) to have,” she finishes.

Laura admits that “Parallel” was also her favorite song to make from Breathe because of how layered the song is vocally and how experimental it is, “I like how I used my voice as an instrument in this one as it’s woven into the background throughout. I thought the structure was fun too; it’s unlike any other song I have made before.”

Meanwhile, she cites a lyric from her song “Awake & Dreaming” as her most autobiographical lyric. It goes, “I will what is beyond, I will find myself where I am taken for I’ll be there for a reason.”

“Making music has taken me on a long journey, but I still feel like I’m just getting started,” Laura explains about why the lyric means so much to her. “I’ve recently felt like a new person in a way; I’ve faced fears and let go of a lot of things in my past that didn’t work out so well. I’m looking towards the future now and will continue to follow my dream, enjoying the journey. From my experiences, I’ve developed a greater sense of faith in all of it working out the way it’s supposed to, and I have more motivation than ever to keep striving for new heights,” she concluded.

I’ve recently felt like a new person in a way; I’ve faced fears and let go of a lot of things in my past that didn’t work out so well. I’m looking towards the future now and will continue to follow my dream, enjoying the journey.

With Breathe being her first time self-producing an EP and all of the nerves that came with, writing from a place of confidence and “letting go of perfectionism” surprised her. But, despite it being new to her, she managed to fall into it naturally.

“I was surprised that I felt these songs really needed to be simple yet recorded and mixed well, of course. I have released one self-produced singled titled, ‘Cosmic Gravity’ years ago and that was truly my first shot at producing,” Laura explains about the technical aspect that stood out to her about the EP. “I like the song, but it’s very muddled with too many sounds and gets quite confusing in the mix. My initial instinct can be to over-think or over-do songs sometimes, so I was surprised that keeping it simple was my instinct for these.”

Having done previous works, the EP makes for both something new and something returning. One of her favorite songs to sing in fact is an old song titled, “Fall in Love” from her 2010 Dreams album. “[Breathe] is interesting for me because before getting involved in EDM, I released 2 full-length solo albums that are considered to be in the pop/folk genre. If fans of mine have been following me all the way since then, I think they will appreciate the Breathe EP even more because I’m going back to my roots,” she explains about how she hopes Breathe makes for a continuation.

“For my EDM listeners, I’m hoping that this is a breath of fresh air as a contrast to my EDM work and a chance for them to hear what I sound like 100% my own.  I also really hope that it interests people who are new to my music and that they will want to hear more of the folk/electronic genre as well as discover my EDM work,” she continues with how she hopes Breathe makes for an introduction.

The music industry also changed very quickly—and continues to change—and I realized that a major label isn’t for everyone and doesn’t define success.

Developing her sound through a combination of genres, Laura created her own record label, Electric Bird Records, in order to have creative control with her sound. “Right now, the label is at the very base level where it’s a place for me to release my solo music and some of my collaborations. It has been an interesting process to learn more about the business aspects of music, and it will be a lot of work to balance it along with everything I’m already doing as an artist. But, I believe in my vision and I intend for it to grow and involve more business people and artists,” she says about what it’s been like running the label.

She continues, “but I believe in my vision and I intend for it to grow and involve more business people and artists. It’s been very freeing to know that I can make whatever music I want to and I don’t need to conform to someone else’s opinion in order to have my music released.”

From a selling standpoint, her music is best classified as experimental, indie-folk. While these genres were once meant to be used to describe music outside of conventional mainstream sounds, the genres have become known itself by mixing with other genres. “One reason it could be finding its way into the mainstream is that there’s so much music out there, it’s harder than ever to stand out,” Laura answers when I ask her why she thinks a lot of artists are reaching out. “I think people are craving music that is different and unique. That would be the advantage as well as it being fun and interesting to make. One disadvantage is it seems harder to pay the bills with experimental music but I’m hoping that changes.”

Closing out the interview, I ask Laura what she wished someone told her when she started getting into music. Her response is that it’s important to know that being signed to a major label is not the most important thing to be an artist. “When I was young, I was pretty set on this and ended up getting disappointed many times and even making me feel like I should give music up,” She says about how she originally thought her goal should have been getting signed. “I had no idea what was in store for me with music at the time and didn’t even know I’d be doing EDM one day. The music industry also changed very quickly—and continues to change—and I realized that a major label isn’t for everyone and doesn’t define success.”

Laura Brehm’s Mini Playlist for Readers [you can listen here]: