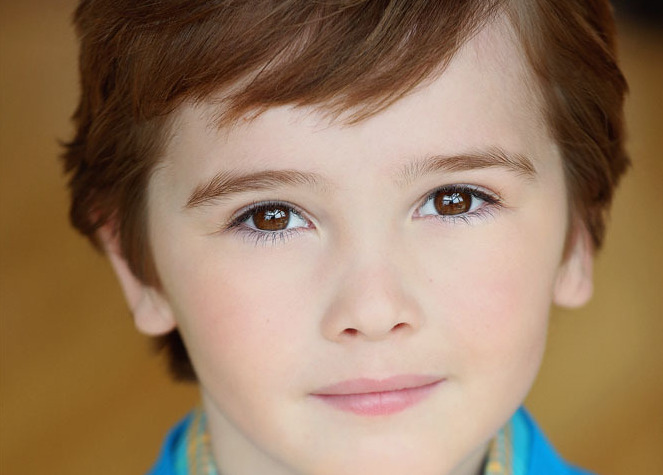 Set in a dystopian near-future Los Angeles, Colony focuses on a family struggling to survive when their city is taken over under a new regime of military occupation known as the Colony Transitional Authority. Cooper Friedman stars as Hudson, the nephew of Will (Josh Holloway) and Katie (Sarah Wayne Callies) Bowman and the son of Madeline (Amanda Righetti).

“Colony is a very cool show to work on. They use a lot of special effects and it is so awesome to see the drones in action,”  Cooper says about his favorite thing working on the show. “The special effects has so many cool gadgets that I enjoy interacting with.”

Now in its second season with the season finale airing March 30th, the show has received rave reviews for its suspenseful storytelling. “Hudson does not understand what is going on around him. He is a very happy boy that loves his mom and family very much,” he explains about this season adding that eventually, he begins to realize not everything is as great as it seems.

Playing a character with diabetes on the show, Cooper looked to a real-life source for him to understand the condition, “I have a friend in school, Madison, who has diabetes. I know how important it is for her to check her blood sugar before each meal [and] she has a pump that gives her insulin. In season 1 of Colony, I had to pretend to get an insulin shot with a needle. Luckily, I knew why I was getting a shot and how important it was.” 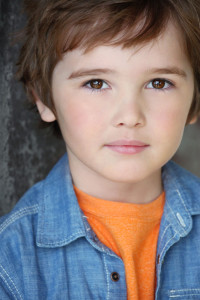 Aside from Colony, Cooper has also worked on Girl Meets World as Doy and worked in the Molly Shannon and Adam Scott comedy Fun Mom Dinner which premiered at Sundance earlier this year in January. “I played Sam, the son of Kate (Toni Collette). My brothers and I get left with our dad when our mom goes out for the mom,” he says about the role. “Not sure what happens with our mom, but we have a lot of fun staying home with our dad.”

“Fun Mom Dinner was super fun, it felt like a play date because I was able to act with other kids.” Rounding out the cast of kids in the movie with Cooper includes Caleb and Matthew Paddock, Emmersyn Fiorentino, and Marsai Martin from Black-ish. “They are all so funny and I loved watching them improvise and make each other laugh. Also, the director, Alethea Jones, was so great to work with!” Cooper exclaimed. “Althea is an incredible director.”

“I have learned to always have fun, to enjoy the moment and the experience,” Cooper responds when asked what he’s learned from his Colony, Fun Mom Dinner, and Girl Meets World casts. “I get to meet so many interesting people from all different parts of the world and I love to talk with them and hear their stories.”

Currently, in the hustle and bustle of pilot season, Cooper has been busy auditioning to find his next role and pilot to work on. But, Cooper’s face will also be able to be seen in a Geico and a Verizon commercial soon.

Now eight-years-old, Cooper has been acting for four years first finding an interest when he was attending auditions for his older brother, Quinn. “I really enjoyed going with him to auditions and getting to see him play different characters,” he explained. “I would memorize his scripts and act them out at home. I told my parents that I wanted to do what my brother did. A few weeks later, I started going out on auditions too. I love the entire process of being an actor; memorizing lines, auditioning and being on set. It is so much fun and I want to do it forever.”

His dream role, he exclaims, is to be in Star Wars, “I would love to play Luke Skywalker. My brother and I are huge Star Wars fans.” Without a doubt, close to his brother, outside of acting and going school, Cooper is also good at puzzles, plays his Nintendo DS, among other talents, and enjoys spending time with his family and traveling, “I enjoy playing with my brother and younger sister. We make a lot of short movies together and I love to play different imaginary games with them. I recently started karate and it is so much fun. I am going to start tennis soon.”

Ari Afsar, Hamilton, and ‘Love You I Don’t’

Coming from San Diego, California, Arianna ‘Ari’ Afsar is already making a name for herself. From Miss California, to a finalist in Miss America,…