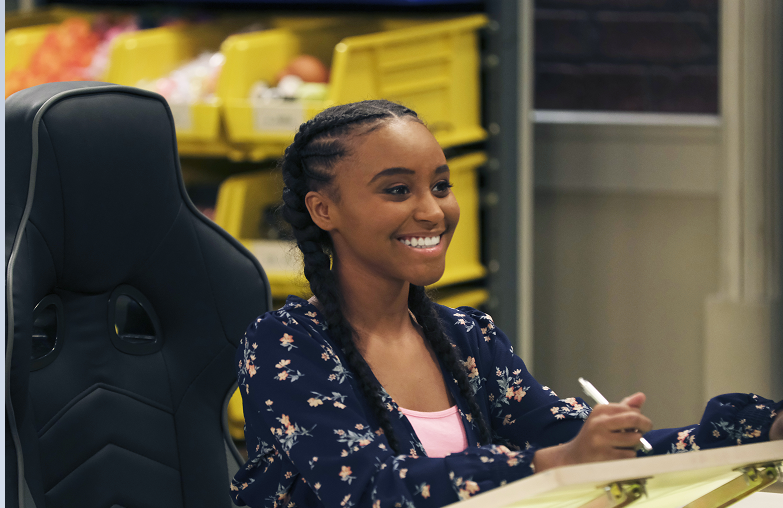 The Avengers have Captain America, Justice League has Batman, and Danger Force has Mika. The de facto leader of the superheroes-in-training, she guides the team as they fight crime in Swellview.

“Mika is smart, strong, independent, and a natural born leader,” says Dana Heath, the actress behind the superhero. In these ways, she can relate well to her character. They are both smart and fast-talking girls that are natural leaders, according to Dana. “But Mika is very high strung,” she adds, highlighting a major difference between them.

It is because of her character that Dana has learned, “I always ask myself, ‘What would Mika do?’ when I’m doing a scene.”

Of the four members of Danger Force, Mika seems to be the most down-to-earth. Where others may get ahead of themselves or think up schemes that aren’t possible or well ahead of the scope of their abilities, she grounds them and details what they can actually do. She tries to come up with more sensible plans and recognizes that some powers still need some work.

Officially taking on the leadership role for Danger Force isn’t something that Mika would shy away from. “Mika would have the challenge of wanting to do the best she can and having the pressure of being a leader,” the actress says of what her character would face if she were to become the official leader. “I think she’s up to the task!”

It’s no surprise to hear that, as the superhero-in-training has been seen thinking out the best course of action instead of jumping head-first into a situation. In fact, it’s her mind that Dana says compliments the team the best. “Mika brings the strategy when it comes to making the team stronger.” 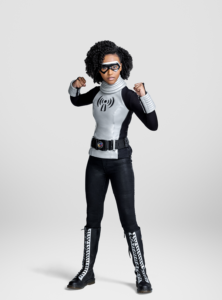 There is a unique aspect to Danger Force that fans didn’t see too much in Henry Danger. In addition to all of the kids starting off with superpowers – thanks to an incident in the original series – two of the main super characters are siblings, fighting crime together in Swellview on Danger Force.

“Mika feels like she always has to protect her brother, so in missions she’s usually always tense,” Dana says. And there will be a lot of missions for her character to complete this season, something she listed as a struggle her character could face as the season goes on. “I would love to see her struggle with getting the team to focus,” she adds.

Through it all, Mika will grow – as both a person and a superhero. “Mika becomes more responsible and learns to take charge more often,” the actress says. That is definitely going to be needed going forward.

Discussing which villain could possibly be Danger Force’s fiercest enemy, Dana decides on Drex. The first, and last, time the team saw Drex was when he returned from the past to settle things with Captain Man and Kid Danger. “He would have a great revenge story,” she says of the villain.

With the possibility of even more powerful villains to come their way, the Danger Force team is working together to be the best they can be. But if Mika could have some help from any other superhero, there’s no question who Dana would choose for her character.

“I would have Mika team up with Black Panther because he has superior tech that I know Mika would absolutely love.”

As cool as seeing her character use that tech would be, it is still hard to top fact that Dana is portraying a superhero.

Becoming Mika meant that Dana also had to become Shoutout, Mika’s superhero alter ego. “Getting into costume my first time was so cool!” the actress says of the experience of suiting up. “I really felt like a superhero!” 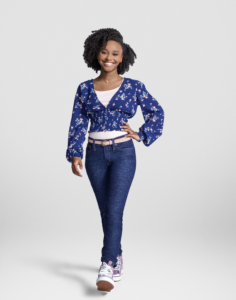 When asked what makes her proudest about playing Mika, she answers, “That her ‘voice’ is her power – I think that has a really strong underlying meaning for girls.” She goes on to talk about how her character is more than just a label or stereotype of a girl. “And though she is a girly girl, she is still brave, smart, and strong.”

All the hard work on set does come with benefits, like lots of fun between takes and new friendships. Thinking back on her favorite memory from filming, Dana recalls a specific one and exclaims fondly, “Dancing with Cooper [Barnes]!”

When speaking with the cast of Danger Force, there were five questions each cast member was asked. Here are Dana’s answers to those questions!

DANA: Invisibility because I think it would be fun and could come in handy.

DANA: Nothing; I want people to be safe. She has an only-in-emergencies kind of power.

DANA: My mom is my superhero.

Danger Force airs Saturday’s at 8PM on Nickelodeon! Be sure to catch a special, completely virtual episode tonight!