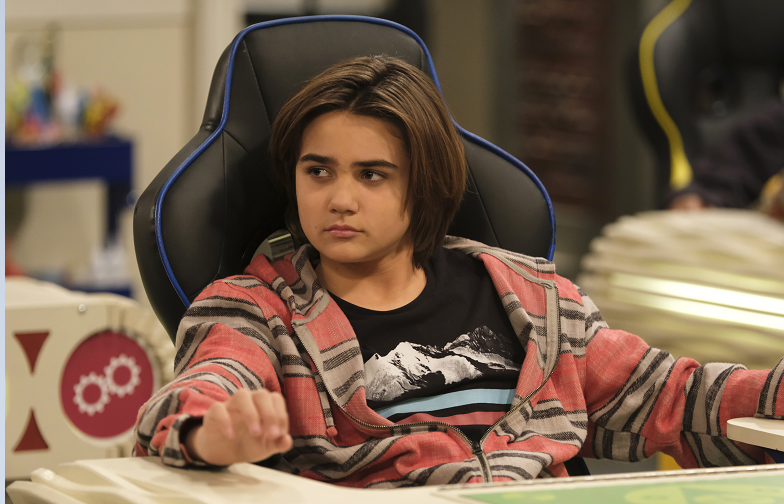 When audiences tune into Danger Force on Nickelodeon, it is easy to see why everyone immediately adores Bose.

Portrayed by Luca Luhan, Bose was first introduced to audiences in the final episodes of Henry Danger. The arc set the foundation for the spin-off series Danger Force which focuses on Bose and three other kids who suddenly find themselves superheroes-in-training thanks to superpowers they received in an accident.

However, Nickelodeon isn’t the first time that Luca has exercised his acting talents. Though he only recently started his career, he’s already had a recurring role on Mixed-ish and booked two pilots. His interest in acting comes from every aspect of the process. “I’m super interested in all the behind the scenes, and acting techniques,” Luca says. “I love it all.”

When it came to starring in the spin-off series of a very popular and beloved show, Luca was ever the optimist. “I wouldn’t say I was nervous,” the actor begins, talking about bringing devoted Henry Danger fans to Danger Force. “I was just hopeful that the show would be a success.” 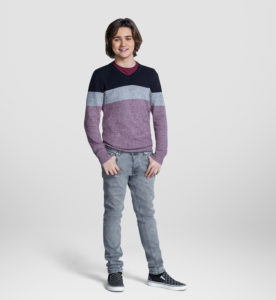 Fans have quickly fallen in love with the new team of superheroes that are helping out the hilarious Captain Man, keeping Swellview safe from any villains that may appear.

When it comes to getting into character for Bose, it is not too far of a jump for Luca. Aside from his character’s superpowers, he feels that he is very similar to Bose. “I think that Bose and I both like to be around people. I also believe that we’re similar because we are both very energetic.”

With each member of Danger Force equipped with unique superpowers, they also bring different things to the team.

“Bose brings a lot of comedic relief to the table. He also has really great ideas sometimes, and he doesn’t even know it,” the actor says of his character’s role on the team.

“Bose is not super smart, although he is super funny. He just doesn’t know it,” Luca starts to say. “I would like to see Bose’s knowledge get tested on the show,” he adds. Continuing to describe his character, he says, “Bose is in it for fun. He doesn’t tend to argue with the others, and he likes everyone. He’s always up for a challenge.”

I think that we all are learning about teamwork and I think that plays a big role in the show.

To go off of that, he adds that this season will show how Bose just wants to have fun. “[Bose] is always up to go on an adventure no matter what it is.”

One of those adventures is one that audiences will enjoy as an overreaching arc in season one. “Bose will continue to grow with Danger Force and his friends,” teases Luca. “You will see their relationship grow throughout the season.”

There are also some things that his character will need to work on within himself. “I think Bose should work on his concentration because he can get easily distracted with his powers and thoughts,” he says. If Bose doesn’t work on this, then that could cause some issues if he faces challenges like what Luca wants to see Bose up against. “I think it would be really cool if Drex came back and challenged him.”

Having the rest of Danger Force with him will no doubt help the superhero-in-training if he faces the villain again. As the team learns more about their powers and how to control them, they also learn more about themselves and how to help each other.

“I think that we all are learning about teamwork and I think that plays a big role in the show,” Luca says of what the characters are teaching each other. “Bose could teach them all how to lighten up and have fun.”

Perhaps during that process, they could each come up with their own superhero theme song. Whether or not it will live up to Captain Man’s awesome theme song is yet to be seen, but Luca knows what Bose’s would sound like. “I think Bose’s superhero song would be something upbeat, exciting, and all about his hair.” 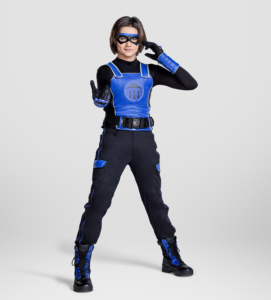 His hair, though it is a big topic of conversation on the show, is only part of the look. When Bose turns into Brainstorm, intent on using his telekinesis powers to save Swellview, he also has to keep his identity a secret and dons a superhero suit.

“It was so cool and exciting to try on the Brainstorm look for the first time,” Luca says of his first experience as his character’s superhero alter-ego. “I was also a little nervous,” he admits.

However, nerves are gone when it comes to spoilers, which he stays tight-lipped about. When asked if there will be any other pop culture references in the show like we have already seen, like Bose spotting an iconic look from a movie when searching for The Toddler or when Danger Force asked Captain Man to see a popular song, Luca simply says, “You’ll have to watch Danger Force to see!”

Although the weekly wait between episodes may feel like too much at times, fans can re-watch the season thus far and revel in the fact that the cast had as much fun making the show as it looks. “I don’t think I could pick one favorite memory,” the actor says as he reminisces about filming. “I love all of them!”

He also loves the learning experience the series has become for him. Luca says, “I have learned a lot of new acting techniques and tricks from the show.” He also reveals, “It’s my first multi-cam show, and I’ve also learned a lot about stunts.”

When speaking with the cast of Danger Force, there were five questions each cast member was asked. Here are Luca’s answers to those questions!

LUCA: I would want to be invisible because I could use the ability to fight crime and scare my friends.

LUCA: I would obviously use it to fight crime. I also wouldn’t have to get off the couch to get a snack.

LUCA: I would pick Chapa’s powers because I could use her powers for a variety of things.

LUCA: I would not get to portray a superhero if it weren’t for my superheroes – my parents. They do so much for me, and I love them.

LUCA: My own superhero team would, of course, consist of Danger Force! I would also assemble some of The Avengers.