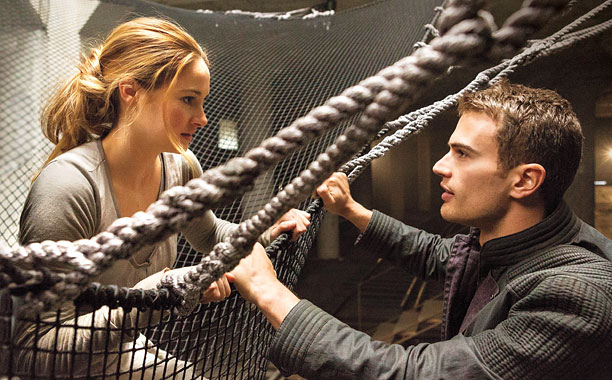 Divergent officially hit theaters yesterday, Friday, March 21, 2014, with an impressive $22.8 million to show for it.  Coupled with $4.9 million from advanced screenings on Thursday night, that brings the movie’s earnings up to $27.7 million already, Entertainment Weekly reports.

The movie centers around Tris Prior (Shailene Woodley) in a society that is divided into factions based on what they value.  Those who value selflessness are in Abnegation, knowledge is in Erudite, honesty in Candor, kindness and peace in Amity, and bravery in Dauntless.  Tris finds out that she is Divergent, meaning that she can’t be categorized into just one faction, and proceeds to stand her ground against everything and everyone as she figures out what exactly being Divergent entails.

But wait!  Wasn’t this the movie that critics were vehemently shunning?  Wasn’t Divergent the one that had a dismal 17% rating on Rotten Tomatoes just a few days ago?

The answer is yes.  While the movie has since increased to a 40% by critics on Rotten Tomatoes [x], they were definitely expecting it to fail.

The question is not so much, “So then what happened?” as it is, “Why was it expected to fail in the first place?”  That, too, is a simple answer: because it is a young adult movie.

Critics have just about had it with anything young adult related; everything to them is either a Hunger Games this or Twilight that, as if all teenagers are the same and therefore can not possibly be distinguished from one another.  These reviewers are more interested in a fight to the death between THG and Divergent than what both films–and both protagonists–have to offer.  Critics are sick of our teenagers and sick of our female protagonists, because to them, there can only be one.

So what does this mean for those of us who are fans of young adult films?  It means it has become clear that fans of the YA genre can not rely on film critics to fairly judge YA movies.  If the audience wants more YA movies made, then we will just have to go to the theater and see them for ourselves.  We will have to show the nonbelievers that young adults are not a demographic that can be overlooked or underestimated.  After all, YA fans are already proving critics wrong with Divergent, and that’s pretty Dauntless.