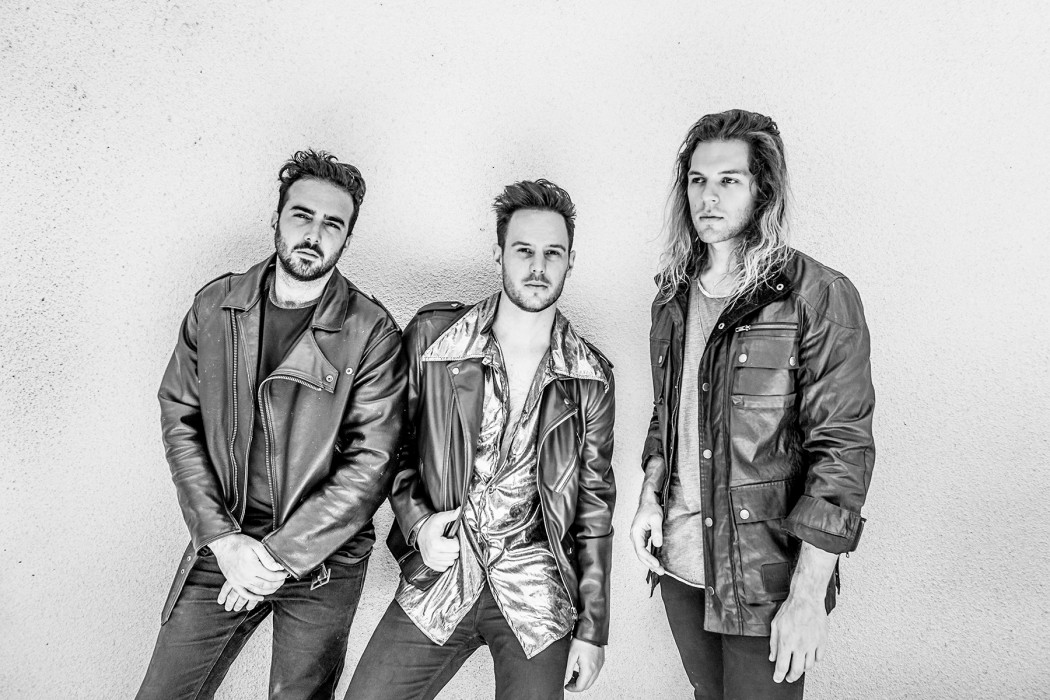 Outside, the sun and the warm weather are out in full force with the days being long and the nights expected to be those to remember. And as we settle into the summer vibe, we also look for our summer soundtracks. We look for the upbeat music that gives us a reason to dance like no one is watching. We look for the slow songs that have the power to make time seem like it stands still. For the Australian alternative pop band Drawing North, their upcoming EP welcomes upcoming and old fans to their updated sound featuring experimental and electronic beats and themes that scream summer.

“There are massive differences between our two music industries,” Jake Allen, the band’s bassist tells me when we begin the interview discussing the Australian and US music scene. “Australia is a much smaller market the leans more to indie and alternative music whereas I think the US is so diverse it allows music of all types to be successful.” Having toured America before, Jake mentions that the reason they love getting to come to the states is due to how well their music is received from audiences. With the group currently working on getting their visas, the band is planning to have a US tour over the next year including shows and festivals.

Made up of three people, Drawing North includes Michael ‘Po’ Pogson as the lead vocals; Drew Southwell on piano, drums, guitar, and vocals; and Jake on bass, guitar, and drums. The name of the band holding two meanings, Jake explains that the name was originally based on Drew’s name. Coming from “down under,” the name Drawing North is meant to also signify their dedication and goal-oriented message of getting to make it in the industry. “We thought it captured our motive and drive as a band and decided to keep it,” Jake sums up.

With a few shifts from their full-length album El Dorado which came out last year, Jake explains that this EP is the start of a new direction for them; a guiding light in a tunnel, if you will, that they’re on a journey to completely discover, “I think we have grown massively in the production and songwriting side of our music.” Writing mostly from personal experience, the sound of the EP comes from the inspiration that they feel listening to the songs and artists that they love as opposed to finding the sound first and then working from there.

“A lot of hidden emotions can expose themselves when writing a song. I’ve always believed that what you suppress will express itself in other areas of your life. It’s great to have an outlet like music for feelings you don’t necessarily want at the time,” he says discussing songwriting. “It definitely starts as just an idea—could be a melody or a chord progression—that we like and want to build from,” he continues about how a personal experience or an idea becomes a song for them. “The song really starts to form meaning when you put lyrics and vocals on top of it.”

When asked what lyric of theirs to be the most autobiographical for him, Jake explains that the answer isn’t exactly black and white, “That’s a tough question. I think a lot of our music is based on love or relationships; so, I think all of it in a way is autobiographical. We keep our songs and lyrics relatable to everyone and let them interpret our music in their own personal way.” While they hope their music is inclusive enough to speak to a wide array of audiences, Jake mentions that he’s also hopeful that the audience gets an understanding of the three of them as people, “We hope they take a small piece of us away because we put our lives into our music. Our songs are quite personal and we really just want people to see and hear our stories through our music.”

Moving on to musical influences and hopeful collaborations, Jake mentions the EDM-pop duo that has made a name for themselves with their Halsey collab last year, “A Chainsmokers feature wouldn’t be the worst thing in the world. But really, we have been working with some amazing artists throughout the US and Aus. So many talented songwriters in Nashville and NY and we can’t wait to get back over there and make as much music as possible.”

Reflecting on where they are now music-wise, Jake thanks the band’s fans for allowing them to go where they feel they need to go. “Our fans are so supportive and a lot of them have grown with us for a long time. It’s such a good feeling knowing whatever direction we decide to go in that our fans are loyal and will always support us by listening to our music and coming to our shows,” he shares.

“The biggest pro for me personally is knowing no matter what happens, we will always have each other’s backs and best interest at heart,” he says about the relationship between him and his bandmates/best friends. “We are closer than family and no matter how hard it gets or how much we fight at times I know I can always count on the guys.” Offering advice to anyone interested in starting a band, he shares, “I would advise before you even pick up an instrument you to pick up a pen. And all of you write down your vision and goals for the band because if everyone isn’t on the same page and they don’t align, it’s going to cause bigger problems down the track. But also just have fun; you should first and foremost enjoy what you do and love playing music.”

~~~
Bonus Question: If you could create a mini-playlist for the readers of this interview, what songs would you put on it?

The list could go on. We like to listen to a large variety of music from pop to r&b, electronic, rap, dance.
I constantly blast Latin and Caribbean music every road trip we go on til I get banned from using the Aux cord.
We will create a playlist on our Spotify for readers to enjoy!
~~~
You can stay up to date on all things Drawing North by following their Facebook, Soundcloud, Website, Twitter, Instagram, and Youtube accounts.

You can buy and stream their latest single, “Think About You” now. Be on the lookout for Drawing North’s upcoming EP.

‘The Many Saints of Newark’ Star Mattea Conforti

A simple glance at Mattea Conforti’s list of acting roles and one can see that she leaves no stone unturned. Not yet 18, the…