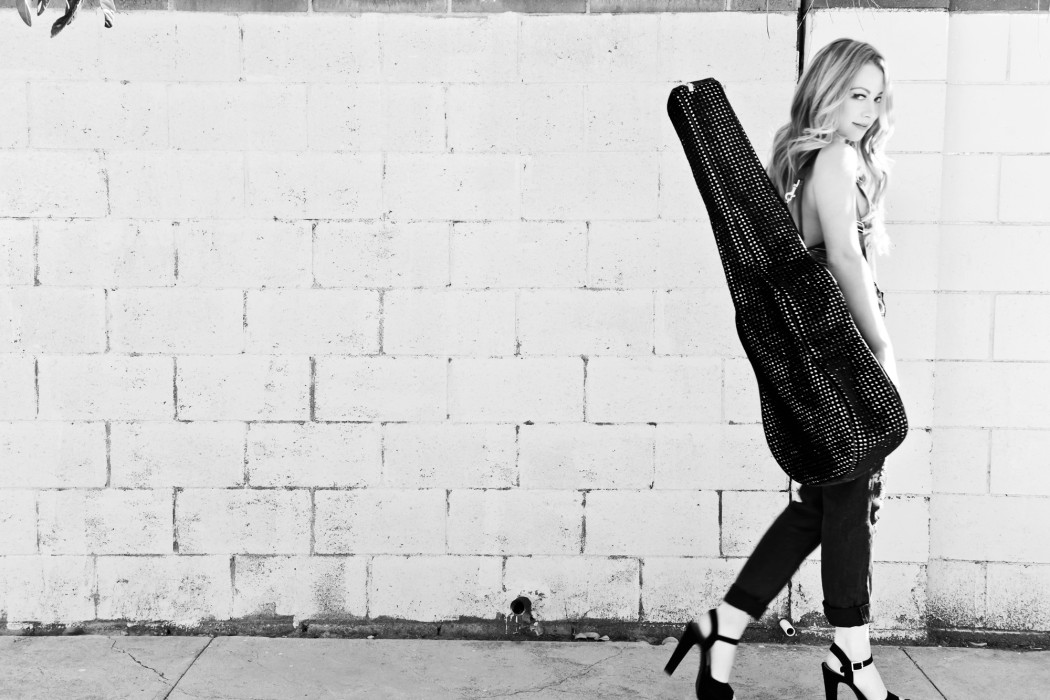 When Kylie Hughes was first put on Teenplicity’s radar, she had just released her music video to her single “Take Me Anywhere” where she took the viewers on a road trip visiting her favorite parts in California. The song managed to blend the sounds of country and pop to create a sweet and soulful summer vibe. Some months later, Kylie hasn’t ditched the sweet sound instead allowing listeners to hear the other sides of her; from her ability to be outspoken and honest, to vulnerable, to fun loving and racy.

Released last month, Kylie Hughes self-titled album is a 12-track course filled with different tastes and sounds that is both reminiscent of her previous music and of how far she’s come. “I felt like there was more freedom in making my album self-titled. The music blends genres of pop, country, folk and more,” she exclaimed about her decision to make her album self-titled. Allowing herself to play with different genres, the album introduces her in a way that shows off her abilities, “I felt that this well-roundedness was a great introduction to me. I am able to show the full spectrum of my writing with first impression listeners.”

“I want listeners to hear all the diversity on the album,” she continued when asked what’s the biggest takeaway she wants for listeners to have. “How one minute you may listen to a country rock song, then you’re caught in a pop melody and then swinging your hips to a bluesy saloon song. When I buy albums, I’m always looking to be entertained and guessing what king of song/flavor will come next. I hope people are far from bored and excited for what’s next.” 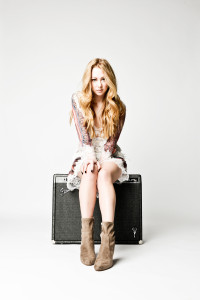 As someone that doesn’t like to hold herself down to just one kind of sound whether she’s listening to music or making it, Kylie assured that her goal is to keep her music and message fresh and everchanging, “I don’t want to ever sit down and write two versions of the same song. I think normal, healthy growth for an artist is when you are always playing with your sound. If you’re bored, your audience will be able to tell and then they will be bored too.” When it comes to making her music, she looks for writing and creating things that not only excite her but push her in new ways.

From an industry standpoint, Kylie’s approach to music also makes it a little difficult to pin her down or label her into one traditional/expected box. “I try not to think about it,” she began when I asked if she thinks it’s possible for women in the industry to avoid being labeled/typecast. “I haven’t heard anything and my goal is to always be mixing it up. Even if someone tries to label me, I hope they will make up a new kind of word.” Of course, with a degree in advertising, Kylie also has the experience and knowledge to take control of and develop the honest narrative that she wants the world to see. “I love having my advertising degree because it has helped a lot with navigating how to market and brand myself. You definitely have to be on top of your music game but it seems like today your visuals and social media need to be branded across every medium. I understand how important it is to be accessible to your audience; meaning, they have to be able to find you and recognize you,” she noted.

The first music video from her album is for the song “Heat.” Reminscent of Talladega Nights, the video is a mix of fun, funny, and fast as it combines comedic bits parodying and paying homage to the Will Ferrell classic while also giving a different meaning to women in a race car music video. “While brainstorming for the music video I knew it had to be a little sexy because of the lyrics and summer anthem vibe it put off. But! I wanted it to have a little twist, a little laughter.” Wanting to incorporate comedy is where she got the idea to parody one of her favorite movies Talladega Nights. “This made the set and filming of the video so much more fun and laid back. There was no pressure for me to be overly sexy and flip my hair around on the hood of a car.” She added that another perk of taking the music video that route was that it allows both her and the viewer to be in on the joke, “I could show everyone my less serious side and that’s a wink to the viewer too. Even in my music, I want people to know that we are all in on the joke and if you think or heard a hidden message…you probably did.”

“My favorite scenes to shoot were those little dialogue vignettes with the improv actors,” Kylie said making note that because the scenes were unscripted the actors were given free realm but also had to be on their toes. “Even when I was doing my parts, it’s a new adrenaline for me to be on the spot like that.” She brings up the scene where she crawls across the table and makes out with her love interest in the video as the most awkward scene to film. “One, the table was not sturdy,” she stresses, “two, we were making out with KFC chicken and biscuits in the mix—not recommened—and it wasn’t once, it was like four times over and over again with the whole crew watching.” Filming the bits were also fun for her because they came somewhat naturally to her. From throwing in a one liner and putting jokes to the dancing and flipping her hair, she added, “I’ve been practicing for that in my bedroom my whole life,” with a laugh.

With a love for comedy, Kylie shared that she’d love to collaborate with Steve Martin in the future. Having named her Martin guitar after him, she described the idea of working with his banjo skills as an epic collaboration. Kylie is also a big fan of Michelle Branch whose music inspired her when she first heard it to make music. “Her first two albums are full of so many classic pop melodies and hooks; the kind that gets stuck in your head and even years later, I know all the words to,”  she fangirled. “Listening to her album now, I appreciate the simplicity of her choruses and how personal she is with her storytelling. I try to do that too; make the message simple and easy to get across but don’t leave out those delicious details,” she continued.

“Some days it’s hard to sit down and write because I think I have nothing left to say and every story has already been told,” Kylie expands on her songwriting. “That’s why I love co-writing because you can tap into someone else’s life or be reminded of a memory you haven’t thought of in a long time. So much inspiration can come out of simply bouncing a few ideas back and forth.” She sites a lyric from her song “Forever Is a Long Way to Fly” as her most autobiographical lyric; “I give you hope but you want the moon, the power to make my ocean swoon.” Describing it as the feeling she’s had at the end of some of her past relationships. “They would want more and I was playing it safe. I never wanted to give my power—or in some cases my heart—away.”

An adventurous soul, Kylie has a love for travelling and exploring new spots. When I posed the question of what she’d recommend to anyone that listens to her album, she says that she’d want for listeners to engage in one of her favorite ways of engaging with music; car rides. “I love listening to music while driving because it allows me to focus on the lyrics. [There’s] no distractions other than getting to where you’re going and car sound systems are so much better than headphones or off your phone’s speaker,” she makes her case.

Keeping her iPod Nano from high school in her car, she jokes “basically anything off of that will warrant an explanation” if played on shuffle. But, she doesn’t just limit herself to music when it comes to car rides, she’s also prone to listening to podcasts and comedy. “The last thing that came on my shuffle was an old Dane Cook stand up,” she tells me as we finish up our interview. “And I feel like that needs no explanation.”

Bonus Question: If you could classify the other songs on your album through movies, which movies would you list?
I LOVE that question… okay… so:
1. Heat (Talladega Nights/Charlie’s Angels)
2. Get Outta Here (The Sweetest Thing)
3. Leave It Alone (Intolerable Cruelty)
4. Love Somebody Else (Walk The Line)
5. Always On Your Side (Blue Valentine)
6. Little Did You Know (Groundhog Day or Before I Fall)
7. Hungover (The Hangover)
8. Dead or Alive (Kill Bill or Moulin Rouge)
9. Uh Huh (Thirteen)
10. Free Fallin (Office Space)
11. I Can’t Believe We Were In Love (La La Land)
12. Forever Is A Long Way To Fly (Hook)

Kylie Hughes self-titled album is available on iTunes and you can listen to it here.