Hailing from a small town in Canada, young singer/songwriter Brettyn Rose is ready to make a positive impact through music. Her heartfelt singles warm those who listen and pleasantly surprise them with the manner that she gets her message across. With pop music touched by a bit of classic-folk, Brettyn brings a refreshing sound to the music scene.

“I’ve always really loved music, from a very young age,” Brettyn, now 15, says of her early start. She began by attending singing lessons around the age of five and that’s where she remembers falling in love with music. “It’s kind of just been a growing passion from there. And ever since I was five, I wanted to do more and more, and learn as much as I possibly can.”

However, if you ask her to name the moment she knew her love for music was more than a hobby, she couldn’t give an exact time. “I don’t think there was ever an exact moment when I thought it. It’s kind of, like I said, I’ve always loved music and so it did start as a hobby and now it’s evolving into something but I don’t think there’s ever an exact moment when I realized, ‘Oh, this is what I want to do.’” She acknowledges, “I think I’ve always known it in the back of my mind that music is what I want to do.” 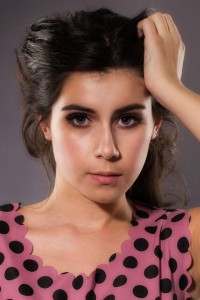 To help expand, not only her musical resume but also her passion for the art, Brettyn learned piano, guitar, and, most recently, ukulele. “They’re all very different in their own way,” she says of learning the instruments. She cites piano as being the most difficult to learn though due to the large size of it and the advanced work she does. “It’s still really fun to get to learn new genres and new pieces.”

Releasing her first single “Through My Window” back in June of 2015, Brettyn’s recent single “Everything’s Fine” already shows her growth as an artist.

“I think because I’m growing up and I’ve evolved a lot since ‘Through My Window,’” she notes of the slight change in sound, though she maintains that musically they are still in the same genre.

“It’s about to always be who you are and never forget that,” she describes “Everything’s Fine” to be. “There’s a line in the song that says, ‘You’ve for nothing to prove’ and I think that really sums it up. You don’t have to change who you are to impress somebody. [You] just need to be who you are and everything will be fine in the end.”

Much like her first single, Brettyn has stayed true to the idea that her music is relatable and truthful. She says, “When people listen to it, I really want them to feel something and that they can relate to it in whatever they’re going through. I think it’s very heartfelt.”

The music video for “Everything’s Fine” is available to be viewed on YouTube now and Brettyn admits that the process for her second single taught her a lot of patience.

“I learned a lot through the whole experience. I learned about the whole process that goes along with making a song and a video. You have to be very patient with it. It takes a lot of time to put together a whole song and a video!” she says with a laugh. “I learned that you have to work hard and be patient and it’ll all work out.” 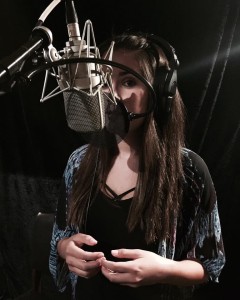 After checking out Brettyn’s music video for “Everything’s Fine” and absolutely falling in love with the song and great message that it sends, get ready to be hyped. The Canadian musician revealed that she just finished up the last couple of tracks for an album that is aimed to be released later this year. “I’m excited for people to hear it!” she exclaimed.

The pride she has for her music is very clear as she announced that the entire album is full of original songs. “There’s ten of them that I’ve written myself and that I’ve also co-written with my producer and manager Andrew Lane.” She remembers the process of recording in the studio, then getting to work on them. Creatively, she recalls the back and forth of the co-written material as well as tweaking over the songs that she wrote.

“I always get a little bit nervous before I release new music,” admits Brettyn. “I’m like, ‘Are people going to like it?’ Because I always have my personal connection with my own music that I’ve written. I’m always curious to see if people will interpret it differently, if they like it, if they’ll connect with it the same way. I always kind of do get a little bit nervous.”

Despite her nerves and the obstacles that may be in her way, Brettyn has pushed through them and offers up the same advice to others who are chasing their dreams. “I think you just have to keep pushing forward and have perseverance I think is a big key.”

She also says, “You just have to put one foot in front of another and keep going and not give up. You just have to keep pushing through.” Patience is definitely needed as Brettyn confides that sometimes it’s like taking baby steps.

Although the collaboration is not in the works at the moment (Fingers are crossed for the future!), Brettyn will still be deeply involved with her music and with learning as much as she can. “My album will be coming out really soon so that will be exciting,” she says of what is to come during the rest of 2016. “And from there, I just want to promote the album and hopefully do some more performances and maybe do more writing. Try to build up my fan base and my following, and just keep working on it.”

Her same drive that is pushing her through her achievements now will still be with her as she sets her goals on the future, specifically by 2018. “I’ll be done with high school by then so that’ll be a goal – finish high school. For music, I just hope to do some more writing, do some more music, possibly – I really want to do more performing. I want to learn as much about music as I can and keep learning and evolving as a musician and artist… I’m really excited to keep learning. Every day you learn something new.”

What Brettyn has learned over the years, and what she hopes to convey and teach her fans, is the greatness that is within themselves. She says to her fans, “You should always be yourself, in any situation in life. Who you are – you’re perfect just the way you are. You don’t have to change for anybody or anything. If you be yourself and go for your own dreams and goals, you can accomplish anything – anything is possible.”

Jack from Kezar on ‘Don’t Touch the Queen’

Made up of Jack Mosbacher and James Small (drummer for Fantastic Negrito), Kezar–named after Kezar Stadium–is a music project that’s reflective of their home…