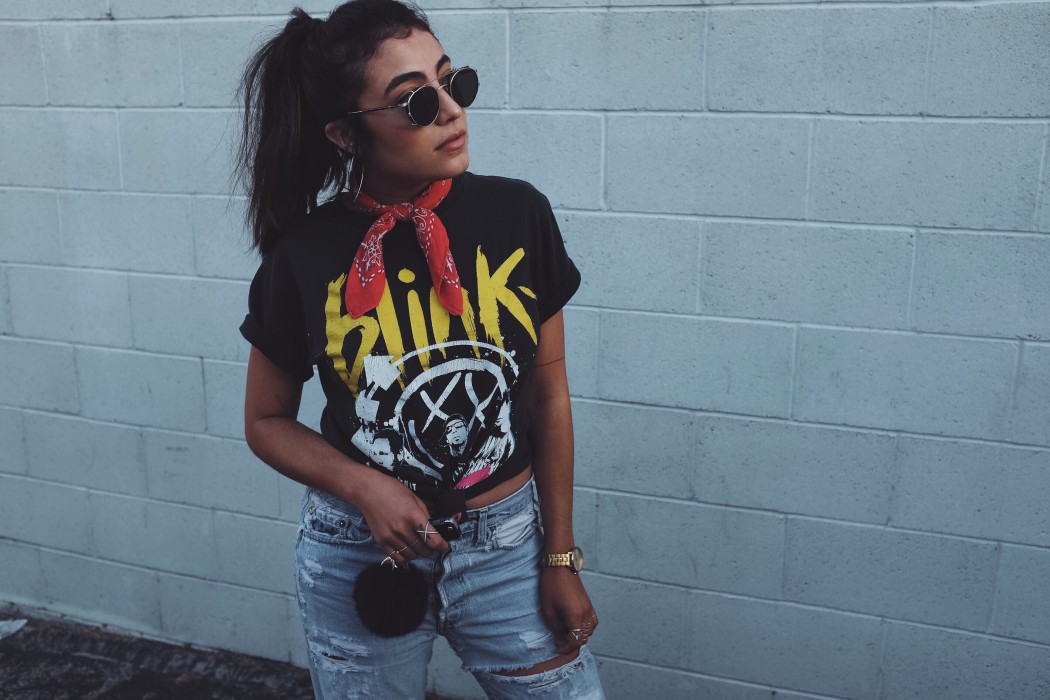 With the call to make music tugging at her heart strings, rising singer/songwriter JNNA knew she was meant to do music at the young age of eight when she performed Alicia Keys, “If I Ain’t Got You” in front of a live audience. Hailing from La Canada, California, she has already lent her voice to artists such as Tyzo Bloom and Stewart G as she prepares to release her own, original work.

However, JNNA’s official start in carving her path in the music industry began as she prepared to continue the next chapter of her life as a college student but decided to answer that call and make that leap to follow her dreams.

“I was definitely nervous at first when I made the decision to leave school behind and pursue music,” JNNA explained talking through what was going on in her mind in that moment. “That nervousness was mainly the result of fearing, ‘what if I don’t succeed and I have no backup?’ Everyone usually has a backup just in case something doesn’t work out, but I pretty much just dove right in, head first.”

Inspired by a range of artists including Lauryn Hill, Adele, Amy Winehouse, and Little Dragon, JNNA hints that she filtered through her favorite artists and songs in order to create her own sound. “Well, when I was trying to think of what I wanted my sound to be, I couldn’t fit it under, just one genre,” she said adding that even after making music she’s realized that she still wouldn’t be able to.

While she has a few covers here and there including her stripped down version of Kelly Clarkson’s breakup anthem, “Since U Been Gone,” and her features, JNNA’s upcoming music will be introducing her to the world as an artist which JNNA hopes will give listeners an insight into who she is. “Honestly, I’ve learned the best way for me to make music is to make it first for myself. By that I mean, I make music I like and enjoy listening to,” she responds when I ask her how she hopes her music is a reflection of her. “In doing so, I’m sharing my interests with the world as well as stories from my life with my lyrics.”

Currently, on a cover hiatus, JNNA explained that the decision came out of wanting to take back control over her craft and how she wanted to present her sound. She originally started off covering any songs that she loved despite age, “When I started posting more 30-second covers on my Instagram, I realized that I needed to choose songs that were more popular and relevant since that’s what everyone wanted to listen to. But I wasn’t enjoying covering popular songs because I wasn’t always a fan of the popular songs, and I didn’t like that I was covering the same songs as everyone else.” So she made the decision instead to focus on her own music.

“It’s funny because when I was younger, like twelve or thirteen, I was so sick of hearing love songs. So, I told myself that I would make a song about anything other than love. I wanted to make a song about elephants,” JNNA began about if she found herself going back to certain themes or situations in her songwriting. “As I am finally becoming my own artist and writing my own music, I realize now why everyone writes about the same things like love, loss, sex, and drugs; it’s because everyone has experienced all of those at some point in their lives, we can all relate to those topics.”

Wanting to make music that is relevant now and in the future, JNNA realized that following that themes such as love was universal, “As I am finally becoming my own artist and writing my own music, I realize now why everyone writes about the same things like love, loss, sex, and drugs; it’s because everyone has experienced all of those at some point in their lives, we can all relate to those topics.”

She continued to reflect, “And now that I think about it, the only reason I would write about elephants is because of my love for animals. So in the end, that would’ve just been another love song.”

When asked what’s a song that she wishes that she wrote, JNNA responds with the beautiful 2005 City and Colour acoustic love song, “Hello, I’m In Delaware,” a song about falling in love with someone and leaving them behind. “It’s not as much that I relate to what’s being said, rather, it’s the way it’s being said and how the song makes me feel,” JNNA explains for why she picked that song. “It’s such a timeless song, City and Colour just makes timeless music and that’s what I aspire my music to be as well.”

The next project listeners can expect to hear from JNNA is a cover and while she doesn’t reveal the song, she does share that she’s hopeful the song and the music video should be released in a few weeks with her first single off of her EP releasing in the New Year.

“Well first off, I’ve never been so excited about anything in my entire life,” JNNA says about her first single. “When I started making music, all I wanted was to make music that I actually enjoy listening to and damn I love listening to this song. I hope that doesn’t come off narcissistic at all,” she adds. “I’ve just experienced in the past songs I started making that wound up not sounding like anything I would actually enjoy.”

She hints that the song is about her and her boyfriend, Doug. “I know, cause we need more of those,” she quips with a smile.

Writing about relationships in the past, JNNA considers her most autobiographical lyric to stem from a song that she currently doesn’t plan on releasing. The lyric goes, “I should’ve known that you were only good at hiding–and now I’m blind walking in circles with no end.” While the song was originally written about what her friend was going through with a guy, JNNA realized later on that it fit something she had went through previously, “I was so happy and in love with this person, but towards the end, I realized that he was always hiding something from me. He was mysterious, but in a way where I didn’t trust him.”

Two years ago, at the age of 20, JNNA lost one of her biggest supporters and influences, her dad. Wanting to continue making him proud, JNNA reminisces on who he was as a person and what she’d hope he’d say to her now if he were here, “He was always so supportive of whatever I enjoyed doing, with anything I put my mind to, and whatever made me happy. I know that if he was still here, he would just see how genuinely happy I am making music and he would say how proud he is of me.”

Passing on some of that support and wisdom, JNNA gives advice for young artists afraid to pursue their artistic dreams and are studying something else, “I would tell them that if making music is what makes them happy then they just have to believe that they’re good enough and put their all into it.” She continues, “People will always doubt you and tell you otherwise so it’s up to you to believe in yourself that you can do it.”

Passionate about charities, JNNA is involved with Childhelp, ASPCA, and Chrysalis focusing on issues such as child abuse, animal welfare, and homelessness. “On a personal level, [I hope to] continue to stand up for what I believe is right and fair,” she says about how she hopes to make a difference. “On a larger level, [I hope to] inspire others to take action with causes they feel passionate about and broaden their perspective beyond themselves that’s the way we prove our generation is one of empathy, not apathy.”

Liam Carroll is Taking Fans on a Detour

When TBS officially premieres its new comedy show on Monday, April 11th, fans will get to see a series that is essentially a mix…