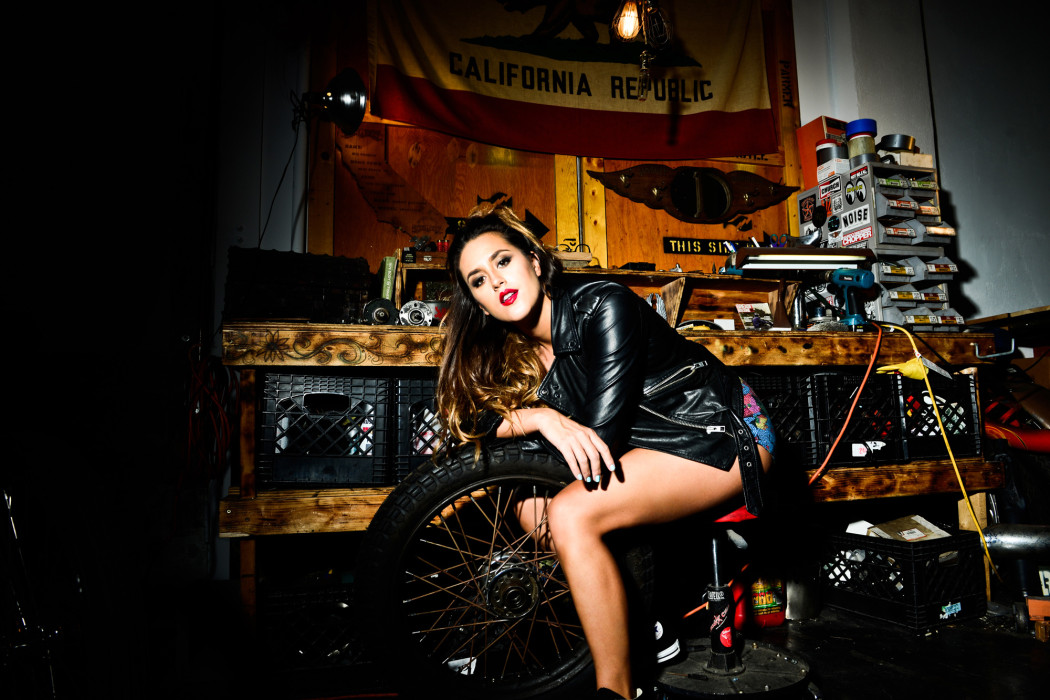 Born and raised on the island of O’ahu in Hawai’i, singer/songwriter JoLivi has been exercising her love for music since she was a young girl. Performing in community theater and dance troops as a child, she received inspiration to jump into the world of music especially from her grandfather.

After graduating from college, JoLivi moved to Los Angeles to pursue music. Originally performing under her real name, Leihoku, she released her first EP in 2013 titled, Trouble With You Gone. “I’ll always be Leihoku, it’s my name, it means everything to me,” she explains about her decision to change her name as her sound matured. “JoLivi stems from my middle name Johanna. It symbolized the next chapter [after] I went through the hardest relationship of my life.”

Growing from that period of her life that was filled with heartbreak and loss, ‘JoLivi’ has become somewhat of an alter ego for her to get her thoughts out in a different way. “Jolivi is the hardass,” she describes her. “The, ‘I’m gonna tell you how it is…'” 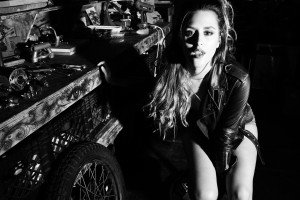 Her latest EP, Just for You, which released earlier this year consists of six tracks that tell stories about finding the light at the end of the tunnel. “Oh, it definitely was a conscious decision,” JoLivi responded when I asked her about the importance of resilience and survival embedded in the EP. “I wrote an album prior that was very happy and bubbly, but I went through a tough relationship and the way I was able to get through it was from other singer/songwriters. I know that I’m not the only one that goes through heartbreak, so I knew that my music would help others.”

The song from the EP that JoLivi says is her favorite is her emotional ballad, “Don’t Matter.” The song, which, focuses on the struggle of unrequited love; being in love with someone and wanting to be with them regardless of the conditions you put yourself through for them. “‘Don’t Matter’ was the song I wrote where I put everything on the table,” she admits. “Lots of crying involved, lots of recording sessions that involved me breaking down. During the time everything about the relationship i was writing about was still fresh, so doing radio tours and singing this song live became a little bit of a struggle, but for people to say after, ‘Wow, I’ve totally felt that before,’ that’s why I write straight from experience and from my heart.”

Her latest single, “Love Who You Want to Love,” offers more reflection and understanding to JoLivi. The song, with an upbeat and electronic instrumental, features JoLivi’s passionate vocals as she sings about self-love and loving who you want to love. The song itself is based on the first time she fell in love with a woman, which now, more than ever is timely in its importance for listeners to hear, feel, understand, and relate to.

“I have always wanted, to be honest with my feelings and my music and that’s what is so amazing about the industry now; you don’t have to censor your feelings. You can be as open as you want and not be judged—for the most part,” JoLivi explains about the honesty and vulnerability in her music. In the beginning of her career, she says, that she felt a little pressure to censor herself out of the respect of her younger audience, but says they have only grown with her.

JoLivi’s music beautifully focuses on emotion in a way that offers assurance and validation to the person feeling these things. But on a more specific spectrum, her music is refreshing because it offers women empowerment by not villainizing emotion. “We are human,” she exclaims when we talk about how she hopes her art can contribute to changing the stigma around vulnerability and emotion in women. “Some of us wear our hearts on our sleeve and some of us don’t. As a female, I’ve heard it all; ‘You’re so dramatic,’ ‘It’s not a big deal,’ ‘Get over it,’ You know what? Eff that! I’m feeling this way because I am. My body is feeling this way. You think I want to feel left out or cheat on or used? Hell no!”

“I wished so many times I could just sleep the pain away; wake up and forget that I ever felt the way I did,” she continues. “But after the storm, you get to embrace the sunshine and it feels so flippin’ good,” she exclaims with a smile. 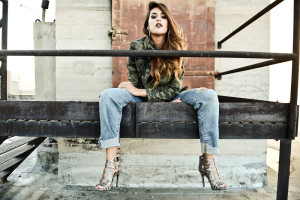 As a songwriter, having the ability to take an emotion or a situation and turn it into a song is important to her writing process. “I start first with a topic or feeling or a specific experience that I want to write about, then I usually get out my keyboard, dabble on some chords, and start jotting lyrics down. Go into the studio and have some second or third opinions, then start imagining the structure and the production,” she explains about how she writes her music.

Giving advice to other songwriters, she says, “I’d say throw out any inhibitions. In this day and age of music and lyrics, it’s very welcomed to express exactly what you are going through. People want to relate to you, they want to know they are not the only ones that feel a certain way or go through a certain thing.We all might go through the same things but have different ways of explaining them.”  JoLivi finishes her advice saying, “Don’t ever, ever, be afraid to be you, ever!!!”

Living in Los Angeles, but being Hawaiian and being raised on the island of O’ahu, being confident in who you are and remembering who you are is something, JoLivi shares, she has been raised to remember. “My grandfather instilled in all his kids, grandkids, and great-grandkids that the culture will follow wherever we go. The love will never fade, the roots will always be at home waiting when we return. I wouldn’t say that the culture necessarily influences my music, but when I think about my childhood and how blessed I was to have such an amazing family, I return to that. Embrace it!”

Currently working on creating tour dates and her next EP, there’s no doubt that JoLivi’s grandfather would be/is full of joy for everything that she’s done and is working towards. “It does make me emotional,” she says when I ask her if she’s okay with reflecting on her grandfather and what she’d hope he’d say to her now. “He was a huge part of my life and the reason I have my voice. He was a beautiful singer/musician and honestly the first thing he’d say would be, ‘Where’s this guy? You need grandpa to throw the smacks,” she laughs. “He was a jokester of the family for sure. Then he’d say, ‘Nah, just kidding,’ hold me so tight and say, ‘Babe, I’m so proud of you,’ It’s hard because everything really lifted off a few months after he passed.” She then adds, “I miss him with every heartbeat.”

JoLivi’s EP, “Just For You” is available on her Soundcloud.

Listen to JoLvi’s cover of “Rocking Around the Christmas Tree”.