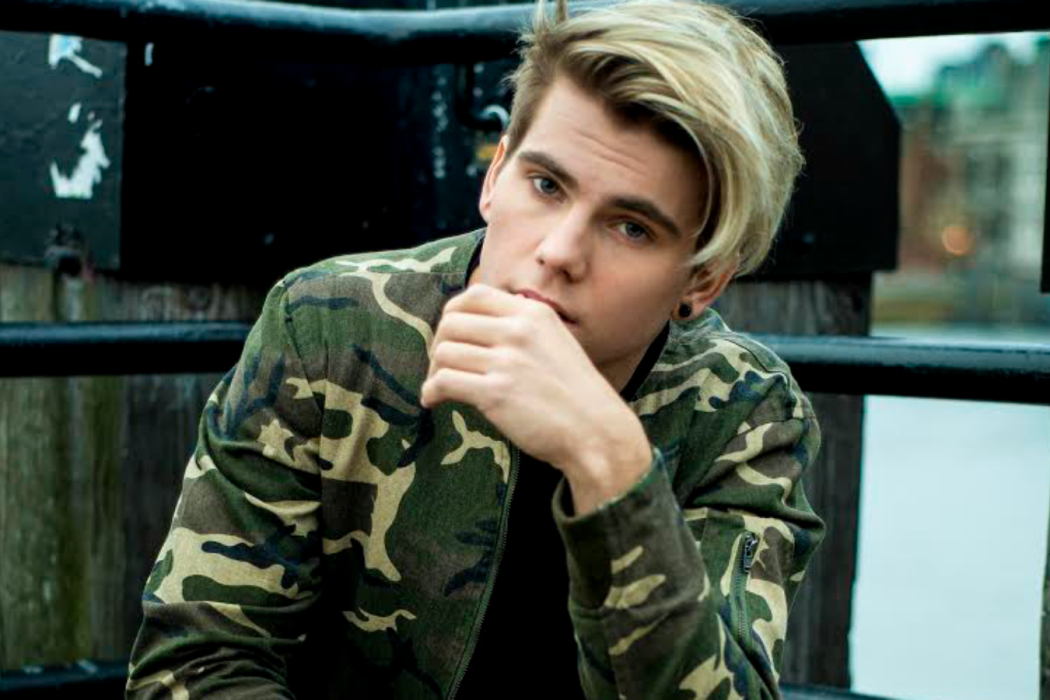 Originally a member of the band Overload on X Factor UK, twenty-one-year-old Jordi Whitworth is now a solo artist preparing to embark on a new music journey. We talked in late April about his new music and his decision to take that big leap of returning to this craft.

“I was in the band on X Factor, Overload and basically, the band kinda fell apart after X Factor due to two of the band members actually did something to me that kinda wasn’t nice, so I decided to leave,” Jordi began as he talked about what inspired him to pursue music. “I went through kinda a period where I didn’t know what I wanted to do and kinda just had to try to find my own path again really.” While looking for another path, Jordi realized that the pull towards music for him was just too strong, “But I just felt—I sat down with my family one night and I thought about it and realized that music was something I really enjoyed to do. That when I was actually on the stage performing and stuff, I knew that was something that…like, I’d never lose that buzz if you know what I mean. It’s something that I’d always want to be doing. So, I bit the bullet and kinda started doing my own thing.” 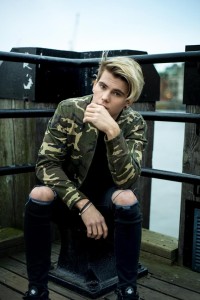 Despite being on X Factor UK in 2014, Jordi is still fairly new to the music industry. Trying to pick his sound, Jordi looked to strive for something less typical and more upbeat,  “There’s a lot of people in my position, I think, coming out in the industry releasing their first ever kind of music they kind of bring out their lovey dovey songs that really hit home. I’m a big fan of that type of music, but I really wanted to kind of create something that’s different but also something that everyone’s going to love like in the charts and everything you hear on the radio and I think that’s what I’ve got right now.” And while “radio music” tends to get somewhat of a bad rep, Jordi assures that he’s putting in the hard work, time, and dedication for his music, “I always want to make sure that I’m doing my 100% best. I think, what I’ve got so far is really good I think it’s really fun and catchy and bouncy and I think kids and I think even the adults are going to love the songs. So I’m really excited.”

“Basically, when I’m writing a song, I mean it’s kind of cliche, but you write from personal experience,” Jordi said about his process for writing his own music, “I always say try to hook other people’s personal experiences into songs so, yeah just kind of like from my perspective and from other people’s perspective. I want people to listen to music and experience it for themselves and feel like they’ve experienced something that I’ve learned in the music.”

Upcoming for Jordi on the music front is his working on getting his music to be released which starts with a trip over waters to here in America, “So obviously, I’m really looking forward to coming out to LA because I’m going to be doing a lot of stuff out there. I’m going to be hopefully launching my music out in LA. And when I come back, I’m going to be doing my own headline show over here in London which is going to be very exciting. Hopefully, my music will be out very soon so just looking forward to getting everything out in the open.” Jordi recently released a snippet of his song “Mambo” on his Twitter account for fans to listen to, but he’s extremely excited for them to hear the final products, “Everyone at the minute has seen me goofing behind the scenes so I want them to really see what I’ve been up to and what I’ve been doing because I’ve been working hard behind the scenes trying to build up my music and get to where I am now so I’m really looking forward to just getting it out in the open. And also, coming over, I’ve never been over to the states for music so I’m really looking forward to coming over there and seeing the way the Americans work.”

As for plans for the releasing of his music? “It’s definitely going to be either early summer or mid-Summer, I think. And I’m obviously coming out to LA around, I think the end of July, early August so I’m really looking forward to that. So not long until that . So I’m basically just preparing, now until then, I’m just rehearsing in the studios every other day now and just working on my music. And I think my show is going to be near the end of August, not a set date yet and then obviously my music is going to be around that time.”

His debut single, “Girl Next Door,” is a prime example of using personal experiences to tell a story. “Everyone has had, like a girl next door. A girl they’ve always had a crush on and everything like that. And I kind of felt like the whole concept of the song, it’s something that’s relatable to everybody,” Jordi said as we discussed the inspiration for the song. “But also, it’s kind of diverse you got ‘Girl Next Door’ and then you’ve got my other songs called ‘Fire’ and ‘Mambo’ and they’re like three completely different songs and yet, it’s kind of a similar sound if you know what I mean. It’s a good, diversity of songs.”

Jordi described the sound of “Girl Next Door” as a pop/R&B song, “it’s very bouncy and very catchy like something on the radio that if it’s been on the radio it’s definitely going to seep into your mind which I’m happy about as well, it’s what I kind of wanted to go for.” He added, “And obviously, ‘Girl Next Door’ is kind of very sweet and innocent and I think that the girls are really going to love that because it’s going to kind of show a bit of an emotional side but also fun it’s not like a depressing, sad song. It’s got a really nice, romantic tone to it.”

Speaking on his predominantly girl fanbase, he spoke openly about how he didn’t let it affect the way he would carry himself, “I’ve got a big following for, I think it’s about three years now, so I’m very, very fortunate to have that. But I wouldn’t say I’ve ever changed the way that I think about myself or I’ve ever portrayed myself because I’m just me at the end of the day. Like, my family and my friends all know me for who I am and I think now the fans do because I love to interact with everyone and I kinda act like myself around them. I don’t need to put on this act of where I need to act like a role model because I feel like me as a person is kinda like a role model anyway.”  And without that added pressure, Jordi finds comfort and excitement in interacting with his fans which can be seen on his social networks such as Twitter, “So, I feel like I’m okay in that sense, but obviously, the fans  I love to interact with the fans as much as possible because at the end of the day I’m doing it for myself but I’m also doing it for them because they’re the ones that are getting me where I want to be so yeah.” 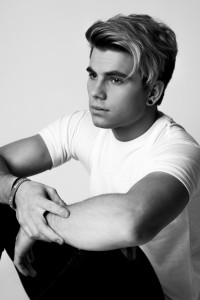 “My goal is, obviously, throughout my singing career that you don’t have to, not even to be a singer, you don’t have to start from a very young age to do what you want to do. You don’t need to go to acting school from the minute you’re born to be an actor when you’re older. You can do it at any age,” he explained. “I kind of want to inspire people to think that you can start at any age that you want to make your dreams come true and that’s exactly what I’m doing now. I never was a born singer, I’d never done singing, I’d never anticipated doing singing in my life, but, I got to an age where I just felt like it was something I would enjoy doing and I got started with the band and everything and I loved it and then yeah so I just continued to do it.”

And while Jordi playing against the odds is a part of his platform and how he hopes to motivate, it’s also an obstacle that he’s looked to overcome especially in an industry when so many get their start so young, “I think, for me, where I wasn’t a born singer,  it was definitely to bite the bullet and say that I want to do a solo career. And obviously, I had people saying to me, ‘Are you sure that’s that you want to do?’And things like that.” But the way to power through any attempt at discouragement or doubt, according to Jordi, is to power through with a driven mindset, “I’ve always been the sort of person that if I want to put my mind to something, I’m going to do it and I will succeed no matter what. So, I’m a big believer if you put your mind to it, it’ll work, just don’t give up doing it so I’ve kind of got the mentality that no matter what I do, it’s for the greater good and it’s going to work out one day and if it doesn’t, at least I know that I’ve given everything I can to make it work.”

With fame and success, tends to also come the loss of anonymity which for Jordi, who remains humble looking at himself as a normal person, is a new concept to experience,”I mean, it’s weird because obviously one minute you have—like I’ll be walking around my local shopping center and they’ll be like girls coming up to me asking for pictures and everything like that, but then, it’s still weird for me because I’m a normal kid. Do you know what I mean? I’m just a normal twenty-one-year-old just doing his singing career and that’s it and just trying to make it in the industry. But it’s weird to have this following where people are looking out for you as if you’re like some high celebrity which I would never ever see myself like that because, well, I don’t see anyone like that. I mean everyone’s human and that’s just the way it is, I think some people are just in the public eye and that’s it.”

Nearing towards the end of the interview, we talked for a little bit about what he’s learned about himself in the past year, “I’ve definitely felt like I’ve grown up in the sense of being more mature in the positions that I’ve put myself in and definitely, I’ve matured in the sense of trust and just loads of little things that got in the way.” And with his growing Jordi finds himself well on his way, “I’ve definitely become more headstrong just as a person, just definitely  become more independent.”