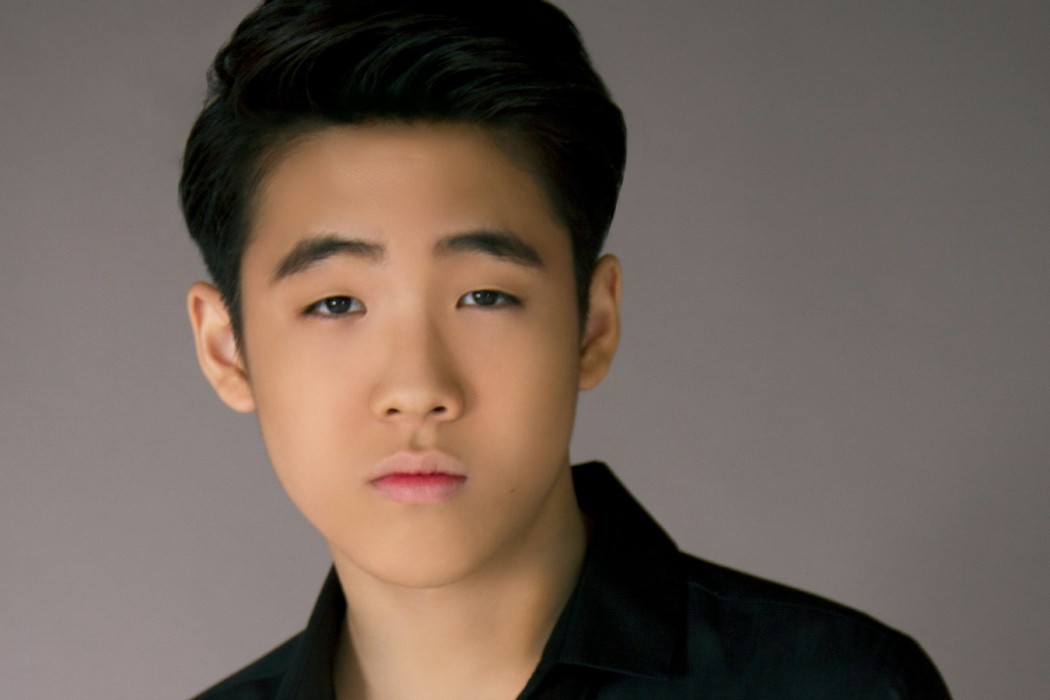 Maybe no one really expected that School of Rock would be as huge a success as it was when the film first released in theaters in 2003 but nonetheless, it excelled to become an iconic film of this generation. Starring Jack Black, Miranda Cosgrove, Joan Cusack, and Sarah Silverman, it focused on struggling musician Dewey Finn (Black) as he turned a group of prep school fourth-graders into a rock band.

Since then, the story has been adapted into a Tony award-nominated Broadway musical with music by well-known composer Andrew Lloyd Webber and recently, a television show for Nickelodeon.

Lance Lim plays the role of Zack, the band’s electric guitarist and child of reserved parents that have already labeled him Yale-bound. “The process of getting the role of Zack on School of Rock for me started with an initial audition in August of 2014. I picked up my guitar and went out for the role of Zack,” Lance said explaining the process of getting the role. “I think I went to 10 auditions and call backs until I finally booked the role. When we got the call that I booked it, it was a few months later in December of 2014. I believe Nickelodeon really took the time to choose the right cast and I’m honored to be a part of this awesome show.”

After discovering the movie was being adapted into a show, Lance became a huge fan, “One of my favorite moments in the movie, School of Rock, would be when we see Jack Black first taught the kids how to play their new instruments. It was such an iconic moment in the movie.”

“I think it took all of us from School of Rock; the writers, directors, and cast to really do justice to both,” Lance explained about the precautions the cast and crew took to honor the film and create their own thing at the same time.”We definitely carry on the legacy that the original movie left but at the same time, made it our own. The main difference is the fact that we have a span of 13 episodes for the viewers to see us grow as students. Viewers get to see great musicians with new music, trials, and people. These factors that I pointed out are a few of many factors that help rendition School of Rock into our own.”

Similar to his character Zack, Lance balances his education with his passion, “The most demanding part of working on School of Rock is getting up early, doing school work in between filming and trying to maintain my grades. I do plan on going to college so my GPA needs to be consistent.”

Renewed earlier this year in April for a second season, the season one finale of the show aired last week. The episode, centered on the Battle of the Bands, was Lance’s favorite episode of the season.

Citing Will Smith as his inspiration for acting (“I was really moved by his performance in the movie The Pursuit of Happiness. He’s really awesome.”), Lance has also worked on the sitcoms Growing Up Fisher and Fresh Off the Boat. “Fresh Off the Boat and Growing Up Fisher definitely have different content and jokes but being on set in front of the cameras are pretty much the same,” he responded about his experiences. “The difference is that Nickelodeon shows have multiple cameras versus single camera for the shows I worked on at a different network.”

Outside of acting and school, Lance has numerous other interests and hobbies to keep him occupied. For starters, he plays the guitar, “When I first picked up a guitar I was 12 years old. One day my mom asked me if I would like to take some guitar lessons because I enjoy singing and I said yes, thinking it would be really cool to play an instrument to go along with my singing.”

And has, almost unintentionally, gotten into swimming. “Funny story,” Lance begins explaining how he actually got into swimming. “I actually hated swimming, but last year during my break my mom suggested I take swimming lessons to get over the fear of water, so I tried it and I really enjoyed it. So I just kept taking lessons to perfect my forms and strokes. It’s a really good workout.”

Considering himself competitive about swimming in a previous J-14 interview, I asked if he could see himself doing it professionally to which he responded, “I’m only swimming for my physical fitness right now, but who knows? Maybe if I ever quit acting and singing, which I doubt very much, I will try it out. I feel fortunate to be able to do what I love.”

But, what’s one skill he wishes he could do?  “The skill that I would love to learn would be how to dance. I have huge respect for people who can dance. Maybe someday I will be brave and learn.”

Closing out the interview, we discussed a little on the rising conversation about creating roles for Asian actors and the whitewashing of Asian roles. “I don’t really like to classify myself as an Asian when I go to auditions or at work,” Lance began. “In the end, acting is an art to me. I believe as long as you are passionate and put your all into it and love what you do, you can overcome any stereotypical aspects.”

You can stay up to date on all things Lance Lim by following his Facebook, Twitter, and Snapchat (lancedaelim) accounts.

“Come Along” With Asia Monet Ray

Asia Monet Ray looks back at the creative process of her new single “Come Along”, her favorite part of filming the music video, and…