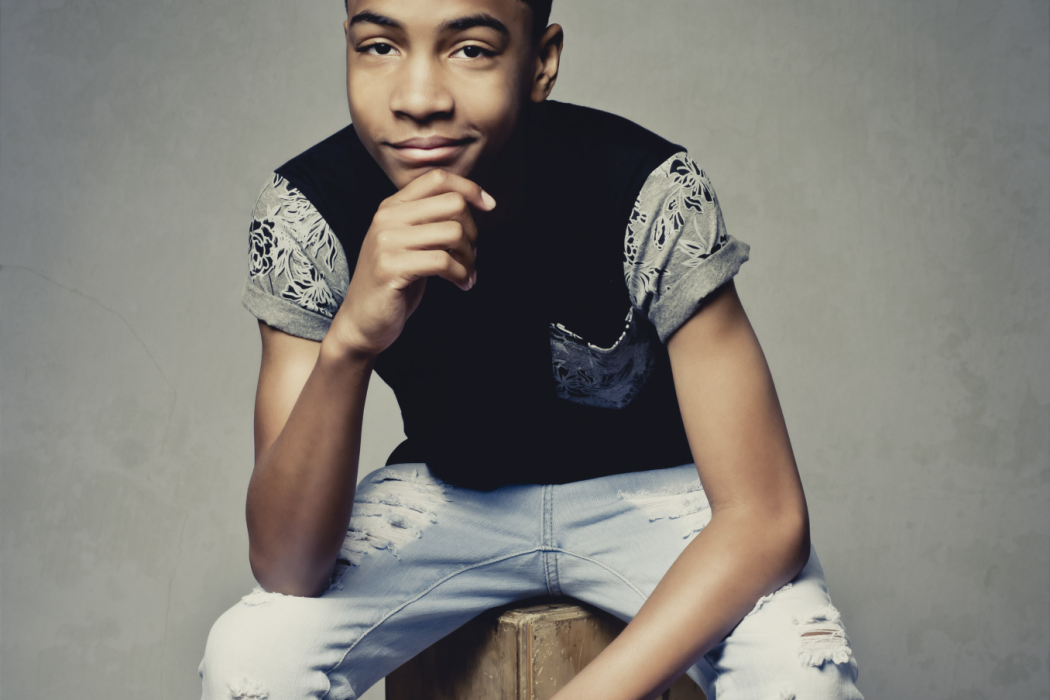 For 12-year-old Terrell Ransom Jr., more than half of his life has been spent in the entertainment industry. His lengthy resume shows his passion and perseverance as an actor, as well as the knowledge he’s gained so far in his career. Terrell is the producer and director of his own YouTube series, “Terrell’s World”.

With seven years under his belt as Theo Carver on the daily soap opera Days of Our Lives, it was a no brainer for Terrell is undertake the task of voicing Darwin Watterson on The Amazing World of Gumball.

“I got the news around my birthday, so I’ll never forget that,” he recalls of learning he would be joining the hit Cartoon Network show. He states that it was one of his favorite animated shows, even before he had the chance to audition for it. “I watched a lot of season one and two with my granny who actually introduced me to the show. So when I got the audition for the voice of Darwin, I knew I had to have the role.”

Terrell states how he felt he was blessed to book it and calls it a dream come true. “I was super excited for weeks!”

The excitement for Terrell has not faded over time. Darwin, a character he enjoyed a lot before being cast in the show, is much like himself, according to Terrell. He explains, “He’s really smart, lovable, and caring. Darwin seems to be mature for his age. A lot of people say that about me too. He’s the voice of reason for his older brother Gumball, who always seems to come up with crazy ideas that Darwin questions but ends up going along with. I’m definitely like that with some of my friends!”

Darwin is a character that if someone were to go on any social media site and look up what people said about him, all that person would find would be pages of posts and pictures filled with pure love and adoration for him. The fondness extends past the character though.

“Once [fans] found out that I was voicing the character, I’ve received nothing but love which has been cool!” the rising star says about the reaction from the fandom. “Thank you guys!” Terrell offers up some advice to his beloved fans as well, saying that they should, “Never give up on their dreams. That acting can be hard work but to remember that anything worth having in life will take hard work.” He also states that they should have fun and be themselves. 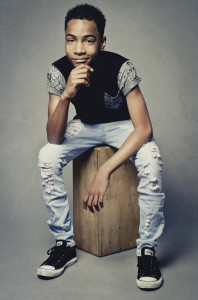 Being himself is not hard task for Terrell, especially when his character is very similar to how he is. Terrell calls voicing Darwin “super fun” because of more reasons than just their similarities. “Sometimes I get to sing, and scream (which I love), or cry. Just using my voice to help make Darwin a character that people love and enjoy watching is a great thing.” He goes on to say that he enjoys recording because every time he goes to record for the show, he sees that the creators and writers always come up with hilarious scripts or songs for the episodes. “I am usually cracking up throughout my recording session!” he confesses. “Of course the fans that show love on social media make my job great too!”

One such fan from Twitter, user @Arachnide_pool, submitted a question for Terrell, wondering what his reaction would be if he met Darwin in real life and what would he say to him!

“I would be ecstatic if I got to meet Darwin in real life, because of course he’s my favorite cartoon character,” says Terrell. “I have to say that it would be weird because he is a fish with legs! So I would probably say, ‘What the what!?’”

It’s pretty safe to say that his reaction would parallel some fans reactions as well.

An anonymous fan on Tumblr was interested in what adventures Terrell would hope to see Darwin and Gumball get involved with in the future. Terrell’s answer might even just give a reasoning as to how he’d meet Darwin in real life.

“I would want Darwin and Gumball to find a portal that transports them out of Elmore into the real world and they find out that they are actually on an animated show,” the young actor reveals as what he would want to happen. It definitely would make for an interesting and hilarious episode, but for now, fans can theorize how they think their favorite characters would react!

The show was recently nominated for a Kids Choice Award which Terrell dubbed as super exciting. “It certainly deserved it!” he exclaims happily.

“Not at all!” he responds when asked if he faced any difficulties with switching between the two. “Even though voice acting is easier than acting in front of the camera, I’m still very animated in the booth. So, I do a lot of acting while I’m voicing Darwin. It’s hard not to with that crazy, fun character!”

He goes on to describe his love for both acting in front of the camera and voiceover work, as well as what his favorite thing about voice acting is.

“I can go in to the studio and record episodes in my pajamas if I want to. There are no cameras and I don’t have to know my script. I record my lines for the episode and I’m usually done in an hour or two. It’s a lot more work when I’m acting in front of the camera. It’s usually an eight-hour day, I have to memorize lines, I have to work with other people, I always want to make sure we have great chemistry, then I may have to film a lot of scenes depending on how big the role is.” While both have their pros and cons, Terrell can’t pick one over the other. “I’ve gotten to work on some really great movies and television shows and I’ve met some great people one set that have become my closest friends, so it’s hard to choose one or the other.”

Jacob Hopkins is not only his good friend from The Amazing World of Gumball, and also voices the title character, but is also his co-ambassador for The Jonathan Foundation. Terrell says the foundation is actually run by good friends of Jacob’s parents. “His mom asked if I wanted to help out,” he explains. “So my mom and I attended the event the first year and loved what they were doing for people. The next year, Jacob and I became Youth Ambassadors and have been for the past two years.”

According to their Facebook page, The Jonathan Foundation was created to “address the needs of children with educational, emotional, and behavioral challenges through referral to professionals and organizations that provide advocacy, education, assessments, and resources.”

The foundation’s most recent fundraiser was in June, where Terrell got to see a few of his good friends who are also Celebrity Youth Ambassadors. “We heard some amazing stories and testimonies about how The Jonathan Foundation has touched the lives of so many people and changed it for the better. We were able to raise money at the charity event. We ate great food and danced the night away.”

For his fans, he hopes that his involvement with the foundation will bring more awareness to it and what it does. Terrell says, “There are so many kids and teens with learning disabilities that are not getting treated fairly by teachers in school or receiving the type of education they need. Some are also being bullied by teachers and kids because they are different or learn differently.”

Looking to the future, there are no limits for Terrell. Anything is possible for him and he hopes that he will be able to continue doing what he loves: acting, voiceover work, singing, music, and Youtube-ing. He wants to be happy while he’s doing it, and he wants to become successful through it. His desires don’t stop there though.

“I hope I get a chance to work with Will Smith, Denzel Washington, Robert Downey Jr., Chris Evans, Scarlett Johansson, and Jennifer Lawrence soon!” he exclaims. That’s not all though. “I’m going to book a lead superhero role in a Marvel movies series like “The Avengers” or a Jedi role in a “Star Wars” movie one day,” he says with clear determination for what he wants to accomplish in the future.

With the talent he has already begun to foster, the passion that’s evident in all his does, and the drive that’s pushing him forward, it wouldn’t be a surprise to see him accomplish that. Maybe he could even be like Samuel L. Jackson, who is not only Director Nick Fury, head of S.H.I.E.L.D. in multiple movies throughout the Marvel Cinematic Universe but also Mace Windu, a Jedi Knight in the “Star Wars” prequel trilogy.

For Terrell Ransom Jr., it’s going to be a wonderful and amazing world for him.

The Amazing World of Gumball is on Cartoon Network now!

Discussing The Middle With Atticus Shaffer

On screen, Atticus Shaffer is best known for playing Brick Heck, the intelligent yet, “oddball” youngest member of a not that far off family….