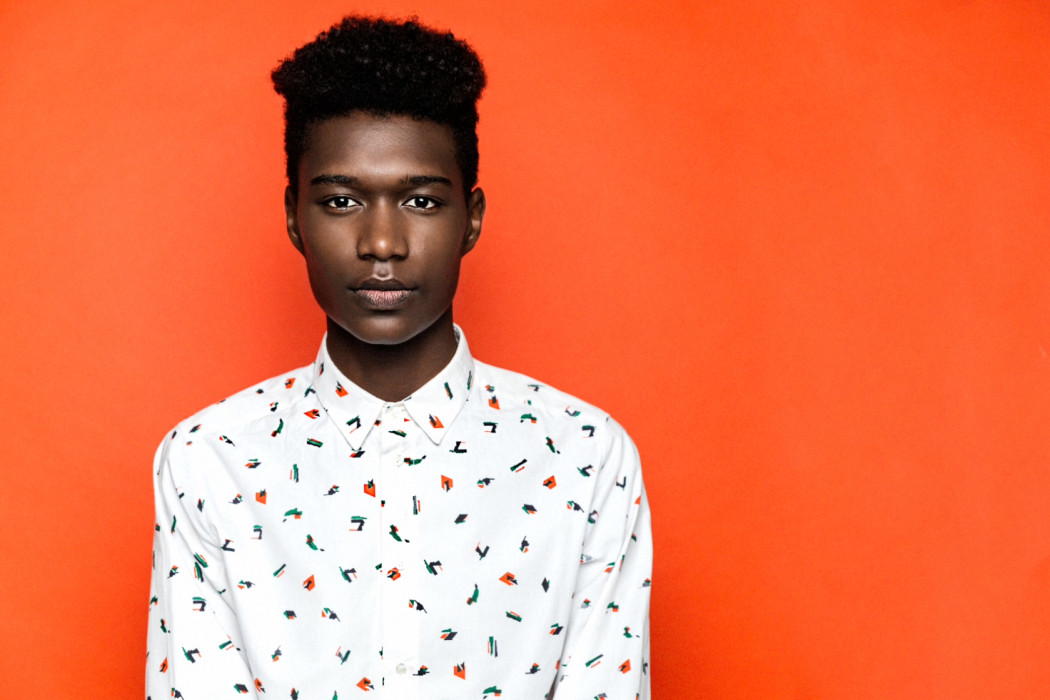 Belgium artist Amery first fell in love with music after seeing Michael Jackson’s “Billie Jean” music video. At five years old, his grandma bought him an African drum and the spark bloomed into a flame. “Growing up, I was surrounded by music,” he shares explaining that his family kept him in his roots with traditional Rwandan music playing throughout the house.

So, when the “Billie Jean” video played, his world shifted. “I was so moved by the sound, the dance, the visuals…it was something new. From that moment, I knew that I wanted to do music for the rest of my life.” When his grandma bought him the African drum, Amery practiced it throughout his childhood to play around with rhythms.

Residing in Belgium, Amery has the advantage of having grown up on Rwandan music, Belgium music, as well as music in the States. “Belgium is a small country and the scene is therefore not as big as the one you have in the States. A lot of the time, American artists are a big part of radio playlists: if something becomes big in the US, you can be sure it will become big here too,” he shares of the differences. “More often than not, you can make it in Belgium but it’s hard to make it beyond the borders. Only a few Belgian acts managed to do so like Stromae and Selah Sue. That’s why I’m really working hard on my craft and with my music team to make records that sound big, with an international appeal.”

“I simply don’t like to be put in a box. I always felt I had more to give as an artist than just one side so when I create, I make it a point to do so freely, without thinking of these labels that the industry wants to put on everyone,” Amery explains about his music when I describe it as showing the two sides of him.

I simply don’t like to be put in a box.

Part of this might have to do with the fact that his creative process varies from song to song, “The constant is that I always work with my producer James Lowland and, no matter what, I like to take my time when I’m creating, to explore every inch of my ideas. I want things to feel right, not rushed.”

The other reason for why his music may show two or more sides of him, he shares, is that while sometimes one genre may come easier than the other, overall, Amery’s biggest interest is stepping out of his comfort zone. “I like exploring new territories and it doesn’t matter how long it might take me,” he exclaims.

This, he shares, also includes being surprised about the things he’ll write about which includes sex. “Growing up, it was taboo in the family so when I finally reached my 20s, I started to dare to incorporate that sexual component to some of my lyrics.”

I want things to feel right, not rushed.

On this exploration of new territories and leaving his comfort zone, Amery’s lyrics are self-reflective. He agrees when I suggest that he’s a self-aware person and adds that he’s trying to be in touch with his feelings, “I know my mistakes and flaws; I know what hurts me and what makes me happy. And I like to pour all of that in my lyrics.”

This is evident in his latest single “You Know” which deals with the fear of putting yourself out there and the rejection or love that can result. “I’m usually super shy and most of the time, it takes a lot of effort for me to approach someone just because I’m afraid of getting rejected,” he admits. “If I’m being turned down, I typically try to figure out what went wrong but I must admit that it makes it even harder for me the next time I want to approach someone. The last rejection always stays in a corner of my mind, as emotional baggage, and I’m just scared to find myself in the same situation again.”

He adds, “Love is not an easy thing!” And yet, it is something that he hopes people take away from listening to his music. “I put so much love in when I’m recording my songs. I truly hope people can feel that and get inspired by it,” he says.

For me, music has always been my escape and my favourite way to express what I can’t say in my daily life.

For his most autobiographical lyric, he cites his single “Blame” with the lyric, “I’m not perfect.” “It’s okay to not be perfect, it’s okay to make mistakes,” Amery explains. “I feel like you don’t live life to the fullest without making a few mistakes here and there and learning from it, growing from it. Yes, I do have my flaws but I think that’s what makes me human,” Amery shares letting the self-awareness seep through.

“I’m the worst when it comes to explaining myself and communicating with people,” Amery responds when I ask him if it’s easier for him to put himself on the line in person or in his music. “It’s so much easier for me to open up in my music and show my vulnerability. For me, music has always been my escape and my favourite way to express what I can’t say in my daily life.”

Ironically, for someone that admits to fearing vulnerability and putting himself out there to be rejected, Amery works in an industry that requires just that. Luckily for him, he has a team that looks out for him. “They make sure that I don’t get bothered by any criticism or rejection and that I create things that I love and will stand behind 100%,” Amery sings his praises. “At the end of the day, you’re the first person who has to love and believe in your music.”

“I’ve been exploring myself as an artist these past few months ’cause I want to give more to the audience,” he teases his upcoming music. “And trust me: the upcoming music is gonna be different, more profound and definitely more me.”

Last year, when I talked with singer-songwriter Alex Weksler over the phone, it was a warm day in July that the Baysider was taking…