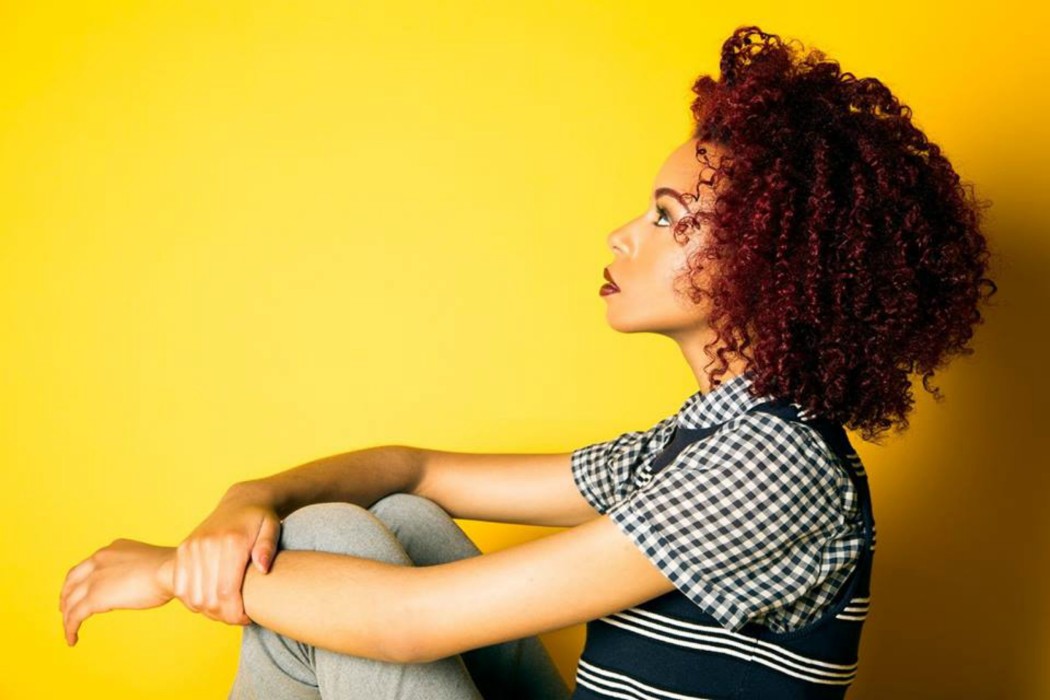 When you listen to her music, you’re pulled into a dream filled with love, hopes, nostalgia, observations, and stories. Her name is Ravyn Lenae, a talented multigenre and multifaceted singer/songwriter from Chicago, Illinois. A member of the local music collective, Zero Fatigue, Ravyn has worked with artists like Smino, Jean Deaux, and producer Monte Booker. She has also collaborated with Chance the Rapper, Noname, Saba, and Mick Jenkins.

In 2015, Ravyn released her first body of work, Moon Shoes, created organically and “last minute” once she decided to cut the music she was making into a project. The EP was then rereleased in 2016 including two new songs. “From my earliest ages, I always knew I was artistically inclined, but I wasn’t really sure what my medium was so I hopped around a lot. I played piano for a little while, I played guitar for a little while, but it wasn’t until my piano teacher at the time asked me to write a song on the piano with words and a melody,” she explained about how she began to realize how she felt about music. “I had never done that before and it was a real challenge for me. But, in doing that, I found that I really enjoyed singing and songwriting way more than playing piano actually so from there, I started taking vocal lessons and I did talent shows and recitals, I sang in church for awhile and school, so that’s how it kind of started for me.”

Attending a performing arts school where she’s being classically trained in music, through laughter, Ravyn shares that she remembered auditioning with “Ease on Down the Road” from the musical The Wiz. “I felt really good about my audition actually,” she reflected on that day. “The people who auditioned me were very nice and welcoming and the kids were nice. I already felt the aura of that school at that point, so it was cool.”

Performing for the first time in 2015 at the House of Blues, it was a performance and a day she says she’ll never forget. But, it was releasing her first single, “Greetings,” beforehand that made her realize she could create a career for herself, “I got a lot of attention from that song, attention that I wasn’t really expecting. Really I put the music out there just to put it out there because I felt like I needed to, you know? As an artist, you wanna put your stuff out there so I didn’t notice until different artists from Chicago, or a lot of people, were like following me or tweeting my music out. So, at that point, it was just real for me, you know?” 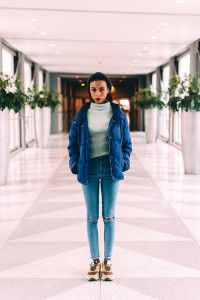 Taking on the path of songwriting, Ravyn’s visual lyricism comes out of her love for writing, words, and sentences. If she wasn’t a musician, she says that she would be an author. “Whenever I write, I picture a character. [I] always make up a character in my head or a specific scene and moment before that scene, so a lot of the time I am talking to someone else or someone else is talking to me. I always picture it that way,”  Ravyn commented on writing her songs where the message is directed towards the listener. “That’s why I always use the pronoun, ‘You’. I never use third person pronouns, it’s always in second person or first person. I don’t know why. Maybe I’ll play with pronouns one day, but those are my main two.”

Even though it wasn’t the first song written for her Moon Shoes project, based on the story behind it, it’s understandable why the airy, dreamlike tune “Venuzalian Trains,” is the first one listed. “Honestly, I think ‘Venuzalian Trains’ is the most profound song I’ve written only because of the writing. That’s kind of when I got in touch with my writing style more and it plays with my writing style a little more, so I think the way that it’s written is really cool,” Rayvn explains about the song, “I try to envision two people in a conversation and if you listen back to it, keeping that in mind, you’ll hear it.”

Connecting with her listeners partly comes with communicating with her listeners in her songs, but it also comes from the honesty and personal experiences she includes in her music which can range from writing about the people that she’s romantically involved with to writing songs through her mom, “Really, I pull from experiences from people who are close to me. So, it may be three stories wrapped in one if you get what I mean. So, maybe, one friend, one aunt, one is my mom, you know? I really pull from all of those stories to create one big storyline.”

Ravyn now has an upcoming project, Midnight Moonlight, a self-described, “small, short little project” to give listeners a peek at what she’s creating next and showing her growth. “I like to listen to my old stuff and compare it to my new stuff because so much changes in over a month or a year and I can hear that I’ve developed and that I’ve advanced vocally,” she compares the two. “My writing style has changed a bit as well so I’m really excited for everyone to hear.” 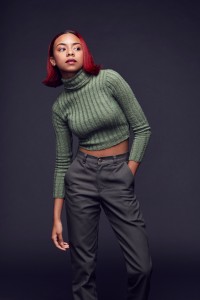 “I just realized in some other interviews, they asked me about the moon, I don’t know what it is [but] I feel more connected to the moon than the sun and I’m not really sure why,” says Ravyn about her use of the moon in her art. “I don’t know, the moon is just the light and the darkness, you know? There’s something very elegant and beautiful about the moon that I really resonate with. Maybe I’ll move on from the moon after this one and move on to the sun, but I’m still stuck on the moon for now,” she laughs.

She also prepares to go on tour with rapper, Noname beginning their sold out run next Wednesday, February 8th and 9th here in Chicago at the Metro before going to Wisconsin. “I’m really excited to travel, I’ve never been to Toronto, or Canada rather, so I’m excited to go there. I heard it’s really clean there and beautiful, so I’m really excited about Canada.” She quips with a laugh, “Hopefully, I have some time to explore Canada, but I doubt it.”

Along with Noname, Ravyn is among other Chicago artists of this generation garnering attention in the music scene. “I think it’s because it’s so many of us at one time. We had Kanye, we had Common, but it wasn’t at the same time, you know?” she explains why she felt the Chicago music scene is finally receiving wider scale recognition. “The times were off, but now, everyone is around the same age it’s like literally an army of us so I think that’s why: we’re making a little more noise now because there’s so many of us and we’re doing it all at the same time rather than it being all spread out or across generations where it’s kind of weird and you don’t really know how to connect it.”

I asked her if it’s ever weird or a lot having that connection and being expected to be a spokesperson for Chicago especially the Southside when approached by outsiders who carry their own negative perspectives or expectations about Chicago to which she responds, “Oh yeah, you know why? It’s because people who aren’t from here already have a really fixed idea about Chicago that’s not very accurate so it can be a little annoying at times. But, I get where they’re coming from because they don’t live here and they’re not walking these streets every day whereas we see it every day, you know?” Since she’s often asked how the violence here influences her work, Ravyn clears it up, “I don’t feel like the violence and everything influences my work at all, it influences me as a person, but not my work.”

With her own distinct music, Ravyn also has her own distinct style and look representing her personality, “Everything was there before, you know, everyone noticed me.” Creating her look, and how she wanted her music to sound and look came naturally, “I had a sense of who I was and what I wanted so that has a lot to do with the visuals and how I found myself. My hair has been red for, like, four years now, so that’s always been there but [now] people are getting to know who I am.”

“Honestly, I feel like as a musical artist, my job is to provide a sense of comfort in the midst of tyranny and I think that applies now more than ever because there’s a lot going on in the world and the US and people want to be able to go home after a long day and turn on some nice, soothing music,” Ravyn explains what she wants to contribute to the world. Finding her comfort in artists like India.Arie, Solange, and Beyoncé, she says, “I really want to be that person and that sense of comfort for people. That’s my dream.”

You can find dates for the ‘Telefone’ tour here.

Over two years and nearly 15 million YouTube views after the release of their song “I’m Ready,” AJR is ready to shake up the…