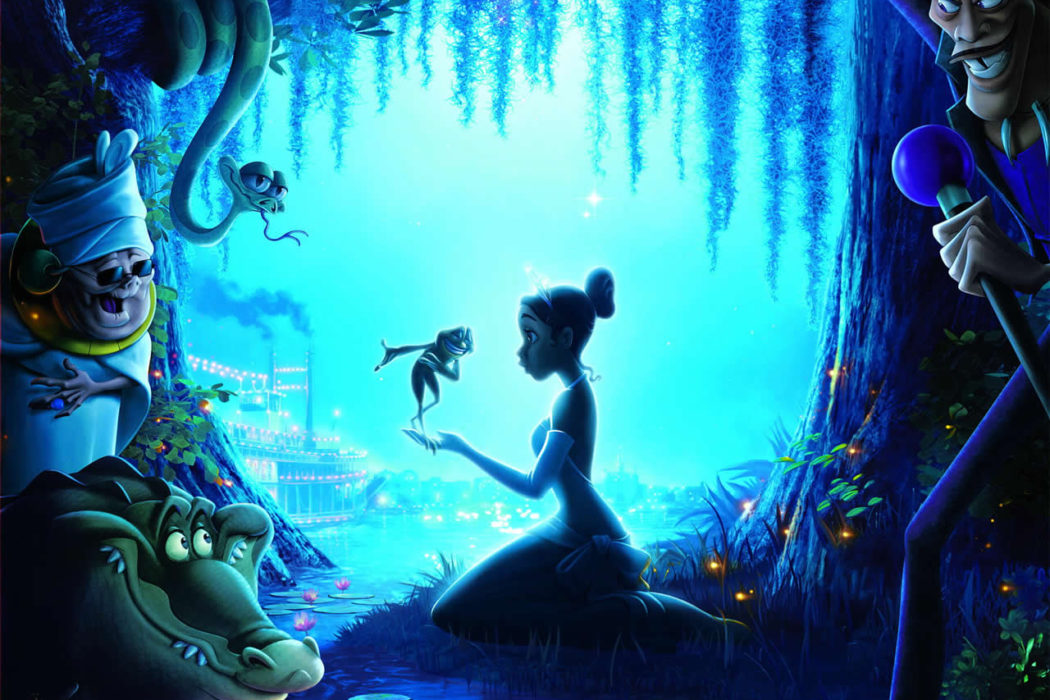 So now, let’s just get the basics out of the way then for why Tiana deserves more flowers than she’s received this past decade since first being introduced to this world, shall we?

There is something special about a story getting to exist that centers a Black woman in that time period and being animated in the beautifully classic, painting-like way that it is. Obviously, this doesn’t rewrite history–including the anti-Blackness embedded in Disney’s history–and whether the story was necessarily done “right” will always hold merit as a debate. But, I’m a lot more interested in looking at the positives AND negatives of this movie rather than just only the good or only what could have been done differently/better.

At her core, Tiana holds meaning because her characterization is inspired by a true story. Tiana’s roots find themselves through the Queen of Creole Cuisine herself Leah Chase who recently passed this year. Their exact stories aren’t the same, for example, Leah was actually born in the 1920s and her restaurant Dooky Chase played a prominent role in feeding organizers of the Civil Rights Movement. She also studied, collected, and displayed African American art while going on to serve as a board member of New Orleans Museum of Art among others. (I recommend just doing research on her, she’s dope.)

I think it would have been interesting to see Princess and the Frog incorporate those elements of Leah Chase’s story into Tiana’s. That said, Tiana’s passion for her restaurant is because of her dreams to be a chef, because of her father, and as heavily stated in “Almost There” to build a space for community that is driven by her food and clearly honors her roots and upbringing. So the essence is still there. She’s aware of all of the hard work required to achieve this goal and she’s willing to/does put in the work. The issue is in the fact that she’s not granted the opportunities.

The lesson, I think, that Princess and the Frog is about is that play and joy is just as important as work because too much of one or the other is an unhealthy imbalance. In Naveen’s case, Tiana made him realize his privileges as a prince–so much so that even after having never worked a day in his life, he was willing to change that if it meant helping her get her restaurant. And it wasn’t because he didn’t believe she couldn’t do it on her own, it was because he realized she was being denied the opportunity because of a privilege he had that she didn’t. In Tiana’s case, it was that just as much as she deserved her restaurant, she also deserved to take moments to breathe and live and embrace the love she was surrounded by which is what her journey as a frog ultimately allowed her to do.

I could analyze and over-analyze Princess and the Frog to my heart’s content. Such as wondering why Charlotte who so clearly wants Tiana to thrive and cares about her, didn’t just give her the money for the restaurant or why Charlotte’s dad didn’t just do it since he clearly has pull in New Orleans. (I’ve thought about this a lot and assumed that maybe Tiana was deadset on doing it on her own without Charlotte’s help for the sake of power balances in their friendship, but even this theory doesn’t have sturdy legs to stand on if you think about it too much.)

Or even open discussion about how as a fan of both, I would like to see more Disney Princess movies and rom coms not make the happily ever after/epiphany of these characters who just met be that they’re immediately in love with other. Which, don’t get me wrong, I love Tiana and Naveen with my whole heart and think their relationship is top tier, but Naveen being prepared to propose to Tiana after a day of knowing her and more importantly, Tiana being willing to say ‘yes’ is both confusing and out of character given the span of time. Tiana thinking realistically and practically is one of the (many and obvious) differences between her and Charlotte. It’s logical for Tiana to realize she has or could have feelings for Naveen, but even with the new realization of how important it is to let love in, it feels more like her that she would search for that in her mother and friends first before immediately going to Naveen and telling him she’d be willing to sacrifice having her restaurant if it means he’s in her life romantically. (Especially because the alternative doesn’t necessarily cut Naveen out of her life, it’s just in a different way that I think Charlotte regardless would have realized if brought to her attention and stepped back.)

There is also space for talking about what we’re supposed to make of the overall lesson of the movie being about how what we want and what we need aren’t the same thing. Which is true. Just because we want something doesn’t mean it’s something that we need. But, what Tiana wants and her determination to get it should not be looked at as a character flaw. Her character flaw, I argue, is actually that she doesn’t prioritize herself and wellbeing. But (and maybe this is just me) it’s hard to fault her for that given the circumstances. I don’t think anyone existing similarly to Tiana wants to sacrifice their ‘self’ when the odds are actively set against them otherwise. But survival is survival.

So then, what does “what we want vs. what we need and which one matters more” mean or what should it mean? I don’t know. Maybe it’s different for everyone–or at least, maybe it should be different for everyone so long as it considers equity and is not eliciting harm. But, where I’m at right now, I want the message of “not always getting what you wanted, but having what you need” to not mean settling as a happy ever after. Especially for Black girls/Black youth because I think they’re told enough that their dreams are too big when they extend past someone else idea of what they’re capable of. And especially for Black women because I think we’re told enough that we ask for too much when asking the bare minimum.

I will say, I don’t necessarily think that’s the case in this movie because, in the end, Tiana gets both. She gets her restaurant in the way she envisioned it without compromise AND she has the love of her family and Naveen. Even though it was never right or fair that Tiana had to work as hard as she did to achieve her dream and prove to the realtors that she was qualified, her work paid off. She got what she wanted and she got what she needed which was to take the time to breathe and embrace in supportive love–which just so happened to include romantically falling for Naveen. The movie gave her this happy and joyous ending filled with love and success without telling her that she had to completely sacrifice herself or make herself smaller in order to get it.

Looking at the discourse surrounding movies such as the recently released Queen & Slim got me thinking about how one of the reasons I love Princess and the Frog and will watch it as a pick-me-up movie when I need it has to do with the fact that it’s a movie that lets us see Tiana be a Black woman and the way that her being a Black woman affects how she must navigate the world because of how the world treats her and at the same time, the movie is not solely about her existing in 1920s misogynoir.

It’s to be noted that unfortunately, she and Naveen being frogs for the majority of the movie might play a role in that and the fact that we see them in frog form for most of the movie when it’s one of Disney’s few representations of animated Black characters–and the first/only Black Disney Princess–also deserve critique and discussion. But, if it’s true that the beauty of cinema is that different films offer different things someone may want or need to experience, I give Princess and the Frog credit for being a Black-centered magic-infused animated story that highlights Black love outside of trauma and celebrates community/chosen family outside of struggle. This isn’t to say that those stories that offer the opposite aren’t needed or that one kind of story should be prioritized over the other, it’s just to request that Hollywood acknowledge this duality.

If Disney ever intends on revisiting this story–which, given their reboot surge, I’m assuming it may be inevitable in the near future, I’d recommend at least two things:

The countdown to an album release is exciting yet terrifying for so many artists. This is perhaps even more true in the case of…