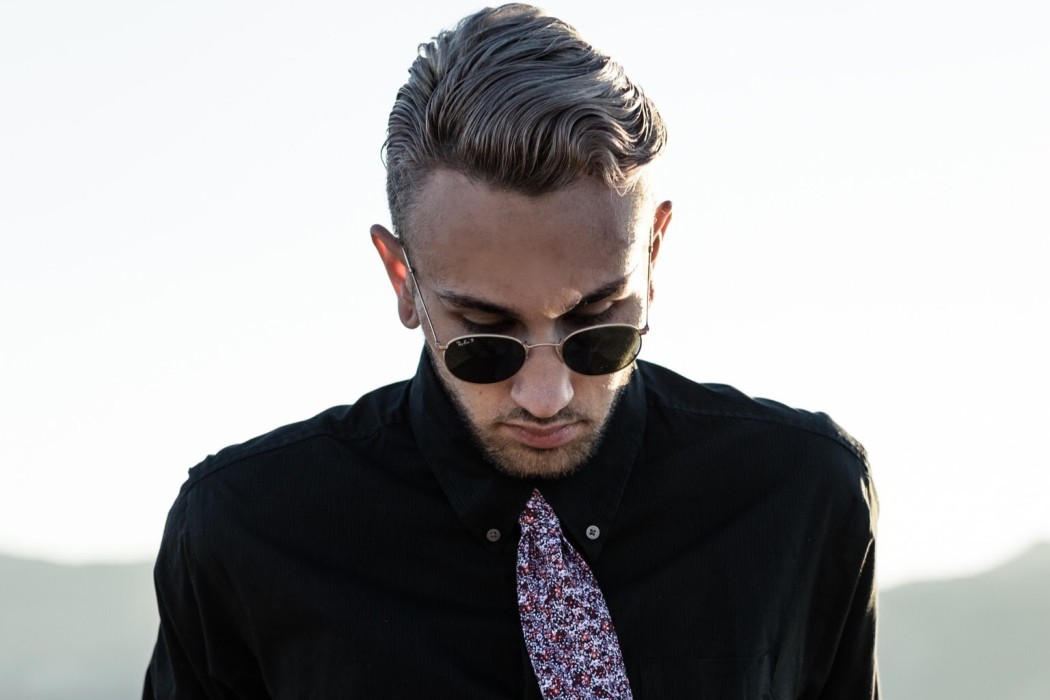 Going viral early on as an artist can be intimidating. At that point, you can be stuck in two lanes: either you ride the wave of that one success, or you try to constantly top that and grow. For singer/songwriter Dylan Matthew, calling his latest EP Only Up From Here proves that his intention is to do the ladder. Developing a fan base through multiple projects such as his covers on Youtube, his collaborations with artists like Tanner Fox and Taylor Alesia, and his own music, Dylan is without a doubt doing the thing that he loves.

Dylan fell in love with music at a young age, singing before he could even talk and while learning how to play the piano when he was four. In 2015, he began to professionally pursue his music through singing, songwriting, producing, and engineering.

“Honestly, I just create whatever I feel like creating. I make music in so many different genres that my sound is kind of all over the place. I’m just an open artist,” he says referring to how he picks his eclectic sound mixed with R&B, soul, and pop influences among others.

Getting into the production and engineering side of music came from Dylan wanting to take more initiative when making his music. “I literally always want to work and I started getting tired of having to book studio time and waiting on other people,” he shares. After buying a laptop and equipment, he taught himself how to produce and mix.

Looking at his Youtube channel, you can listen to his original music and listen to his remixes of other songs. Most recently, he released his own version of DJ Khaled, Rihanna, and Bryson Tiller’s song “Wild Thoughts”. “Basically I just pick a song I’m super into at the time and I know I can put my own spin on. I usually just keep the same chorus and rewrite the verses,” Dylan exclaims about how he chooses songs to cover and remix.

Honestly, I just create whatever I feel like creating. I make music in so many different genres that my sound is kind of all over the place.

Now on his third EP, Only Up From Here, Dylan’s excitement about how far he’s come musically couldn’t help but show as he talked about it. Describing the 6-track EP as his best work because of its versatility,  each song comes from a different place for Dylan. “Half of the songs were already written and they were my newest/best songs I’d done so those were the first ones,” he says about the process. “And then I wrote the other three the week that I decided to release the EP and just formed them together!”

“I hope it really broadcasts my ability and my range of style. I think there is at least one song for everyone on it,” he explains about how he hopes this sophomore EP can also serve as an introduction to him.

“For Nocturnal Mind, [the title] was based on the fact I basically stay up all night because that’s when I’m most creative. I truly have a nocturnal mind so it fit very well,” he reflects on the title of his 2016 EP. “Only Up From Here is where I feel I’m at in my career right now. I think I’m going uphill and working really hard, so it’s only up from here.”

Comparing the two EPs, he considers Nocturnal Mind to be an experimental EP with its slower vibe being evident of him growing familiar with but still learning how to make music in the R&B genre, “Only Up From Here is all of my styles bound together into one EP, which I’m super proud of.”

Writing some pretty personal songs for Only Up From Here, Dylan explains the importance of personal experiences for his music, “Personal experiences are everything. I need to connect to something in my songwriting otherwise I never feel very strongly about the song. Everything I write is based on some sort of experience.”

Only Up From Here is where I feel I’m at in my career right now. I think I’m going uphill and working really hard, so it’s only up from here.

“I wrote a song called ‘Blurry Eyes’ that you can hear on my EP, and it’s definitely the most personal song I’ve ever released. The rest of the EP is pretty upbeat so this was a surprising emotion for me to write considering I don’t release many vulnerable songs like this,” he shares.

Discussing further into the personal aspect of his music, Dylan admits that he does find himself censoring himself but not in a way that necessarily holds him back, “To some extent, I censor myself. My most personal songs are definitely locked away in my project files. But there are certain songs like ‘Blurry Eyes’ that I feel people can relate to and that I feel very personal with that I don’t censor at all.” 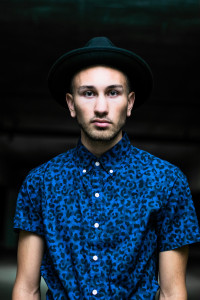 There’s a lyric in “Blurry Eyes” where Dylan sings, “I could do this if I just put myself first,” which he explains come from a very personal place that makes it inherently autobiographical. “I tend to put other people’s needs in front of mine which stops my own growth,” he reflects, “But if I didn’t, I know I’d be better off.”

Dylan also talks about the song, “I Don’t Wanna Know” from the EP which also proved to create a different challenge for him. “My track, ‘I Don’t Wanna Know,’ off of my new EP was probably the most stressful song I’ve ever worked on. Writing the song itself only took me about 15 minutes but producing it to make it sound how I wanted it took me weeks.” The song, driven by acoustic guitar and piano gives coffeeshop on a rainy day vibes while still keeping with the overall soulful feel of Only Up From Here.

My main inspiration for songwriting is women. So I normally write about an experience I’ve had in some sort of romantic setting.

“My main inspiration for songwriting is women. So I normally write about an experience I’ve had in some sort of romantic setting,” he says when asked about where he goes for inspiration. Writing a range of songs that involve falling in love, falling out of love, finding love, and more, Dylan also looks for inspiration by listening to artists like Zayn, Ed Sheeran, and Blackbear.

Coming from a musical family, when it comes to workshopping his work and making it the best he can, he reaches out to his dad. “My dad plays the biggest part in feedback that I take seriously,” he explains. “I always play him my music before I release it and get his opinion and take on the song and things that I could change to make it better because he has such a musical ear.”

While it’s only up from here for Dylan as he works on his own music, collaborations with other artists, and gaining his fanbase, Dylan looks back on the performance that to this day still stands out to him, “The first time I ever performed and people sang my lyrics back to me is definitely one I will never forget. It was just a small house party show but it was awesome to hear.”

Dylan’s Only Up From Here EP is available on iTunes, Spotify, Soundcloud, Google Play, and Apple Music.

To accurately describe what Captain America: The Winter Soldier was like, you’d need only one word: intense. The entire movie had you on the…