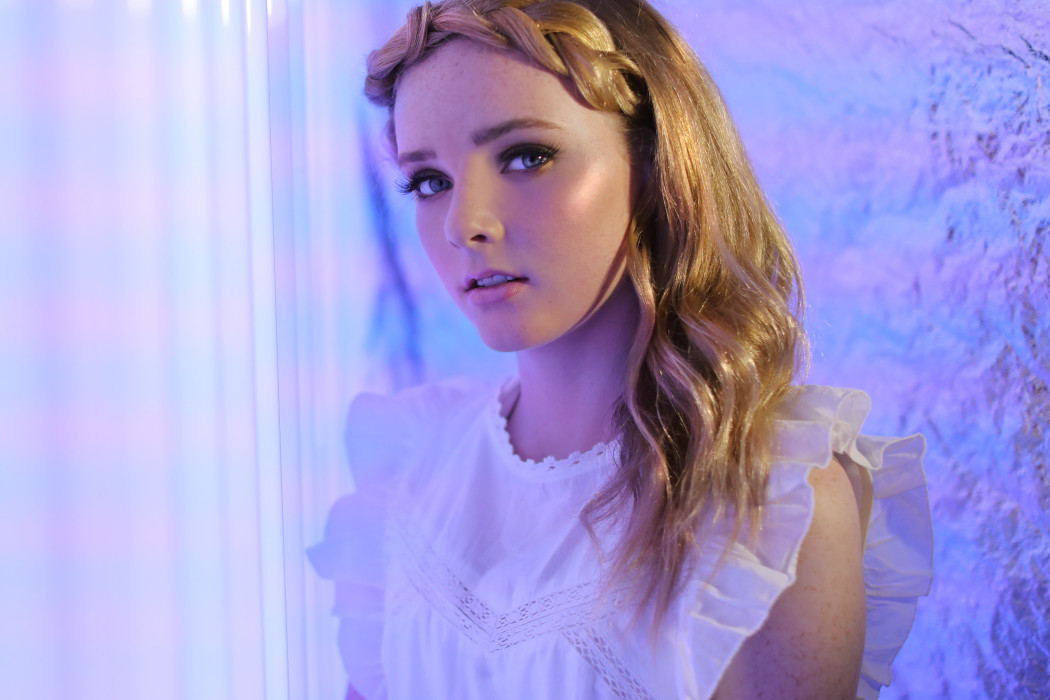 At just four years old, budding singer-songwriter Queeva could be found singing around her house. The tunes that frequently filled the space were “Redneck Woman” by Gretchen Wilson and “Coat of Many Colors” by Dolly Parton.

The young age only showed the start of a growing passion that would light the path of her future.

“Since that age, I have always wanted to be a country singer,” says Queeva. “When I started working with Jamie O’Neal when I was nine, I knew I wanted to pursue music as a career.” Not long after meeting, Jamie helped her create her very first album. The two worked to refine the young singer’s vocals as well as her songwriting abilities, something she takes great pride in.

I dreamed of writing a song like this for a while, so I had so many ideas by the time it came to writing it.

The most difficult part of writing, according to Queeva, is trying to get started with a song. “You’re not sure what direction the song is going to go in,” she explains. Adding, “It gets much easier once you get rolling – the ideas just start to flow out!”

For the country starlet, she credits her 2017 single “Who You Really Are” as one of the easiest songs to write. A catchy tune that cascades to the listener’s ear with a fiery passion, the song promotes self-confidence and seeing how wonderful one’s self truly is.

“I have met many people who don’t believe in themselves and try to be someone they are not to hide struggles they are going through,” Queeva says of the inspiration behind the song. “I dreamed of writing a song like this for a while, so I had so many ideas by the time it came to writing it.”

Queeva also dreamed of being like Taylor Swift, who she says influenced her love for country music. “I knew her songs like they were my own. I always remember thinking to myself, ‘I wanna be like her someday!’” As she continues to pour her heart and soul into each song she creates, Queeva exposes her hopes and dreams much like her idol, who is best known for the honesty and raw vulnerability with each song she pens. For the young star, being vulnerable like that through her songwriting doesn’t get her nervous at all.

At first, I felt defeated because I loved my song, but then I realized that there are going to be people who don’t like my music.

“I feel really comfortable releasing and performing my songs, because it’s definitely true to my feelings, and I’m able to send out the message that I want to send out.”

Sending out that message encourages her to continue to work hard on her music. Queeva refuses to be deterred by the fact that some people might not like it – an aspect of the industry that she discovered earlier in her career. “I came to the realization when I performed one of my original songs for someone, and they told me that they didn’t like it,” she says of this memorable moment when she learned this fact of life. “At first, I felt defeated because I loved my song, but then I realized that there are going to be people who don’t like my music. That only pushed me to work harder and continue writing.”

Queeva has continued to write and recently released a new single titled “Live Like A Song”. Containing the fiery passion that encompasses every aspect of her music, this single is contagious and makes listeners want to rock out and sing along. Her voice holds an easy confidence that floats to one’s ears in a great compliment to the music playing underneath her vocals. The song also showcases the potential that Queeva has to continue growing as she gets older, ensuring a bright future.

“Live Like A Song” is described by the singer-songwriter to be about what music means to her and how she feels it’s a universal language for everyone.

“In today’s world, so many people feel alone – especially my age – and I just wanted to remind them that they are never alone!” she exclaims. “I was inspired to share that message with everyone, because in my opinion, it is very important to remember that.” This made her so excited to see how the song would finally turn out in the end. “I couldn’t wait for my fans to hear it!”

Fans couldn’t wait to gush over the song once it was released. “I love getting feedback about my songs, and I love when my fans and listeners can relate to my songs! It makes me feel like I’ve gotten the message across that I hoped to,” she says with a smile.

I was freaking out that one of my biggest influences actually took the time out of her day to respond to a cover I did of her song!

While her fans have an array of favorite lines from “Live Like A Song”, Queeva’s is one that she feels everyone can relate to no matter what. “‘Music is the one thing everybody loves, a heavenly gift from up above!’” she quotes as her favorite lyric. “I love this line, because no matter who you are or what you do, music is something that we all love and that is something that unites us all together – even if we don’t realize it!”

That passion and love for music is what helped her decide to pursue music as a career, even if it means working with her regular schedule of school and chores. “Balancing school with music isn’t easy,” Queeva admits, “but I make it work and keep my grades up so that I can keep doing what I love most.”

Sometimes, that means including other aspects of her life like her Irish background. “I definitely try to incorporate my Irish heritage in my songwriting, because that is such a huge part of my life,” she says. “My Irish heritage is also a part of my personality, and I think that it shines through my music.”

The starlet goes on to say that through all her time and new experiences in the music industry, she has learned so much. “I think I definitely improved not only in my music, but also in my songwriting.”

Her overall growth has shown with each new single or cover that she releases. Her covers even grabbed the attention of another one of her inspirations.

“It was absolutely insane just to have Kelsea [Ballerini] watch the cover video I did of her song,” Queeva says of the video she posted to Twitter of her singing ‘Peter Pan’. “[It was] even more exciting that she responded to me!” the singer can’t help but exclaim, her joy from the day still clear. “I was freaking out that one of my biggest influences actually took the time out of her day to respond to a cover I did of her song!”

Looking to the future, Queeva reveals that she is working on a new single very soon. “I just filmed a video for it which was so much fun!” she gushes. “This song is very upbeat and has another positive message. Can’t wait for you guys to hear it!”

The singer-songwriter even teases some lyrics. “‘Unlock your soul, set it free…’”

Queeva’s latest single “Live Like A Song” is available on iTunes and Spotify now! Check out the music video on YouTube here!

Hailing from a small town in Canada, young singer/songwriter Brettyn Rose is ready to make a positive impact through music. Her heartfelt singles warm…