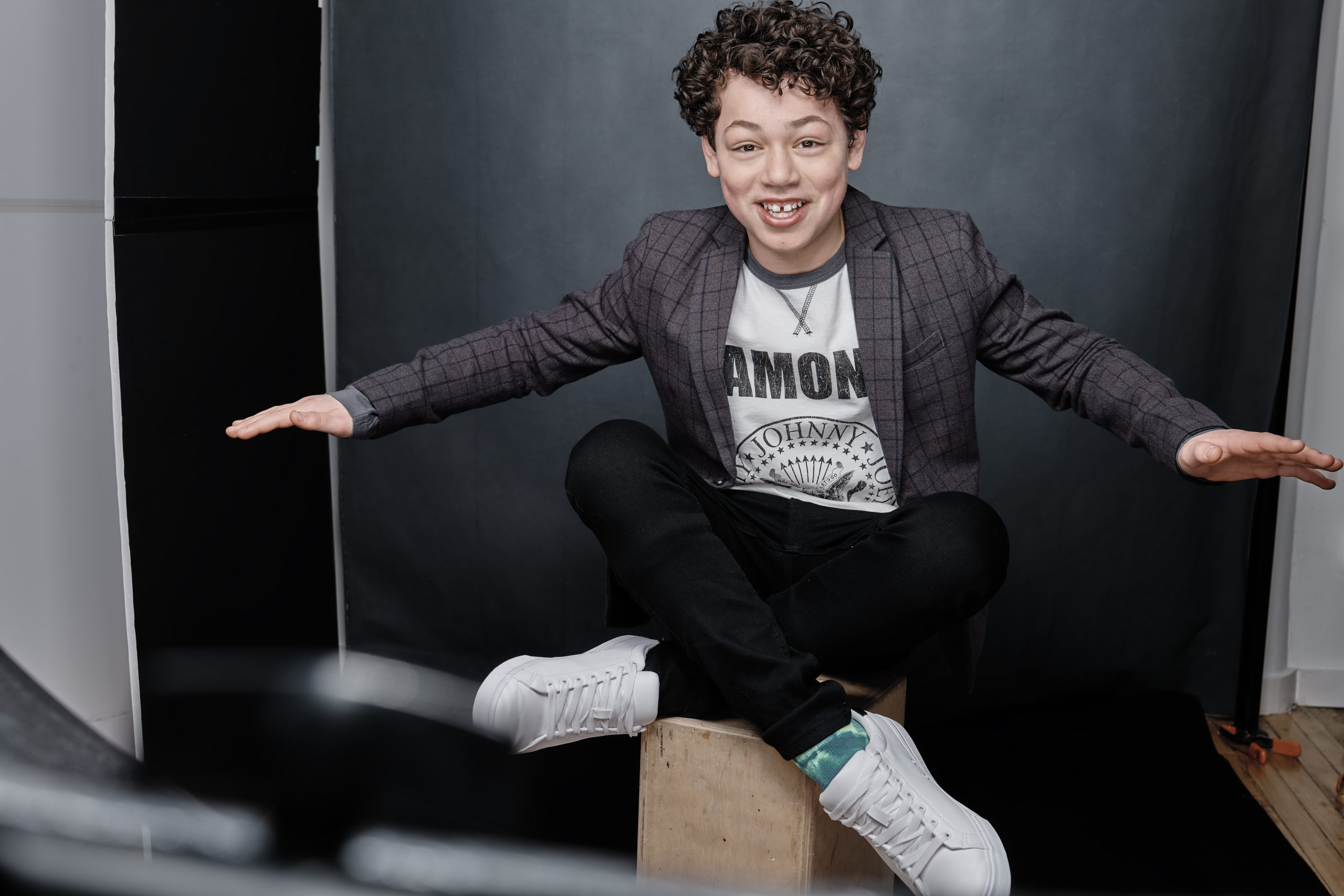 Imagine having your parents say yes to everything you want to do for 24 hours. Be it eating a huge ice cream sundae for breakfast or having a huge water balloon fight, the choice lies with the kids and the parents are along for the ride.

For Julian Lerner and the rest of the cast of Netflix’s new film Yes Day, they get to experience the chaos and fun of a ‘Yes Day’ firsthand.

“Our movie is about the Torres Family Yes Day where my two sisters, played by Jenna Ortega and Everly Carganilla, and I make the rules for one entire day. It is an epic day of adventure!” the actor shares of the film. He plays Nando, the middle child of the Torres family. “Nando is funny, smart, mischievous, and up for trying anything!”

When the film introduces audiences to the Torres family, the carefree, risk-taking adventures that parents Allison [Jennifer Garner] and Carlos [Edgar Ramírez] used to go on are now limited to parent-teacher conferences and a steady stream of ‘No’s to their kids requests. It is at the parent-teacher conference that Allison views a video made by Nando which depicts her in as a negative, fun-destroying monster.

While the film project Nando made did upset his mother, Julian clarifies, “I don’t think anyone really wants to make their mom feel bad, so I think a piece of Nando regrets the video.” He adds, “That said, the video does help Nando’s parents arrive at the decision of having a Yes Day which ultimately brings the family closer together!”

Throughout their Yes Day, the Torres family’s activities include eating a huge ice cream sundae for breakfast, going through a car wash with the windows down, and even ending up at the Magic Mountain theme park. With so many fun adventures going on it might be hard to pick a favorite, but Julian knows right away which activity was his favorite to film.

“Roller coaster scenes – I love going upside down!” he exclaims, referencing the moments filmed at Six Flags Magic Mountain in Los Angeles. “We rode in the front car and the camera was strapped to the front of the roller coaster.” The actor adds that the coaster was tested multiple times with the just the equipment aboard to make sure it was steady and safe for the actors to ride with. “The tech side of filming these scenes was amazing and I got to spend the day doing one of my favorite things to do in the world – riding roller coasters with friends!”

Enthusiastically declaring the ability to shoot at a theme park to be ‘EPIC!’, Julian dives in further, recalling the experience. “At the end of the week shooting at Six Flags, Casey Hamilton, Corporate Partnership Coordinator at Six Flags who was with us during the entire Six Flags shoot, took Jenna, Edgar, myself, and a few of the other actors and crew on a private tour and we rode almost every roller coaster at the park without having to wait in any lines. It was the most amazing end to the most awesome week.”

Another massive scene to shoot was when water balloon fights combined with paint ball met capture the flag on a humongous scale.

Describing what it was like to shoot that particular scene, Julian exclaims, “AMAZING! We shot this scene for about a week. We used 30,000 water balloons and hundreds of extras to create four teams: Red, Orange, Blue and Green. In addition to the cameras on the ground, we had a drone camera to capture shots from overhead. Most epic water balloon battle ever!”

The finale of the film shifts its focus between two places – a music festival that Jenna Ortega’s character Katie is at and a party that Nando organized at the family’s house. When Nando’s party gets out of control, the house is filled with foam!

“I love a good party and this was a wild party!” Julian says. “We had 30 to 40 extras between the ages of 10 and 14 on set to shoot the science party scene. The energy was high, and it was really cool to be able to take it all in and channel that into Nando going from excited to frustrated that he had lost control of the party.” The shift of his character’s emotions relating to the party is gradual and audiences are able to see as it builds slowly. “It was a great acting challenge, and I am lucky I was surrounded by so much talent on set to learn from.”

The party is an experience that Nando learns from as well, and it helps him to understand where his parents are coming from when they tell him ‘No’ sometimes.

Overall, speaking of what his character’s biggest takeaway from the Torres Family Yes Day is, Julian says, “Nando learns his mom can be super fun, his dad can step in and say no, and sometimes rules are needed to keep things from getting too out of control.”

The events of the Yes Day will impact the Torres family going forward, there is no doubt. It is something that Julian imagines happily for the family.

“Yes Day turns out to be a liberating day not only for the kids but also for the parents. All year long, they can now add things to their list to ask for on Yes Day. This is a day the whole family looks forward to because you just never know what adventure is on the horizon!” 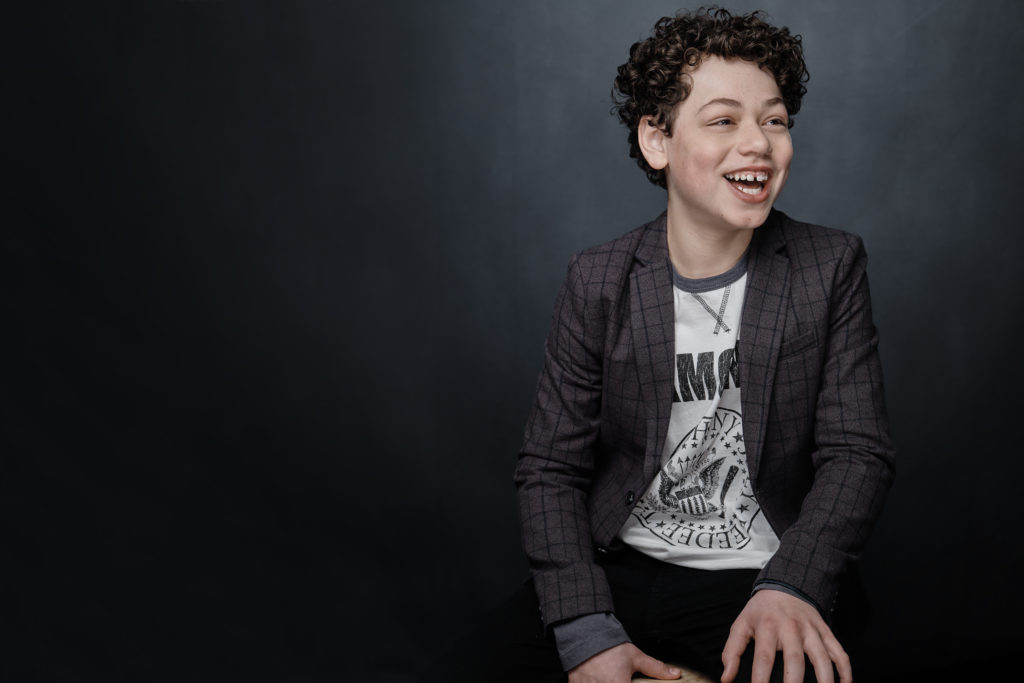 For TEENPLICITY, part of the charm of Yes Day is that the film focuses on this day spent together as a family – no work calls, no social media – just enjoying each other’s company. Julian’s favorite aspect of the film is the way it shows mistakes can and will happen, and that’s okay.

“I think it is important for kids and teens to not only learn that they can make good choices but also that they can screw up and it will be okay,” the actor says. “I love that the Torres Family Yes Day gives space for this to happen and ultimately brings the family closer together.”

Filming also brought the cast closer together as well. “Everyone was kind, fun, and professional. The best experience ever! Jenna Ortega gave me amazing advice and guidance throughout the entire shoot.” He explains further, “Jenna and I both started acting professionally at a young age so to be able to talk with someone who is older but also close enough in age to be a friend was special.”

Jenna wasn’t the only actor on set he took advice from. Working alongside seasoned actors like Jennifer Garner and Edgar Ramírez offered him the chance to learn from them in multiple ways and bring that knowledge with him as he moves forward with his career.

“Jennifer Garner is the most kind, loving person and she brings those qualities into all situations,” the young actor recalls. “It sets the tone for the entire set and I will strive to do the same with every future opportunity.”

He continues, “Edgar is an amazing role model. There was a moment during filming the science party where I was getting frustrated with myself because a line wasn’t coming out the way I wanted it to and I kept apologizing when I made a mistake. Edgar took me by the shoulders and said, ‘It is okay to stop and take a breath and gather yourself even when in the middle of shooting with lots of people around. No need to apologize. Close your eyes, take a breath, and center yourself. I do it all the time.’ To hear that even big-time actors need to stop and take a breath during filming was so helpful to hear and is something I will bring with me to every job.”

Julian can’t help but add, “I feel so blessed to have worked with and learned from such an amazing cast.” 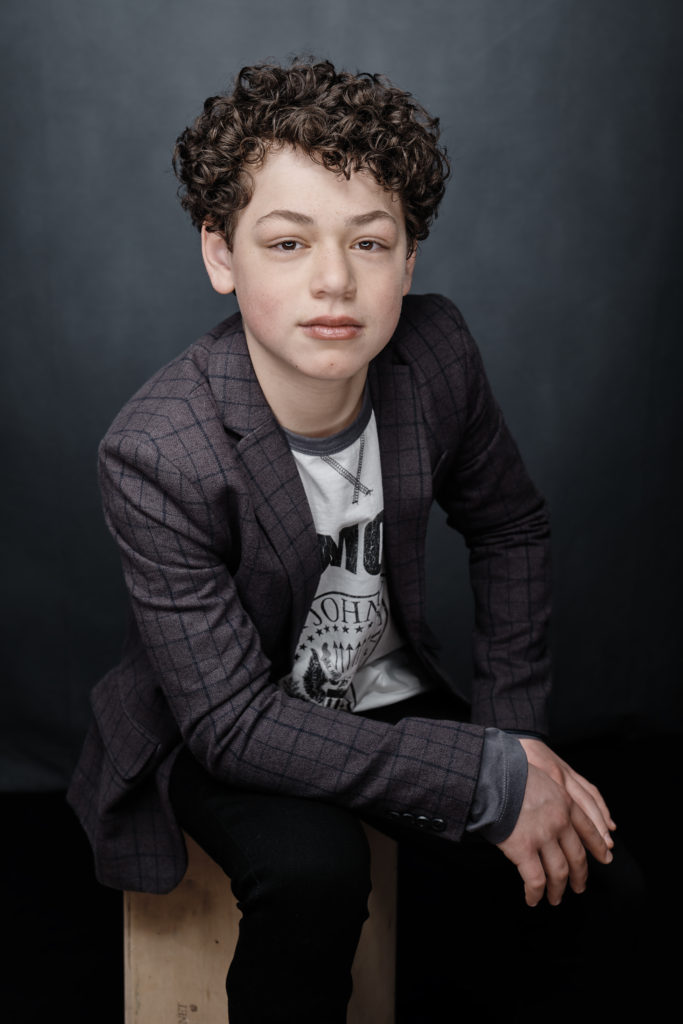 Not only was shooting Yes Day a learning experience for Julian but he also takes away many fond memories from the movie.

“I have so many wonderful memories filming Yes Day it is hard to pick,” he says, thinking over his time on set. “One of my favorite memories is when the entire family is in the tent together, thinking about the adventures of the day and dreaming of their next Yes Day!”

There’s also one scene in particular that still makes Julian laugh when he thinks back on it. “[The] ice cream scene,” he simply states. “We were all amazed watching Edgar down every drop of the huge bowl of ice cream. He was hysterical running to the bathroom and then right back out for the win!”

Though their Yes Day started tame with the ice cream breakfast, the kids of the Torres family have their choices get more and more chaotic as the day goes on. With that in mind, TEENPLICITY couldn’t help but ask Julian what kinds of things he would include on a Yes Day with his family. “Top five asks for my Yes Day: Going on the tallest water slide in [the] USA, sing a duet with Kelly Clarkson, go to a Green Day concert, surf in France, and go to Legoland – I love Legos!” he shares.

A family film for all to enjoy, Yes Day highlights the balance needed in family relationships, the need to let go and have fun or be a bit firmer in decision-making, and also to forget about all the other distractions in the world so one can focus on their family. Talking about how the film has impacted the way he views his relationship with his parents, Julian says, “I am very fortunate to have supportive and loving parents. When my parents say things like, ‘No, you can’t jump from that high off [of] the stairs (Mom),’ or ‘No, you can’t have more screen time today (Dad),’ Yes Day has made me stop and think… Okay, they aren’t saying no to drive me bonkers. They love me and sometimes parents have to say no to guide kids and teens to making better choices.” He adds with a laugh, “I still may turn around and roll my eyes though!”

Yes Day is available to stream on Netflix NOW!