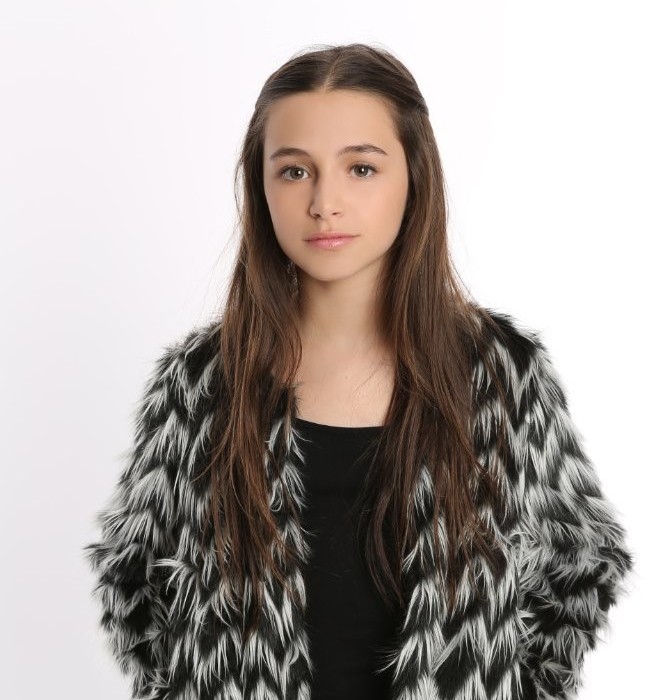 Rapper and former “America’s Got Talent” contestant Sky Katz talks with Teenplicity about her character on “Raven’s Home” and what to expect as the show premieres.

New York native Sky Katz has found herself a new home – with Raven-Symoné that is. Disney Channel’s newest series “Raven’s Home” will follow a now adult Raven Baxter [Symoné] as she deals with life as a divorced mother of twin teens. Sky plays the spunky next-door neighbor who is perfectly okay spending more time at their house than her own.

“She’s basically like one of the family, whether they like it or not,” Sky says with a laugh about her character Tess. “I’m always in their house.”

The journey to becoming a part of the spinoff series can be summed up easily by the newcomer, who had told her manager she wanted to act. “I never really addressed it,” she says about why she hadn’t talked much about acting prior. Her manager found her an agent that put her on many auditions. “Finally, ‘Raven’s Home’ came up and now here we are!” she exclaims, her smile obvious in her voice as she speaks.

Sky recalls letting out the loudest scream you could hear when she got the news about “Raven’s Home”. “[My dad] comes in with a camera guy and I knew something was up because then my agent called me and my manager and I was like, ‘Okay, I got it, didn’t I?’” She did. Sky giggles at the memory. “Then I screamed and my camera guy got a whole video and it was crazy and I was so excited!” The only downside had been that the audio on the video wasn’t working. However, she still is able to see her no doubt priceless reaction whenever she desires.

Getting to be a part of “Raven’s Home” is a joy for the rapper as she was well aware of the hype that still surrounds the original series “That’s So Raven”. Her siblings and their friends grew up with the show and Sky recalls watching it with them.

He comes in with a camera guy and I knew something was up because then my agent called me and my manager and I was like, ‘Okay, I got it, didn’t?’

Taking on a new character to be added to this already well-adored universe isn’t easy but Sky doesn’t let that stop her from enjoying every moment. She describes her character to be a no-nonsense type of girl. “Don’t mess with her!” she can’t help but give a friendly warning.

“[Tess] loves her friends. She’s very cool,” continues Sky, who cites the love for her friends as a similarity she shares with Tess.

“We’re very different because she comes from a really wacky family and I’m from a normal, stable family,” she compares with a laugh. Sky slips into an accent heavier than her normal New York one as she imitates her character call out to her mom, “Come on, Mom! We eat off that table!” The amusement in her tone is apparent as she discusses the fact that her character calls her uncle on the show too. “There’s many crazy things that I hint about my family,” she says of Tess.

Of course, family doesn’t always mean blood relation. Sky dishes that although her character gives Levi [Jason Maybaum] a hard time, she’s always there for him. “She’s kind of like an older sister, I’d say.” In fact, Tess and Levi find themselves involved in some wacky schemes, similar to that which made everyone fall in love with “That’s So Raven”.

Referring to one promo where Tess uses a bat to destroy Levi’s drone, Sky tries to dodge spoilers as she expresses the fun she had filming that episode, being involved in her own wacky scheme. “There’s a whole journey we go on with that. I don’t think I can give much more information with that but the whole crazy fun journey we go on with the drone!” she teases. Her laugh is soft as she explains, “I’m trying to go around [any spoilers]!”

The audience will know [Tess likes] hip-hop. You’ll see why when you watch the show!

Tess will learn about Booker’s [Issac Ryan Brown] visions and all that goes with it in season one, according to Sky. She cites it as being crazy but she’s honest that she doesn’t remember exactly how the characters find out about Booker’s visions. “It was weeks ago when we filmed it but because we’re always constantly learning new lines, I don’t remember how we found out. I forgot,” she admits with a laugh.

Growing up on rap and being a rapper herself, Teenplicity couldn’t help but ask if her rap skills would get incorporated into her character Tess at all, which she confirms.

“It hasn’t [been incorporated] yet in the episodes we have filmed but it will eventually, yes,” she reveals. “The audience will know [Tess likes] hip-hop. You’ll see why when you watch the show!” 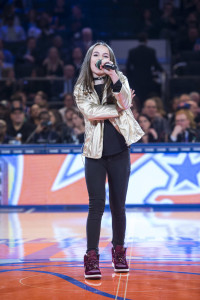 For Sky, life has been like a whirlwind for almost two years. In 2016, she was featured as a contestant on “America’s Got Talent” and this year, her breakout role on “Raven’s Home” premieres. “Number one,” she begins as she recounts her favorite memories from this time, “[is] when I found out I got the job for ‘Raven’s Home’, obviously. Number two – when I performed at Madison Square Garden at halftime.”

There’s high hopes for Sky in the future. The pride and happiness in her voice is contagious as she speaks of her ventures for 2017. “There’s so many things going on in my brain,” she admits with a laugh as she thinks of all that’s happening.

She is working hard on “Raven’s Home” and is also working on new music to be released.

Be sure to catch Sky on “Raven’s Home” premiering tonight on Disney Channel right after Descendants 2!