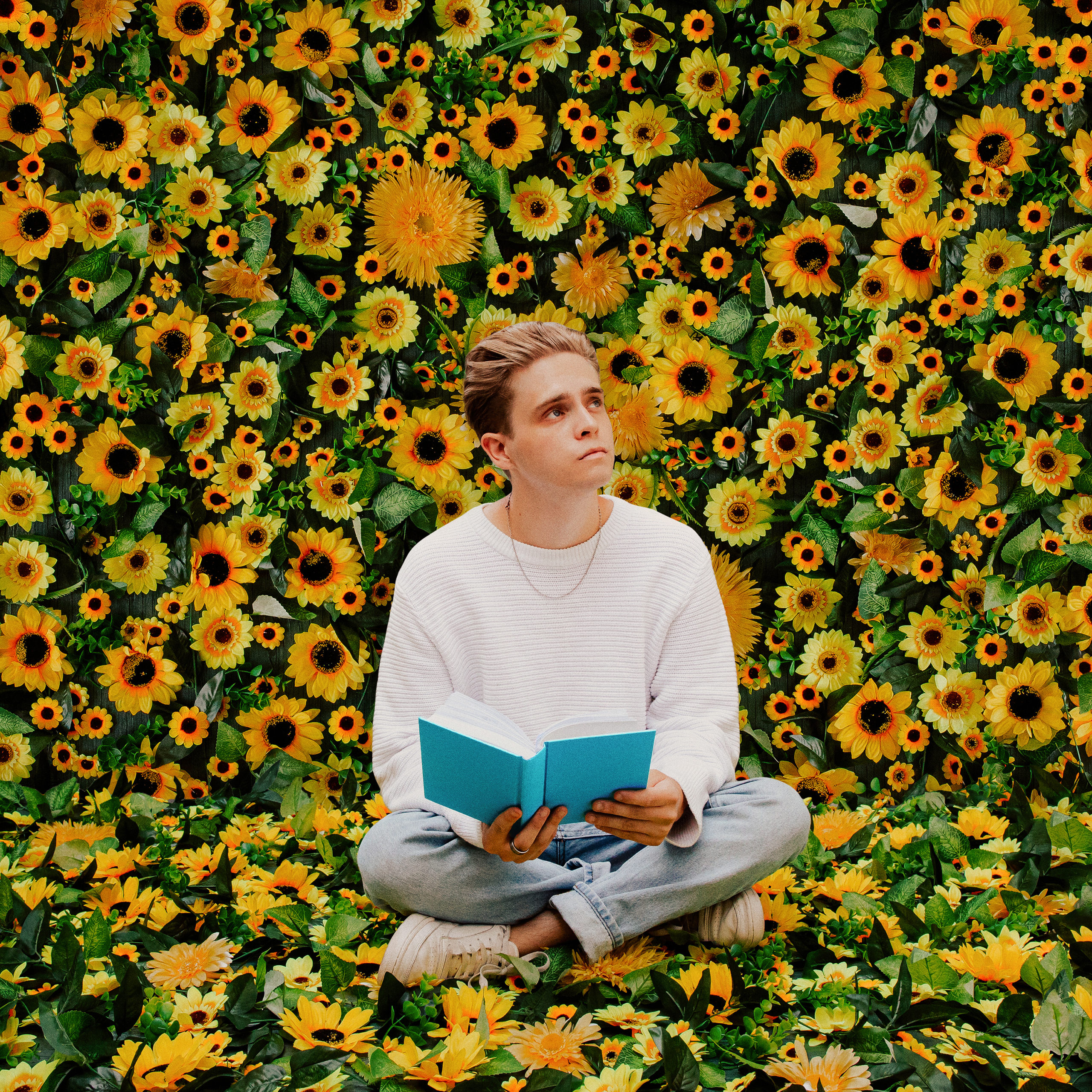 When TEENPLICITY spoke with Devin Kennedy just days before the release of his latest EP SunDayDreams, his excitement was palpable.

The EP consists of a mix of previously released singles and new songs, all coming together to create a perfectly relaxed summer album. The leadoff track ‘Silence’, a song he’s found prior success with, is the perfect tune to go after a heavy downpour when the sun emerges through the clouds. Meanwhile the next song, ‘Sundress’ easily allows the listener to transport themselves to a place the likes of flower meadow on a sunny day.

Discussing the inspiration behind the EP, Devin says, “I wrote and recorded these songs to guide listeners on their own summer daydream. To me, these songs feel light and sunny, but also at times can surprise you with twists and turns, just like a dream.”

SunDayDreams leaves no question as to why Devin has been included on so many best and new pop playlists, including Spotify’s “Chill Pop”.

Stating he had plenty of cool things planned around the release of the EP, Devin says, “It feels like I’ve been waiting forever to drop this new music. Release week is always an even amount of stress and excitement, but a lot of the time those two things come hand-in-hand. I wouldn’t have it any other way.”

This can be no better summed up than in the new songs that he’s included in the EP, ‘10ft Tall’ and ‘Late Bloomer’. The singer-songwriter’s excitement is wrapped in curiosity as he tests new sounds like what’s heard in ‘Late Bloomer’. 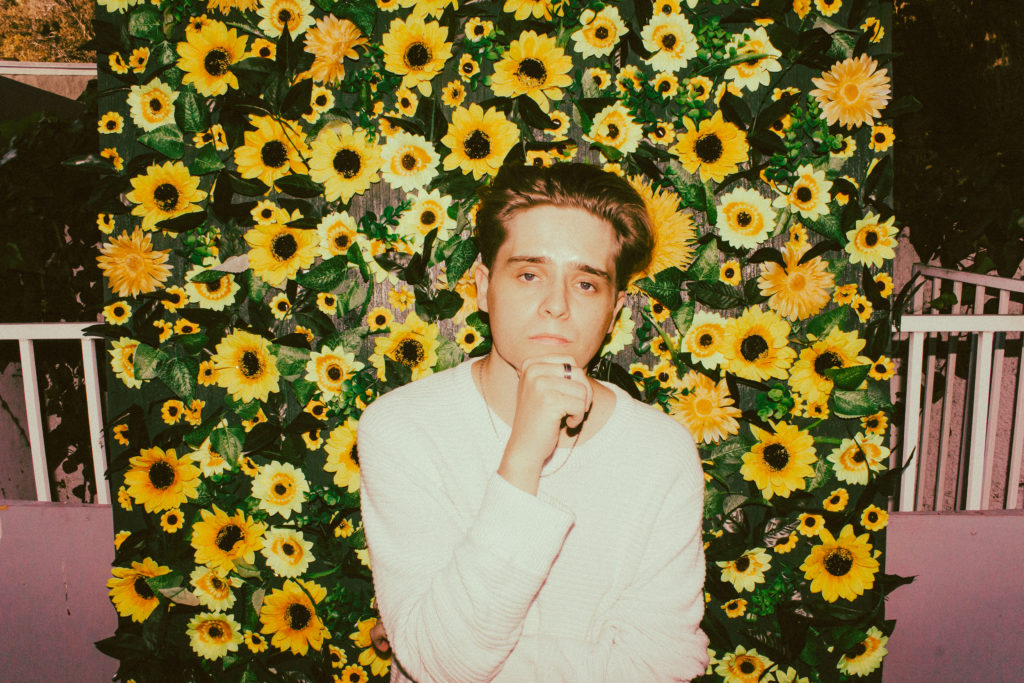 “I’m most excited for listeners to hear ‘10ft Tall’. I love the upbeat groove and happiness of it. I wouldn’t say I’m nervous about it, but ‘Late Bloomer’ is definitely a step into new territory for me,” he says. He shares, “The song is driven by some live trumpet parts that I had a friend play on the song, and I’m super curious what listeners will think of that. I’ve never had any kind of horns on any song I’ve released previously.”

‘Late Bloomer’ is the second to last song on the EP, the last being a stripped-down live version of third track ‘Hurt U’. The song’s soft percussion paired with its background trumpets and Devin’s relaxed vocals are the cherry on top of a summer EP sundae.

The title SunDayDreams couldn’t embrace this idea more perfectly. He shares how the name is taken from two thought processes. “The name comes from a combination of the songs feeling very dreamy, and the use of the word Sunday on the song ‘Sundress,’” Devin says.

When one hears the soft pop aspects of the EP, or the attention-grabbing piano and guitar notes that stand out in listeners ears between lyrics, it is reminiscent of artists Devin is a fan of. They all helped form the sound of the EP.

“There will always be a trace of John Mayer in a lot of what I do,” he explains. “But I’m excited because this project incorporates a lot of artists that I’ve found in the last five or so years, like Jon Bellion, Joji, Rex Orange County, and more.”

A successful singer, songwriter, and producer in his own right, Devin’s musical credits include working with Ben Platt, Ryan Tedder, and Jake Miller. “I honestly just feel lucky to make music with everyone I work with. I think the biggest takeaway from some of the bigger projects I’ve worked on is that great music is made up of a lot of small, one-second decisions that build on each other to make something great,” he says. “It’s really about staying focused on your vision for the song and doing your best to take what you hear in your head and making it real.”

Having worked on music for himself and for others, Devin cites the biggest difference as coming down to respecting and working towards the artists’ vision. “As an artist, it’s easy enough for me to guide the writing of a song towards what I want it to be. But when I’m working on music for someone else, it’s important to remember that while my opinion and ideas are important for the quality of a song, the artists’ vision always comes first,” he explains.

The EP has allowed him to showcase his growth as an artist, explore new sounds, and really let listeners know who he is musically. “I love all these songs so much,” he says.

Picking a favorite off of the album seems to be easy work for Devin. He decides on ‘Hurt U’ or ‘Sundress’ as his usual choices, but then confesses he’s leaning more towards the latter. “I feel [‘Sundress’] represents my music very well with its concept, songwriting, and production.”

However, his favorite lyric on SunDayDreams comes from ‘Hurt U’. “‘I think I met you before I met myself.’ – I’ve never heard anyone describe falling in love like that before and when I wrote it, it felt perfect and real to me.” 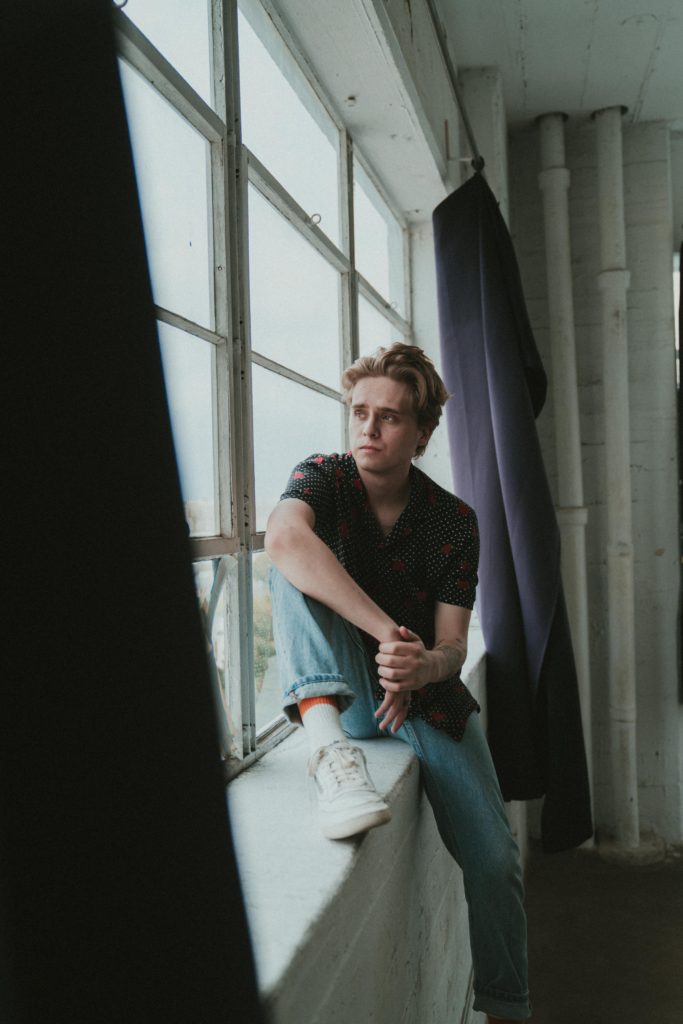 Over the past year, Devin, like much of the world, suddenly had to adjust to creating new music under completely different circumstances. He recalls, “It was definitely an adjustment at the beginning of lockdown, but I was very lucky to be able to stay busy through the whole year. I was pretty consistent with writing and producing over Zoom, and I’m very lucky to be able to record my own vocals, mix/master songs, or anything else at home. I did miss the magic of being in the room with great musicians and writers, but technology is amazing, so it definitely could have been worse.”

Being in lockdown and unable to go to the studio with other musicians didn’t hinder his songwriting grove too much. “99% of the time I’m writing in my studio at home,” Devin says. For that other 1%, he says it is nice to get a change of scenery. “Sometimes I’ll go to the beach or a park and write there.”

Ideally, he’ll be inspired when he puts his pen to paper to actually write his songs. He says this is the best time for inspiration to strike. There are moments though when he’ll get a good idea but he’ll be cooking or in the shower. “Every time I always have to step away and record my idea into the voice notes app on my phone,” he says of what he does in these situations. “It’s funny because you can always hear the shower in the background.”

These are all the little moments that Devin’s career is founded on. Every idea, note, and lyric have helped to shape him into the star he is today. As he continues to grow and develop as a songwriter and an artist, he has many goals in mind. There is one, however, that stands out to him.

“I think it would really feel full circle to play the Forum in Los Angeles,” Devin shares. “I grew up seeing so many shows there, so that would be a bucket list moment for me.”

Asked by TEENPLICITY to finish the sentence In five years, I’ll…, Devin’s answer perfectly showcases the artist he is as he says, “…be as creative and excited about music as I am today.”

TEENPLICITY asked Devin Kennedy to make a playlist of his favorite songs! You can listen below!

SunDayDreams is available is stream or buy now!