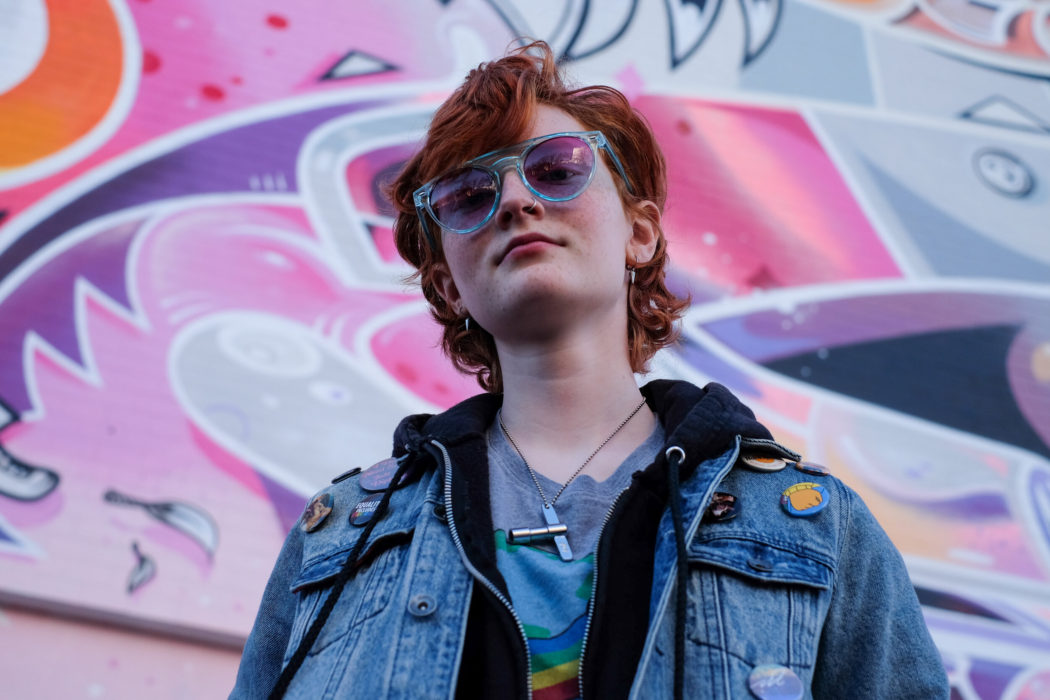 The saying typically goes, “The kids are alright.” But it’s pretty debatable. Like everyone regardless of age, the “kids” are doing their absolute best, but that doesn’t need they don’t need a check-in every once in a while to make sure they’re doing okay. If anything, the music we’re seeing Gen Z put out is a strong example of that; that they’re able to hold their own, but that the growing pains the previous generations have experienced at their ages are still very much present and as the world changes, comes new growing pains.

Based in San José, California, AP Tobler is often referred to with the title “grunge poet,” although they’ve also mentioned in a previous interview with Authority Magazine, that it’s important to them that they’re not wedged into a particular mold. At sixteen, they’ve been working to make a name for themself in the music industry, honing their craft and playing alongside Street Drum Corps and the upcoming band Raue as a drummer.

“Drums were my first love and will always have a special place in my heart. I love playing other instruments, but they don’t give me the same feeling that drumming does,” AP says. “There’s a certain warmth and clarity that comes with playing the drums.” 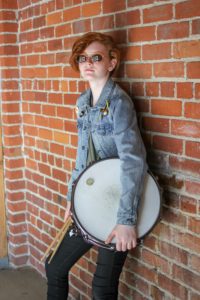 Having a musical foundation built off of jazz drums, AP says, greatly improved their writing and playing ability. “It’s taught me to be a lot more consistent in my playing and to be conscious of the necessary tension and release in a good song.” It’s no secret that jazz is one of the dominant influences of rock music, although through the years it’s discussed less and less. The use of rhythm and focus on instruments that were defined by the likes of Tony Williams and Miles Davis not only created a subgenre of its own with jazz fusion but proved itself to be a blueprint for what would eventually become rock n roll and its reinventions.

I want people to hear my music and be hit with the raw emotion and honesty.

“I want people to hear my music and be hit with the raw emotion and honesty,” they say. AP only decided to take up drums when their mom told them that they couldn’t hit people as hard as they wanted to when they were training in karate. “I’d like for folks to hear my words and feel what I felt while crafting the songs. I hope that people who’ve gone through similar experiences and have like-minded thoughts can find my music as something to relate to.”

In previous interviews, AP has described themself as a generally happy person whose music centers a lot on regret and fear. “Being vulnerable is pretty terrifying sometimes,” they say noting that their anxiety and depression are both shown in their music. The goal isn’t to glorify or romanticize those experiences, though. They look at music the way a lot of artists do: as an outlet. “I write in an attempt to take these haunting thoughts out of myself and hopefully turn them into something beautiful and meaningful. It’s therapeutic to take those emotions outside of myself and put them into a bottle in the form of a song,” AP explains.

At nine, the first band AP ever fell in love with was Nirvana. As one of the most referenced bands when discussing the grunge sound, Nirvana went from underground to mainstream by making music by and for young people who felt like outsiders that were constantly overlooked. Grunge as a genre explored those feelings of social isolation along with the desire to be free and often times their own experiences with abuse and trauma. It was one of the many counter calls to some of the shininess that 90s pop culture attempted to sell. “Their music continues to inspire and influence my songwriting, as do a few other grunge bands. I also really like metalcore and more popular music like Panic! At the Disco. These inspire me to add unusual features in grunge music like breakdowns and I also focus on the hooks that are essential to more popular music,” they explain about wanting to bring the grunge era into 2021.

It’s therapeutic to take those emotions outside of myself and put them into a bottle in the form of a song.

“It’s super exciting but can also be a bit intimidating. There’s so much to learn and you really need to be self-sufficient these days,” AP follows up about getting to be a young artist making music for young people outside of what adults assume young people want to hear. “I adore the experience, though. It’s fun to feel like you’re paving a new and creative way for yourself and others.”

It helps to pave a way for them both creatively but mentally as well. They share that writing and releasing music has been extremely beneficial to their mental health. “Just to take those emotions out of my head and make art of them is therapeutic. I really hope that folks with similar struggles can hear my music and feel less isolated,” they say. 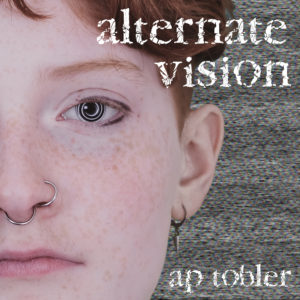 Recently, AP released their first EP, Alternate Vision. Kicking off the five-track EP is the leading single, “Eye for An Eye.” It’s a song about a former friend who was manipulative and damaging to their mental health. “It took me a while to realize how unhealthy the relationship was and I experienced quite a bit of hurt and frustration before things ended,” they explain. They take this a step further in the music video. “The music video is based on the concept of bottling your anger until it just spills out,” they explain the concept. Taking on the archetype of an “artificially” happy housewife, their true emotions and anger find themselves boiling over as they bake a cake.

The song was written after having an argument with an ex-friend. “We were fighting because they had said some extremely hurtful things and wouldn’t back down when asked to stop. I was really angry and started with the line, ‘you’re so intrusive and vain,'” they recall the story behind the song. Inspiration for music, according to AP, strikes quickly for them in moments like that. “After writing that, I noodled with my guitar until the chord progression came to me. I put the lyrics over the chords and it just came together. It was really fluid and seamless to write this song, as I needed to let those emotions out.”

I had a strong feeling of non-belonging and like no one fully saw me as I was, creating an alternate vision of reality.

“‘Eye for An Eye’ is one of my favorite songs I’ve written. It’s intended to be blistering and raw, as well as really fun to play. It’s a strong introduction to the EP because sets the stage for four more emotional and heavy tunes,” AP says. Alternate Vision as a title came from a moment in time when AP was feeling what they describe as a particular disconnect from reality. “I had a strong feeling of non-belonging and like no one fully saw me as I was, creating an alternate vision of reality,” they say. The EP is honest and vulnerable and notably angry.

Their latest single, “Solemn Farewell” follows “Eye for an Eye”  on the EP as well. It carries a similar dissatisfaction this time focusing on their own fears and frustration with themself with both lyrics and an instrumental that packs a punch in different ways. The lyric, “I was never here to begin with,” especially stands out to AP. “This line is about the disconnect I often feel from reality and existence,” they say.

Alternate Vision is what it means for AP to put all of themself into their work. As the only composer and instrumentalist, AP constructed this reality they were feeling with four original songs and a cover. “The EP starts with the heaviest, most aggressive track and ends in a very different place. The songs are particularly ordered to take the listener on that journey.”

You can stay up to date on all things AP Tobler by following their Twitter and Instagram accounts.

Alternate Vision is out now wherever you stream music.