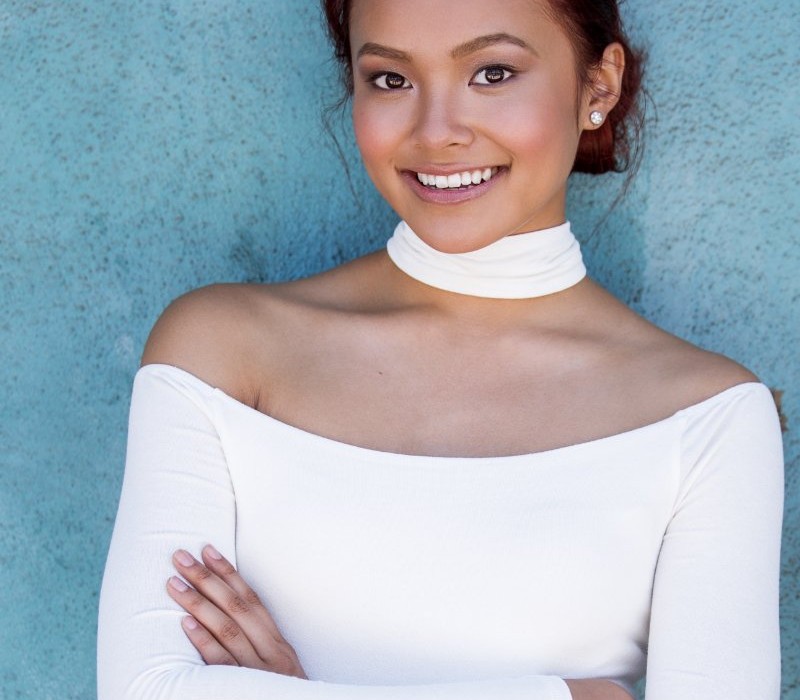 Friday marks the return of Netflix’s Emmy-nominated children’s series, Project Mc2. The show follows four girls who, while they hold vastly different interests, are able to come together and use their confidence and brilliance in the multiple areas of STEAM (Science, Technology, Engineering, Arts, and Mathematics) to join a super-secret spy organization and save the world.

Ysa describes Cam as very smart but admits with a smile, “She doesn’t have the best communication skills, mainly because she is thinking of what build next.” Referred to as the ‘MacGyver’ of the group, Cam uses her knowledge to help her friends no matter the situation they are in. “She is very protective of her friends,” Ysa says. She exclaims, “If her friends are in danger, she will always find a way to save them!”

The dedication and affection that her character holds for her friends is something that Ysa relates to greatly.

“Both Cam and I really care about our friends,” the young actress says. The similarities also extend towards their fascination with various fields of STEAM. “We both love to break things down to understand how it works!”

Ysa goes on to say that of the four girls, she is most like her character. “Some of the things that Cam says or does, I do the same thing in real life! I really see myself in my character Cam.”

On top of her brilliance and her creative mind, Ysa loves how her character is so sweet and kind. Oh, and that she’s a spy too.

“Who knows if you’re ever going to get the opportunity to be a spy!” she says with a laugh as she talks about the perks of playing Cam.

The very first glimpse fans receive of Cam is her elaborate, yet inventive and entertaining way to wake up. From marbles rolling through tubes on the wall to a domino effect of books, it’s reminiscent of a project from the PBS series “Zoom”. Throughout the three-episode first season, fans also watch as Cam creates a listening device and improves a police scanner with ease that inspires many viewers to strive to learn that kind of skill.

Playing a character with an incredible mind, Teenplicity had to ask what Ysa would invent if she could.

Simply, and extremely useful, the California native declares that she would invent a hair tool that could do a fancy hairdo in under ten minutes.

“When it comes to hair, I usually throw it in a messy bun and I am done! Some days, I want to do a really pretty, braided, boho-chic hairstyle that you see on Pinterest but I can’t do it because it is super complicated. A hair tool that can do this would be a lifesaver!”

With season two right around the corner, fans are waiting in anticipation to see what kind of missions their four favorite girls might be sent on next.

“I would love to see the girls be pushed out of their comfort zones and deal with a mission so big, it will have to take more than their brilliant skills to solve the case!” Ysa hopes for with the upcoming two seasons. While much hasn’t been said for season two ahead of its Friday release, Teenplicity did get the star to spill what kind of mission she would write for the show.

“If I wrote a mission for the girls, their assignment would be to travel to somewhere,” she explains. “Like Japan,” is one of her suggestions for a destination, specifically Tokyo, “and to stop a certain device from destroying an event. I think it would be cool to see the girls go out of town for a mission!”

As talked about in Teenplicity’s interview with Ysa’s costar Genneya Walton, Project Mc2 has a unique grounding for a show aimed towards young girls. Not only does it promote four girls in the various fields of STEAM, but it also eliminates the idea that girls see others as competition/threats, or that certain fields are only obtainable for boys. All four girls come together and mend a friendship over their differences while becoming spies. Saving the world after school is going to become just another normal day for them.

For Ysa, her appreciation and love for the show extends beyond the screen.

“My favorite part of the show is not only the great message behind it, but working with the cast and crew!” she exclaims. “The girls and the crew are all super sweet and I always have a fun time on set – there is never a dull moment!”

The young actress hopes that the great message of the show resounds with its fans. “I hope the fans will get inspired to pursue their dreams and know that they can do anything that their heart desires.”

It’s safe to say that between that and the fantastic fan response beyond the show, through the dolls and playsets available online and at Barnes & Noble stores, helped secure its second and third season renewal back in April.

To the dedicated fans of the show and herself, Ysa says, “Thank you so, so much for all of your support! It really means a lot to me, you guys rock!”

Outside of Project Mc2, Ysa can also be seen in the film “Gibby”. The movie follows Katie, played by Shelby Lyon, who cannot escape her depression after the loss of her mother. Ysa plays Alicia in the film, the antagonist who has bad blood with Katie.

“She will do anything to make sure she gets what she wants,” she says of her character, who is determined to get captain of the gymnastics team again.

When she’s not performing in front of the camera, Ysa loves to dance. Having both of her major interests include the heavy weight of others’ judgement, it’s easy for Ysa to be the person who is hardest on herself.

“One thing I’ve learned over the past year is that I’m really hard on myself and that I need to not be so critical on who I am as a person,” she says of what this year has taught her.

Over the course of this year, Ysa also faced the difficulty of balancing everything that was on her plate.

“At one point, all of the things that I was doing were very overwhelming. It was the first time I was super stressed and didn’t know what to do. To overcome this, I had to step back and take a breather. I needed to stop and just relax and get back to my calm state of mind.”

Project Mc2 returns to Netflix on Friday, August 12th with the premiere of its second season!

No one is ever truly ready to say goodbye to the flowers when the weather gets colder. It’s the loss of something beautiful; beautiful…