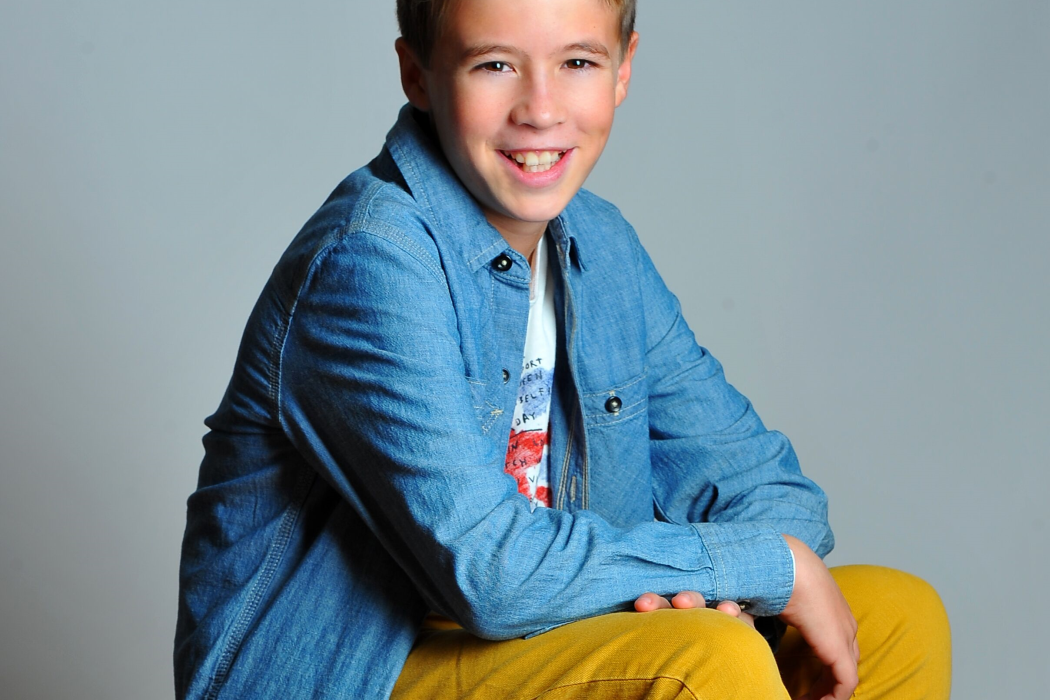 When TBS officially premieres its new comedy show on Monday, April 11th, fans will get to see a series that is essentially a mix of ‘The Hangover’ and a classic Griswold family vacation.

Nate [Jason Jones] surprises his family while on the way to the airport for their long awaited Florida vacation with the idea of driving down to the Sunshine State instead. As told through flashbacks which consist of explaining the sudden desire to drive 17 plus hours and flash-forwards to an FBI Interrogation room, it’s quick to see Nate’s intentions were less than honorable.

What can go wrong on their trip to Florida varies on the extremes, from children Delilah [Ashley Gerasimovich] and Jared [Liam Carroll] writing signs they were kidnapped and causing truckers to intervene (which ends with Nate getting splashed with a liquid that will make you cringe), to strippers and arrests. “The Detour” leaves no stone unturned and allows for the comedy to start strong straight out of the gate with the pilot, which is available to watch now on the TBS website.

Liam describes the series as a family vacation turned complete disaster. “Along the way, almost anything that could go wrong goes wrong. There was a lot of creativity but also it is very relatable to the every day family.” In three words, he summarizes it to “A… Jaw-dropping mess.” 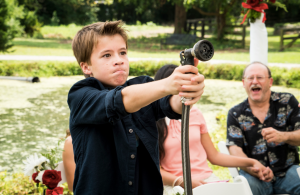 His character Jared is a goofy 11-year-old son of an even goofier father. “This part allowed me to be a ‘slightly’ sillier version of myself,” Liam says. He relates to his character in that they sees things the same way. He says, “He is funny but really doesn’t try to be. He makes you laugh but he doesn’t know why.”

For fans who have already seen the pilot, they have already witnessed Liam’s favorite scene which happens at the “Banana Creamery”.  He says in reference to the scene, “Does anyone have the number for Child Services?”

Thankfully Liam’s family vacations were never quite as eventful as his character’s. “Some of the things that happen on the show are a bit outrageous but most things are very relatable,” he admits. “The disasters on my family trips weren’t as extreme as on the show but I did throw up in my sister once, so that was cool.”

He did, however, confess a few mishaps on his family vacations.

“Let’s see…” he starts. “I got lost in the Golden State Park in SF, I got bitten by a deer tick in MN where I got Lyme disease, our car got stuck in the mud in Ireland… I can go on!”

The second season will allow Liam to relive his favorite parts of filming the first, which meant being with all the actors, directors, and producers which he found very cool. “It was my first major role and getting to see how hard they work and how talented they are was great,” he says.

Besides continuing on “The Detour”, Liam is hoping to continue being a regular teenager. He plans to graduate middle school, though he admits that science is not his strong point. He explains, “Science is getting in the way of a perfect report card. When I say perfect, I mean passing.” He’s also excited to promote the series. “I am prepared to get busier when the show comes out so I look forward to that.”

To fans and viewers, Liam tells them, “Get in, sit down and buckle up.” He continues by saying, “This year is going to be crazy! I can’t wait to share the great time I had making this show with my fans!”