The actress behind Raven Reyes reflects on season four of “The 100” and explores what to expect for season five.

When “The 100” returns to the CW next Tuesday, fans will find themselves tuning in moments after the nail-biting season four finale. Six years after the second apocalypse – called Praimfaya – blasted through Earth, characters are still separated in unreachable places with a new enemy looming overhead.

Lindsey Morgan portrays fan-favorite character Raven Reyes, the youngest Zero-G mechanic in over fifty years and the brains behind the operations that continually save her friends’ lives. Stepping into more of a leadership role in season four, Raven struggled against her physical pain and mental trauma to secure new ways for civilization to survive Praimfaya when all else seemed to fail.

“Raven has evolved so much over the seasons and I try to bring her history and experiences with the ‘new’ her every season,” Lindsey says of how her approach to portraying Raven has changed since her first appearance. “I will watch past seasons and read past scripts to refresh myself and then write a diary entry, as if I am her.” Where season two explored Raven dealing with her new physical disability, season four dealt with the aftermath of having A.L.I.E. in her head. “I used to depend on my body a lot to move like her, but now I am more focused on thinking like her first,” she explains.

Season four in particular brought out Raven’s deeper insecurities with her own mental capabilities – something she has long prided herself for. “I think Raven’s vulnerable side is my favorite part of her to play and also the most challenging at times.” Lindsey cites the reasoning for this as the fact you never know how Raven is going to express that vulnerability. Going into season five, it is ushered into the spotlight. “You will definitely see Raven dealing with her choices and her insecurities that were explored in season four.” She teases, “They definitely come back.”

Part of this can be credited to the action of leaving Clarke [Eliza Taylor, Thumper, “Neighbours”] behind as the apocalypse came bearing down their door. According to Lindsey, Raven was a mixed bag of emotions as the rocket left for space without one half of their leadership onboard.

“The main [emotions are] her sadness and fear of leaving Clarke behind on Earth,” expresses the talented actress. “Leaving her pretty much means they sentenced her to death and that weighs on Raven’s heart, but she still has to ensure everyone gets to the Ring safely.” Going through her character’s mind as the events unfolded, she continued, “So, despite wanting to break down, she must soldier on and not let Clarke’s death be in vain. There’s adrenaline pumping through her. She’s praying they can pull this off and that they have a chance to survive in space.”

The trailer for the fifth season answers the question as to whether or not the space crew survived but, at what cost? And what has caused them to overstay their time on the Ring?

While fans will have to wait until the season premiere for an answer, Lindsey explores the decision the writers had to leap six years into the future.

“The ability to start completely fresh while having history happen off-screen and in the past, that we now get to play in the present,” she says of the most exciting aspect of the time jump. “It’s very exciting; new character and relationship development for everyone.”

To be in a confined space with only six others offers for new dynamics to form, something that Lindsey was itching for. “I’d love to see her interact with all the girls more – Emori [Luisa d’Oliveira, “Channel Zero”, “Motive”], Echo [Tasya Teles, “Rogue”, Damaged] and Harper [Chelsey Reist, Dark Harvest, Wedding Planner Mystery].” She points out Echo and Emori especially, as Raven has always had such little interaction with Grounders.

“I always want to see Raven interact with more Grounders because she has this gift of science and technology that they’ve never really had, [outside of] Becca,” continues Lindsey. She even thinks back on the possibilities of other Grounder relationships that could have been. “I think that would be a fun dynamic, Raven giving Anya’s camps electricity or something!”

However, the already existing relationship between Raven and Bellamy has caught the eye of viewers to see where they stand when the show picks up again. Lindsey avoids saying the relationship has developed into anything romantic and instead focuses on how their new roles within the group affect how they see each other.

“I always felt Raven was the brains, or the hands, or both!” says the actress when comparing her character to Bellamy’s [Bob Morley, “Home and Away”, Road Kill] “Heart” title and Clarke’s “Head” title. “She has felt like Bellamy’s intel, and I think she really steps up to become his #2. They have to band together to survive and depend on each other, especially since they no longer have Clarke, whom they both relied on.”

Another existing dynamic that interests viewers is the tumultuous relationship between Raven and Murphy [Richard Harmon, “Continuum”, “Bates Motel”]. Enemies from the start, the seemingly final wedge against any potential for a friendship occurred when Murphy shot the bullet that hit Raven’s spine, ultimately causing the disability in her leg and chronic pain to accompany it. Season four saw the mending of that burned bridge as Murphy not only helped save Raven’s life twice but also apologized for his actions.

“I really liked it,” Lindsey says of this relationship gaining more attention. “Richard Harmon is one of my favorite people to work with. We find a groove together pretty instantly and he always adds something really fun and creative in scenes.” She also likes the new side that was brought out with her character because of the actions and conversations between the two in season four. “I like that Raven found forgiveness and peace with Murphy because she can be pretty strict on right and wrong, but she was able to let Murphy in and I loved that evolution.”

Six years in space seems to have strengthened that as the trailer not only shows Raven yelling out seemingly against Murphy getting beaten up but also in that the two are shown running down a hallway together – something Raven couldn’t do when trying to escape drones on Becca’s island.

“Six years have gone by and though there is obviously gravity on board in the ship, time has helped heal and alleviate the pain she felt,” comments Lindsey about how space has affected her character physically. 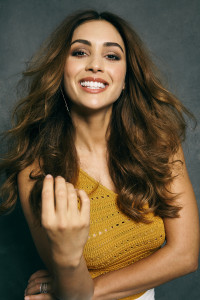 While many of the new dynamics being explored are between already existing characters, one that fans love to theorize about is between Raven and newcomer Zeke [Jordan Bolger, “Peaky Blinders”, “Into the Badlands”], a member of the mining colony that has returned to Earth. Fans anticipate Zeke to be a new love interest for Raven but Lindsey is keeping her lips sealed. Describing their relationship, she simply teases, “A moth to a flame.”

A blossoming romance between the two is one of the theories that fans have poured over since the season four finale.

“I haven’t heard too many theories, except for one about Raven, actually.” Lindsey doesn’t spill which theory in particular but does say, “What the fans don’t know is they have a key component absolutely wrong, but I can’t tell you any more!”

Creating her own theory, Lindsey ponders on what storyline she’d want Raven to have and how her character would react. “I would love to see a storyline of Raven as a full-blown leader, where she has to make public speeches and things like that,” Lindsey says. “I think it would be funny for her to have a secret fear of public speaking and then being put into the role.” Although previous seasons gave a glimpse into Raven’s leadership qualities, the actresses reminds everyone, “We haven’t fully seen her lead yet,” adding to a level of fun behind her wishful storyline.

Public speaking as weakness would be much easier to battle than what Lindsey sees Raven fight within herself. “Sometimes she can be blinded by her stubbornness and she definitely beats herself up too much to the point it can be detrimental,” confesses the actress.

Where Raven wouldn’t be able to deal with losing her mind inspite of the heavy standards she puts on herself, Lindsey feels differently in her personal life.

“I wouldn’t be able to stand losing my soul,” she reveals. “Anytime I feel disconnected from my center or my core, I am unhappy. If I can’t believe in it, I can’t live it.”

One environment that would cause Lindsey to lose her mind would be where she is forced into space for six years with a small group of people. “I need outside and nature and fresh air and grass!” she exclaims. “I can probably deal with the people, if we were allowed books or scrabble.” However, it is an environment that her character would love, if circumstances were different.

“I think Raven will always prefer space; not necessarily the Ark or being on board a ship, but being in actual space, spacewalking,” explains Lindsey. While she believes Raven would miss Earth’s elements like rain and snow, being in space holds different offers for her life than Earth does. “Especially with her leg, the idea of being weightless and having the freedom to move appeals to her.” 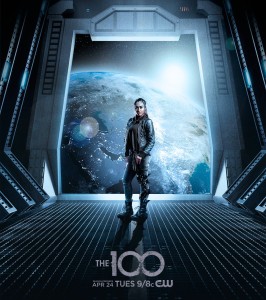 Nadia Vaeh Lifts the Veil Behind Her Music

Initially I felt completely creatively void. I could not even sit down long enough to write a song,” singer Nadia Vaeh confesses when asked…