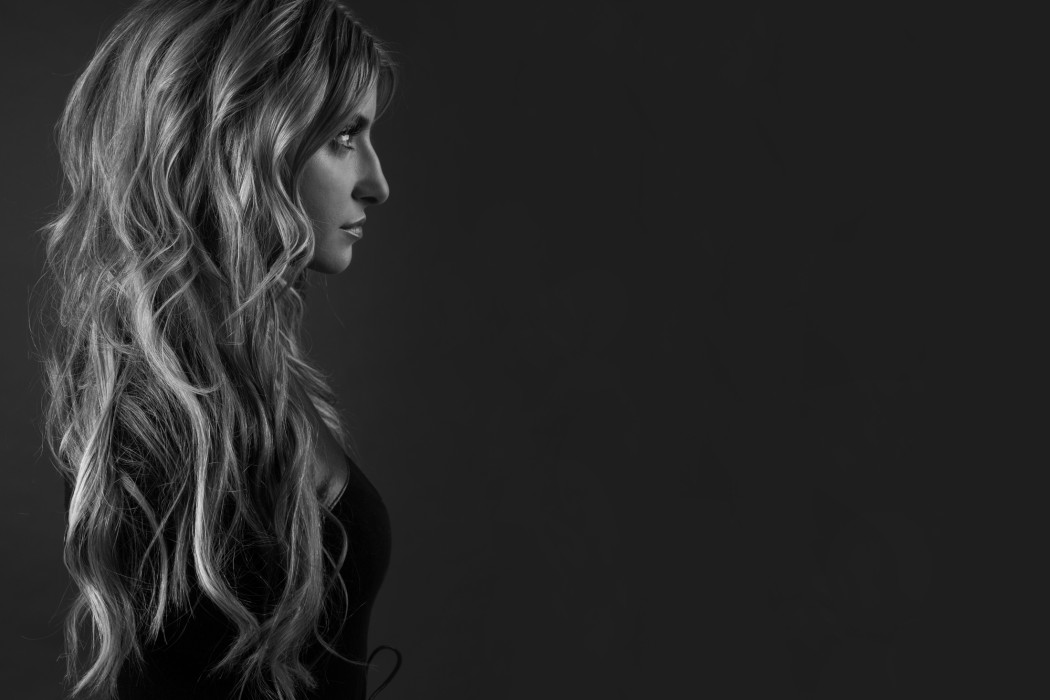 Just a year after the release of her last single, April Kry returns with a tug on everyone’s heartstrings. Unafraid to face the deepest and most vulnerable parts of a person, the singer asserts herself in more ways than just as a rising star.

Having grown up singing in Church, April exclaims that her gospel roots will never die. She takes that into account as her music grows alongside her and fans will be able to see hints of that in her new song, “Perfectly Imperfect.”

“It’s more mature and soulful,” she says of her new music. The singer reveals that over the past year, she has been writing “a TON!!!” She credits a great group of co-writers that she feels lucky enough to work with and is on the hunt for the right producer to take on those songs.

The first of her songs, “Perfectly Imperfect”, preaches the fact of life that is the song title. It journeys through, not only her own flaws and fears, but also many that fans will be able to relate to. Laying her vulnerabilities on the line with each pre-chorus, April expresses that she’s insecure and even her own worst enemy.

April’s heart pours through every line of the song as she opens herself up to listeners. Her deep vocals maintain the fragility the song requires but also holds the power and confidence of someone who is fine being ‘perfectly imperfect’.

“I’ve actually been a perfectionist my whole life,” confesses April. “It’s a daily struggle for me not to tear myself down over the smallest of mistakes. Over the years it’s gotten better, but I wanted to tell that story because I think so many people struggle with the same demons,” she says of the inspiration behind the single. 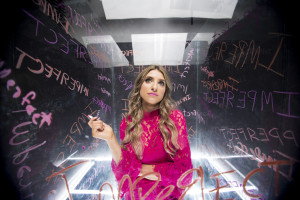 “I also noticed some of my younger, female followers would comment on my posts with stuff like, ‘OMG you’re so perfect. I wish I looked like you,’ and it honestly broke my heart to think that they didn’t realize how wonderful and perfectly IMperfect they actually are.” Calling her fans sweet and mentioning how much they mean to her, the singer says that she wants to be a role model for them.

With those thoughts in her mind and pulling at her heart, she headed into the studio with her friend Blair Daly and wrote “Perfectly Imperfect”.

“I want this song to ignite feelings of hope and confidence in the hearts of those who listen,” says April of the story she hopes to tell. “This song tells the story of vulnerability, but it also depicts rising above the noise and not being a product of what society thinks you should be. Being comfortable in your own skin.”

Fighting the labels and expectations society puts on oneself is something that April has already had to fight against. Revealing some of what she’s had to deal with in the song – More than just a face, a picture on a page. I smile and sing, but my battles rage – the singer says, “So many people underestimate me. Sometimes because I’m a female in a male dominated industry, sometimes it’s because I’m 4’11. I’m used to it, but I refuse to accept the labels they put on me. I refuse to be anything but myself.”

Finding that confidence to refuse to conform to anyone’s expectations or standards but your own takes courage, which she didn’t always have.

“I used to be really insecure about my nose because it’s very European looking and I was always taught that the cute button nose is the most desirable by society,” April confesses. “I got made fun of and told it was too big by a lot of people.” She’s been able to listen to her own voice instead, finding comfort and acceptance within herself. “I purposely decided to do a profile shot for the single cover because of that. I’m proud of my features and my Italian heritage. I wouldn’t change it for the world.”

April hopes that her fans find that acceptance and voice within themselves too. She advises to stop listening to everyone else. “If we all looked and acted like what society says, the world would be a very boring place. You are perfect in your imperfections.”

The singer-songwriter goes on to say, “I think everyone has things about themselves they wish they could change, whether it be physical or personality.” While she struggled personally with her nose and what was expected of her, she found it hard to express her feelings in the song at first. “I really tried to pour my heart out on the page for this one, because it’s something I deal with daily.”

Another way that April has stopped letting these vulnerabilities take over and come to accept herself is to not take herself so seriously and recognize that she can make mistakes sometimes. 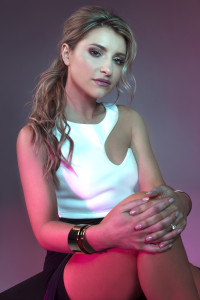 “I think sometimes it takes having a team of people around you that accept and get your crazy,” she says. “That’s what it took for me to really let loose and be the awkward, super passionate girl that I am!”

“Perfectly Imperfect” gives April to freedom to be honest with herself and her fans. It allows her to reach this comfort level within and extends that capability for her fans to do the same. The song has been in the works for a while, according to the singer, and she had been very eager to hear what listeners thought.

“My last single ‘While We’re Young’ is very different sonically, and lyrically, than ‘Perfectly Imperfect’,” she explains, going further to say that she was curious as to what the reaction would be.

There has been a positive outpouring of support following the single. Fans have called it their new obsession while others have expressed what the song means to them. When Teenplicity last spoke with April, she said that she hoped her music could touch her fans. “Perfectly Imperfect” is doing just that, causing tears and a swelling of pride from her dedicated following.

Using moments from her own life as inspiration for her music, April explains, “This next batch of songs is going to be my life for the past few years. I always pull from experiences, and a big milestone for me in this past year was getting engaged and finally finding my voice.” While she can’t quite spill on what to else to expect with her music, she does tease, “I will occasionally play some new stuff out at writers rounds around Nashville to get some local feedback!!”

Until they hear her new music, fans can expect to see April working more with her Radio Disney family on “some exciting new ventures”! Having just spent a weekend in Florida at the Roscolusa Songwriters Festival among the likes of Lynyrd Skynyrd, Jeff Steele, Savannah Keyes and Maggie Rose, she enthuses it was a blast. Fans have more to look forward to as 2018 blasts into the summer.

“A really amazing music video and more live shows!!” she exclaims as a tease of what’s to come.

“Perfectly Imperfect” is available for purchase on iTunes and streaming on Spotify now! 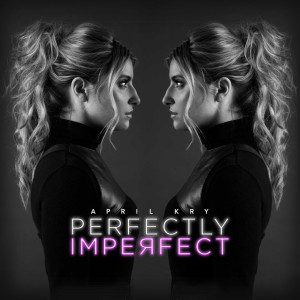 How Lee Mazin Proves ‘She Got It’

Despite being stuck in rush hour New York traffic, recording artist Taliyah “Lee Mazin” Smith called me ready to discuss any questions I had for…