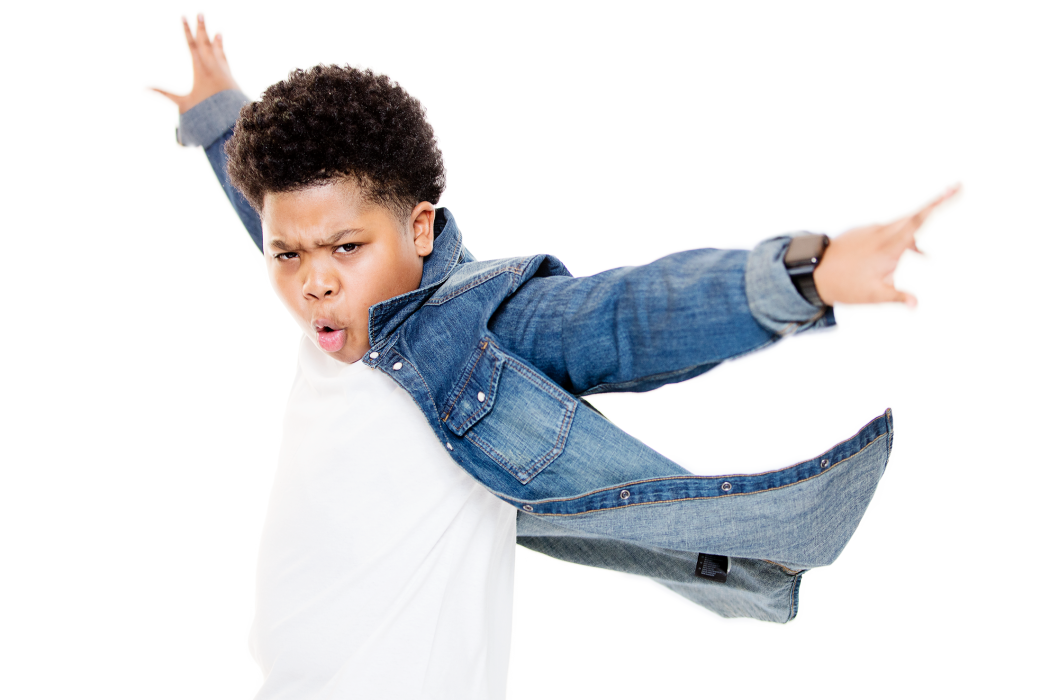 Known by his stage name, Lil P-Nut, Benjamin Flores Jr. may be young but he’s far from being a newcomer in the industry. He got his start after getting interviewed at the Memphis Hip Hop Weekend & Expo in 2010 which would lead to him earning a guest spot on Ellen, twice.

Since then, Benjamin has released his own music while also appearing in Yo Gotti’s music video for “Look in the Mirror,” The Arsenio Show, and Ice Cube and Kevin Hart’s, Ride Along. However, he might be more notably known for his voice over work in Happy Feet 2 as Atticus and for his role in the Nickelodeon show The Haunted Hathaways.

Now, he can be seen on another Nickelodeon show, Game Shakers, in the role of Triple G, and coming soon,  in Transformers: The Last Knight and as the new voice of Gerald in the highly anticipated 2017 Hey Arnold: Jungle Movie.

Talking with Benjamin, we talk about what it’s like getting to work on Game Shakers, what the new season holds, his interest in music, and Hey Arnold. 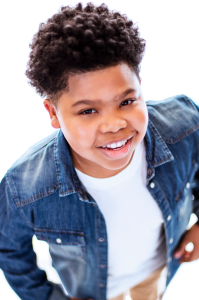 “It has been such an honor to work with two amazing legends like Dan Schnieder and Kel [Mitchell],” Benjamin shares. With Kenan & Kel  being his favorite Nickelodeon show, getting to work with the creator and one of the stars of the classic sitcom has been like a dream come true. “It’s so amazing to work with them because Kel has an awesome style of physical comedy and Mr. Dan always brings the jokes.”

Season 2 of Game Shakers recently started last month. “Well, Triple G is still the same kid in season two but he has gotten into a lot of relationship situations,” he describes of Triple G’s arc this season. “But, he has definitely gotten more mature so has every other character.”

Talking more about his character, Benjamin mentioned what he loved about getting to play him, “Well, it’s pretty easy to play the role of triple G. I mean, we’re pretty much the same: we both have swag, we are both funny, and we both love hanging out with our friends. So playing the character is really not that hard because Triple G is pretty much me. And it makes him so fun to play because we’re pretty much the same person so it’s not hard to get into character.”

“If I could play any other character on Game Shakers, I would want to play Hudson,” Benjamin answers. “Because I just want to know what goes on his mind and what Hudson does on a regular day.”

Part of the joy of Game Shakers, Benjamin says, has to do with the effort the cast and crew put into the show to make it entertaining, “My favorite aspect of the show is no matter what we’re doing we always make it fun for the viewers.” He adds that he appreciates what the writers give him and the other actors to work with, “Also all of the comedy and hilarious things we get to do while filming the jokes, the punchlines, and the adventures we go on.”

As for what he hopes that the viewers of the show walk away with? “I would hope viewers of Game Shakers walk away knowing that the show was a family show and that they could easily relate to it.” Benjamin also hopes that they can inspire their young viewers while making them laugh, “Even though you’re a kid you can be anything you want to be like Babe (Cree Cicchino) and Kenzie (Madisyn Shipman), who are cold, is on the show. That’s pretty awesome that young kids get to see that and look up to people were doing something awesome in the world.”

While Benjamin couldn’t share too much with me, when I asked him if there was a specific episode that he’s excited for viewers to see, he teased, “I can’t tell you the exact title of the episode but, it’s about Triple G and Babe and I think the viewers will be on the edge of their seats while watching it.” 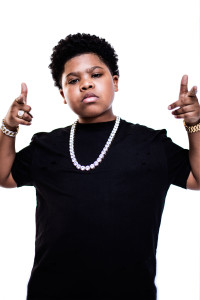 “I got into rapping when I was four years old,” He explains about how he got into his other passion. “My dad taught me how to do math by rapping which I caught onto. So, from there on out every time I would go out I would always rap about what I would see and my name got popular so people told my dad to put me in talent shows and that’s what he did.”

His favorite rapper is Drake, who he’d also want to guest star on Game Shakers, “…it will be pretty fun having him on the show, I would want him to make a song with my dad, Double G (Kel Mitchell).” Adding that his favorite songs by him are “Hotline Bling” and “Grammy” featuring Future.

Next, Benjamin is voicing Gerald, the best friend of the main character Arnold, in the revival movie of Hey Arnold. “Well, I auditioned for the role of Gerald on the new Hey Arnold movie from Nickelodeon at Nick Studios basically,” He explained how he got the role.”I just went in and they loved me I also studied really hard and I sounded similar so stay tuned.”

“There’s definitely pressure coming from something so big on Nickelodeon,” He explained about being a part of a something so beloved  and beloved, especially when the comeback includes new voice actors. “But, I feel like the fans of the show will really like how I embodied the character and I know I studied very much and it’s going to turn out being awesome.”

The full details of the film may be under wraps, but Benjamin gave us a hint of what we could look forward to with the movie, “All I can say is in the new movie Arnold is going to be looking for some people and Gerald is going to help them out to try to find them.”

Closing out our interview, we talked a little about his hometown of Memphis, Tennessee. “Coming from Memphis has influenced me as a person because it’s always taught me to remember where I come from and to always be humble. It also influenced me to work hard and do what I believe and to always believe in myself and know that my dreams will come true.”

You can stay up to date by following Benjamin ‘Lil P-Nut’ Flores Jr. on Instagram.