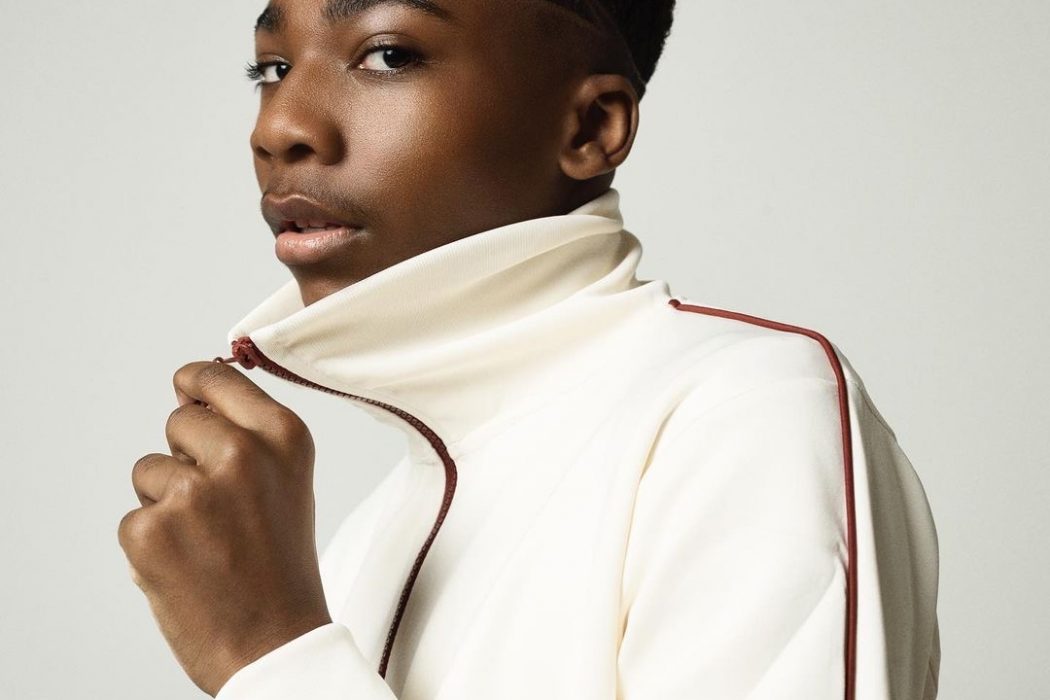 When Under Wraps 2 premiered on Disney Channel this past weekend, it marked an incredible moment. For the first time in 15 years, there was a sequel to a Disney Channel Original Movie that wasn’t a musical. The last non-musical sequel, in fact, was another Halloween film – Twitches Too in 2007.

“It’s an honor to be a part of a franchise that people care about and [to] have a sequel created to continue telling the story of Under Wraps,” Christian J. Simon, star of the Under Wraps remake and its sequel, says when told about this fact.

When TEENPLICITY spoke to the actor ahead of the first film’s premiere last year, nerves colored his excitement from the anticipation of remaking a beloved film. This year his answer holds great confidence with no nerves in sight.

“This time around, I am super excited for everyone to see this film. [There are] a lot of new elements and characters added to this sequel.” His excitement also comes from the fact he got to reunite with the cast. “It was the best to be able to be on set with them again. We’re family!” he says.

“I have so many great memories from set, it’s hard to choose just one,” he continues as he reflects on his time filming. “I can honestly say that I enjoyed every day of filming this movie with our amazing cast and crew.”

Under Wraps 2 follows Amy, Gilbert, and Marshall as they work together to protect Harold after his enemy is unexpectedly awakened and out for revenge. In addition, they have to stay on top of preparing for Amy’s father’s Halloween-themed wedding.

For those awaiting the film’s debut on Disney+ this Friday, there’s plenty to get pumped for. “I’m excited for [audiences] to see everything!” Christian exclaims. “We turned the scare factor up and added new locations. I’m also excited for them to see the growth of the friendship between Gilbert, Marshall, and Amy, and the lessons they are taught within the story.”

It was the best to be able to be on set with them again. We’re family!

Christian’s character Gilbert experiences another journey of growth in this film. While 2021’s Under Wraps saw Gilbert learning to face his fears, the actor says of his character’s arc, “In the beginning of Under Wraps 2, Gilbert is consumed with trying to reinvent himself and change the way everyone views him.” Shown through his work with the school newspaper, Gilbert has gone from a kid scared of everything to one who denies any fear rising within himself, using that to create new video content. “By the end of the film, he realizes that what he thinks of himself is more important than other people’s validation.”

What strikes even sharper is that Christian’s portrayal of his character is rooted in reality. “In this film, Gilbert’s character is a typical teenager who deals with self-confidence, friendships, social media, and a whole lot of other things so I approached it from a very real standpoint which was similar to the first film.”

That offers the question as to what Gilbert’s next video could be about, given his new perspective and understanding.

“I think Gil’s next video would focus on embracing what makes you unique. Loving yourself is important.”

Gilbert’s overall experience in Under Wraps 2 is one he learns from and similarly, it is one that Christian hopes audiences will too. “It’s okay to take the road less traveled by, and to always stay true to yourself,” he says of what he hopes they take from Gilbert’s arc.

TEENPLICITY couldn’t help but ask, however, in the spirit of Gilbert’s fearlessness, what is something Christian is afraid of but would love to do? “Oooh… good question. I would love to try bungee jumping!”

Aside from his new apparent fearlessness, Gilbert also showcases a strong, close friendship with Amy because of their work with the school newspaper. Unfortunately, this bond unintentionally leaves out Marshall, causing a rift between the three friends.

“I really had fun with that part of the storyline because it’s so relatable to what kids go through in their friendships,” Christian says. “Sophia [Hammons, ‘Amy’], Malachi [Barton, ‘Marshall’], and I really worked together to tell an authentic story.” It plays well on screen as the tension and frustrations rise between the friends even as they work together to help Harold.

There are a few things for audiences to keep an eye – and an ear! – out for when watching or rewatching Under Wraps 2. First is Beuller, the jeweler who helps the kids with Amy’s father’s wedding rings as well as understanding the jewel of Harold’s enemy. For fans of 1997’s Under Wraps, the actor behind the jeweler may look familiar and that’s because he’s portrayed by none other than Adam Wylie, the original Gilbert.

“That was so dope!” Christian says about filming their scene together. “I was so happy that Adam got an opportunity to be a part of this film. Both Gilberts in the same film is pretty epic!” He goes on to add, “He is so kind and down to earth. He also showed us some really cool magic tricks.”

Secondly is the song that plays while Harold and Rose are playing a dancing game in the arcade. The song to go along with the scene is “My Kind of Monster” performed by Christian and his castmates, Malachi and Sophia. “I’m a music lover and was excited to be a part of the song,” he says of the experience.

When it comes to picking a favorite scene in the film, Christian admits that it’s hard to choose because he loves them all. “If I were to say one,” he continues, “it would be in the factory scene where Gilbert jumped on the moon to save his friends. It’s not every day you get to perform a cool stunt like that.”

Loving yourself is important.

Christian says of that stunt in particular, “This scene was cool to shoot. It had a lot of moving parts to it which I loved. It was intense, exhilarating, and fun.”

His jump onto the massive dangling moon is not the only stunt displayed in the movie. The cast also rolls down a ramp in a large cart and Sophia gets drenched by a chocolate fountain. “The chocolate fountain was fun!” the actor says. “It was so cool to see how everything came together.”

Though there are a lot of planning and safety measures put into place to make stunts like this happen, those are not the hardest scenes to film, according to Christian. “The last scene is always the hardest to shoot for me because I didn’t want it to end.”

Looking ahead in his career, Christian says, “You will definitely see me on more comedic sitcoms and movies. I also love to create and work behind the scenes.” He points out his talk show, Kickin It with Christian. While it used to be streamed through Instagram live, full episodes are now available on his YouTube channel. One of his recent guests is Daniel Fishel of Boy Meets World fame. He says of his show, “It is a combination of all things that I love: hosting, dancing, cooking, and fun adventures!”

Under Wraps 2 comes to Disney+ this Friday, September 30th!

Zoe Manarel Is All About American Girl

As Amazon launches the fourth installment to its series of American Girl exclusive specials on the streaming platform today, viewers will be able to…