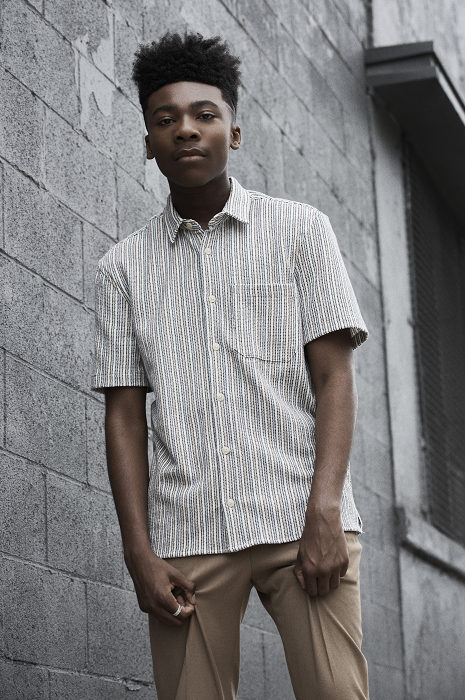 The Walt Disney Company is familiar with the idea of remaking a classic for modern audiences. They have explored this with varying degrees of success in film and television. Now, for the first time ever, Disney has brought that approach to their Disney Channel Original Movies.

2021’s Under Wraps is a remake of the 1997 film of the same name – the very first Disney Channel Original Movie. What followed in the path of the original is a slew of iconic films that have helped shaped childhoods and become a part of family traditions for years following.

As with the news of any remake, the general public was split between hope and skepticism, not wanting anything to mess with the classic but also hoping to recapture the magic of the original. Under Wraps is able to do this to great success, though that doesn’t come without some nervousness for some cast members.

“There are definitely some nerves going into this premiere but I’m excited!” Christian J. Simon says. The actor takes on the role of Gilbert, originally played by Adam Wylie. ”We understand the pressure of doing a remake because you want everyone to love it. We worked hard on this film and I think the fans will be happy.”

Not only is the film able to hold onto the elements that made the original so unique, but it is also able to strengthen the original script, modernize the tale, and add some more comedic elements. It thrives off of this fresh take with the reimagining of old characters and an innocence that gives the audience a hope for true adventure and reminds everyone that anything is possible.

Looking back, I really love all of the projects I’ve been involved with because each one taught me something new.

“We have a few musical and dance elements added to the film,” Christian adds of how the film adds new elements to the story. “The mummy looks a lot different and has way more personality. Buzzy’s character in the film is a woman and you will also see the bad guy, Kubot, a lot more throughout the film.”

Part of the success of 2021’s Under Wraps also comes from its cast, with their undeniable chemistry and the way they are able to explore the individual arcs of their characters. Christian brings delight and unique comedy to Gilbert, putting his own spin on it. 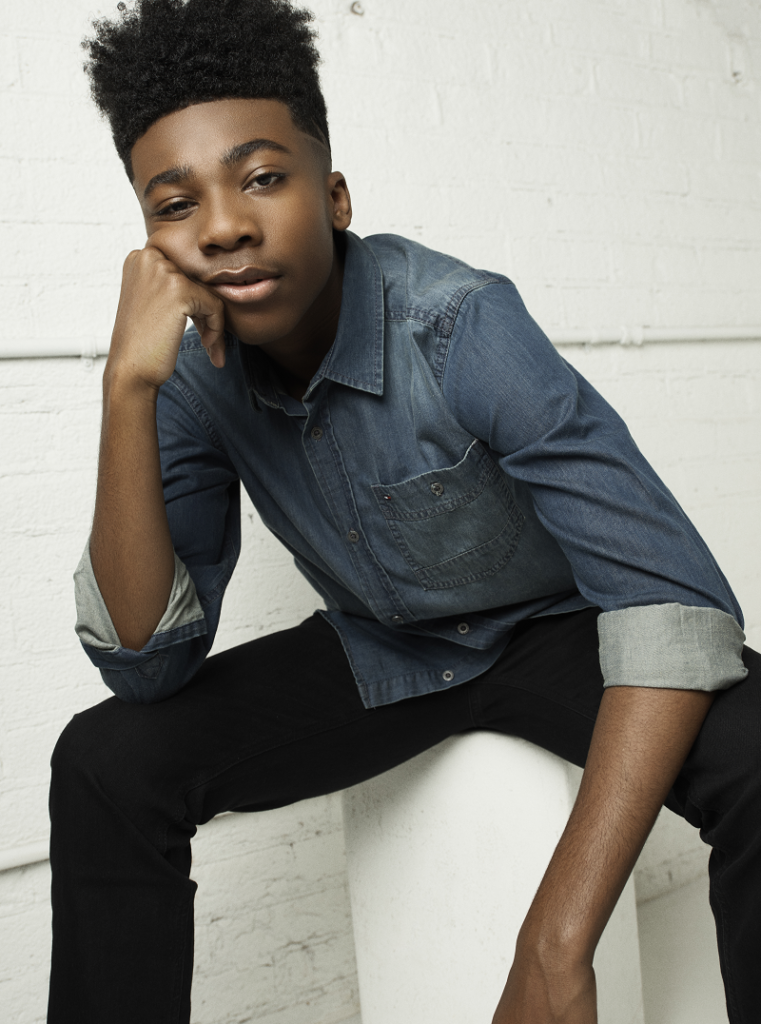 “Gilbert is a great kid,” Christian says. “He is smart, funny, honest, and loyal. He also scares easily which is the total opposite of his best friend, Marshall [Malachi Barton], who is always trying to convince him to face his fears.”

Much like his character, Christian says that in real life, he is also a loyal friend and that he loves to have a good time too. He adds, though, “I do not scare as easily as Gilbert.”

Portraying someone that is unlike himself is fun for the actor, because even if there are some differences between himself and Gilbert, he loves that Gilbert is still relatable to audiences. “He is a normal kid who goes on a journey of trying to overcome his fears while still being a good friend.”

Audiences are able to go on that journey with him and watch it come to a head in what Christian considers to be his favorite scene of the film.

“My favorite scene would be the one with the owl because that was such a huge moment for Gilbert’s growth,” he says.

TEENPLICITY points out the scene with Gilbert and Harold at the dance to be one of our favorites, something that is also on Christian’s list. “I love that scene too!” he exclaims. “It was so much fun to shoot with Mr. Phil [Wright]! We had a lot of great laughs that night!”

In fact, most of the shoot for Under Wraps held that same joy.

“It was amazing shooting the movie. I had the time of my life with my cast-mates and the crew,” the actor gushes. “I learned so much from the whole experience and I enjoyed that we filmed in Vancouver. It’s an awesome place to visit and the people were nice.” While most of Christian’s work so far has been on a sound stage or in a recording booth, he really enjoyed the ability to film on location, calling the experience a blast. “Looking back, I really love all of the projects I’ve been involved with because each one taught me something new.”

It’s an amazing feeling to know that we will one day be a part of someone’s childhood.

Testing his creative muscles, TEENPLICITY brings up a running joke of the film: the fact Gilbert and Marshall didn’t see the end of the much talked about fictional film Warthead IV. Asking the actor to give Warthead IV an ending, he says, “Ooohhh! This is a good one.” One can just imagine the wheels turning in his head as he thinks up the perfect conclusion. “I’ll say that the kids come together to get rid of Warthead but… another creepy slimy creature is right around the corner… to be continued.”

His idea hits one of the main rules of horror films too: always leave room for a sequel.

Given that Under Wraps is a Disney Channel Original Movie, and bound to become the favorite for many audiences, Christian to put to the test to pick his own favorite DCOM. “I have so many favorites,” he begins, “but if I had to choose, it would have to be Descendants or Let It Shine.”

DCOMs have a rich history in the lives of people of all ages and have even become a staple in family traditions every year, like Halloweentown and Twitches have done for the Halloween season in the past. TEENPLICITY brings up the fact that Under Wraps will very well become a part of those traditions from here on out. “It feels surreal,” the young actor says in response. “It’s an amazing feeling to know that we will one day be a part of someone’s childhood.”

As everyone knows, DCOMs aren’t the only Halloween films around. Picking his absolute favorite Halloween movie, Christian shares, “I’d have to say Halloween with Michael Myers. It’s a classic.”

Putting a twist on the classic saying ‘Trick or Treat’, TEENPLICITY asks if Christian would rather play a fun trick on someone or get a treat. “Definitely play a trick on someone!” he says.

After audiences tune into Under Wraps, they can keep up with everything else Christian is doing next by watching his Instagram Live show, “Kickin’ It with Christian!” While he says there’s not much he can share at the moment regarding projects he may be working on, he points to his Instagram Live show and urges fans to tune in, saying, “There [is a ton] of great info and good conversations!”

The actor also shares his gratitude for all his supporters. Christian says, “I appreciate each and every one of you.”

Catch Under Wraps on Disney Channel! It will be available on Disney+ on Friday, October 8th!

Abigail Rose Rises With ‘The Risk’