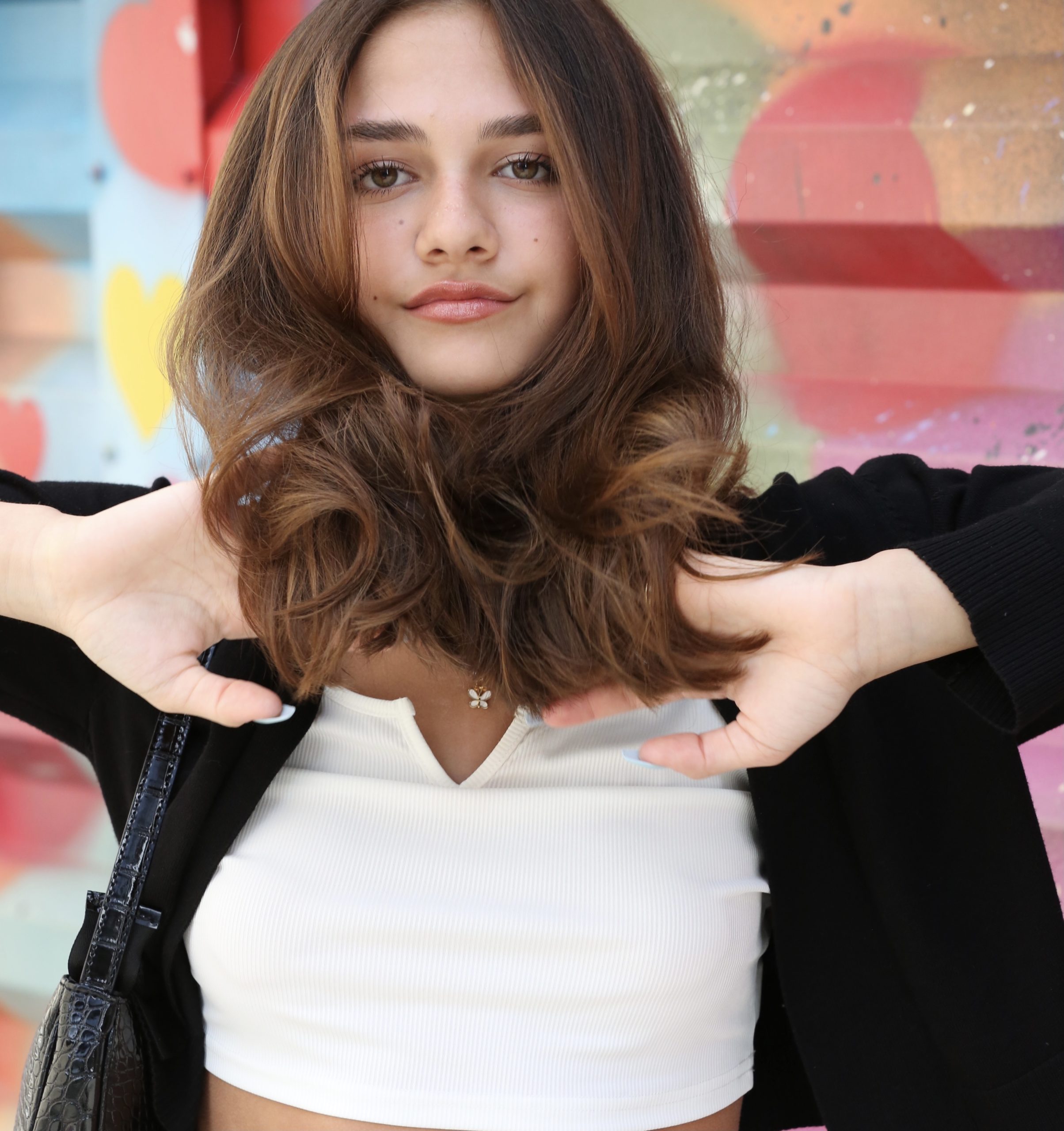 A simple glance at Mattea Conforti’s list of acting roles and one can see that she leaves no stone unturned. Not yet 18, the actress boasts a resume that includes the titular role in the Broadway musical Matilda, parts in multiple series like AMC’s NOS4A2, and an appearance in Disney’s wildly successful animated sequel, Frozen 2.

World domination seems like the next likely step for such an accomplished artist and, in a sense, Mattea is on that path as she continues to expand her horizons further into film.

Currently, she has her sights set on The Many Saints of Newark, a movie that details the life of Tony Soprano and his family before audiences knew them in the hit HBO series The Sopranos. The film poses the question, ‘Who made Tony Soprano?’ with the teenaged Tony Soprano portrayed by Michael Gandolfini, son of the character’s original actor, the late James Gandolfini.

“I think [The Many Saints of Newark] definitely helps the flow between how the series starts and how character development takes place,” Mattea says of the highly anticipated film. “You’re definitely going to see the Sopranos family become closer, in a way, right before the series starts, and how Tony Soprano became Tony Soprano through his family.” She adds that the film shows what life is like before the series and how it molds the characters mindsets. “We can see that character development that no one really knows about until now.”

In the film, Mattea portrays a young version of Tony’s sister Janice, whose original actress Aida Turturro brought forth an unhinged antagonist to the HBO series. The Janice audiences see in The Many Saints of Newark is different than what many know her as but she still retains the same echoes of the person she becomes in the show.

The film showcases Janice alongside Tony at different ages, and it is that relationship with Tony that Mattea can relate to. “I have a younger brother and, you know, we have that sibling way of speaking to each other and fighting when we’re supposed to fight,” she says with a laugh when asked how she relates to her character. “I think if I were to relate to Janice in a way, it would be her relationship with her brother.”

Having the background of Aida Turturro’s portrayal of Janice in the series, as well as Alexandra Intrator’s teenage counterpart in this film as well, Mattea relied on her own interpretation and her family’s The Sopranos knowledge to help her get into the mindset of Janice.

“When we filmed this movie, I was 12 years old. My parents were saying, ‘We don’t really want you to watch the series,’” she recalls, her tone understanding as she speaks about how she prepared for the role. “But they’re really big fans so they helped me with how to portray Janice and they gave me a pretty good description of her.”

I feel like we all had a great time and we all just really bonded in those.

In fact, if Mattea felt any pressure, it was from her family – but in the best way possible. “They were like, ‘Oh my God, you are playing Janice Soprano in the Soprano movie. You cannot mess this up!’” Bringing back their words only causes her to laugh, a smile never leaving her face as she continues. “‘We are all huge fans, so we’re counting on you!’”

Mattea didn’t even really feel the pressure that came from the high anticipation of the film while on set. Given a scale of how she felt leading up to the premiere nationwide and on HBO Max, the young actress relates that she’s feeling as cool as a cucumber. Her grin is palpable in her voice as she says, “No one really got that much pressure on set just because we tried to keep it as low-key as possible.” Any outside pressure she did feel came with the premieres, according to actress. She credits it to the intensity and energy that surrounded the buzz of the film, no doubt given the legacy of the series.

On set, she shares of how everyone was in work mode and stayed focused, saying that everyone was trying to do their best no matter what. “Everybody in the cast and the crew were so welcoming and so helpful; everybody helped each other out. If someone didn’t know what they were doing in a certain scene, everybody was there for each other like a real Sopranos family. So it was an incredible set to be a part,” Mattea says.

The camaraderie that came with supporting each other behind the scenes showed on-camera. When asked of her favorite scenes, Mattea immediately points to the ones where she was working with the family. “I feel like we all had a great time and we all just really bonded in those,” she says.

The Sopranos is a rare gem in the industry. Though the show wrapped nearly a decade and a half ago, it is still consistently listed as one of the best television shows ever made and its series finale has been rated as the best in television history multiple times. The quality of the series and the passionate talent of its cast and crew is what gave it the legacy it still carries today and the widely dedicated fanbase that still follows it.

“I think people [will enjoy the] life before The Sopranos series and seeing their favorite characters grow up. The connections and the references made in the movie really ties it full circle,” she says of what longtime fans can look forward to in The Many Saints of Newark.

However, given the time span between the series and the film, there are a number of audience members that will experience their first taste of The Sopranos through The Many Saints of Newark. Mattea shares that there is plenty in the film for them as well. “I would say if you don’t really have an idea of what movie to binge or what show to binge, definitely put this one on your list because this [film] hits all genres in the right places.”

The actress explains, “You have gore, drama, romance, comedy, thrill, suspense. You get all of that in just one movie – and the way that everything is portrayed by the actors in the movie is just really, really good.”

With The Many Saints of Newark now under her belt, there is nothing stopping Mattea going forward. Her focus is currently on acting, she says. “Maybe when I’m older, [I’ll] get into some directing and producing because I find it so interesting when I’m watching them, seeing everything going on behind the scenes. I don’t really think a lot of people appreciate how much work goes into even just one scene, so I find that really interesting.”

Looking at all she has accomplished thus far, Mattea is grateful. “All the opportunities that I’ve had come my way have been amazing, but I think right now I want to focus on TV and film and trying to play other genres.” She thinks of her dream roles and adds, “Maybe a period piece – that’d be really cool. I’ve haven’t done comedy yet!”

The best actor to work alongside her in her dream role would be her dream co-star. Mattea has zero hesitation when answering the question of who that would be, saying, “Oh! Zendaya. 100%. I love her work so much.” She has no qualms about what they could star in together. “Honestly, anything!” she says with a laugh when asked what the plot would be of their dream project. “As long as it’s with Zendaya!” 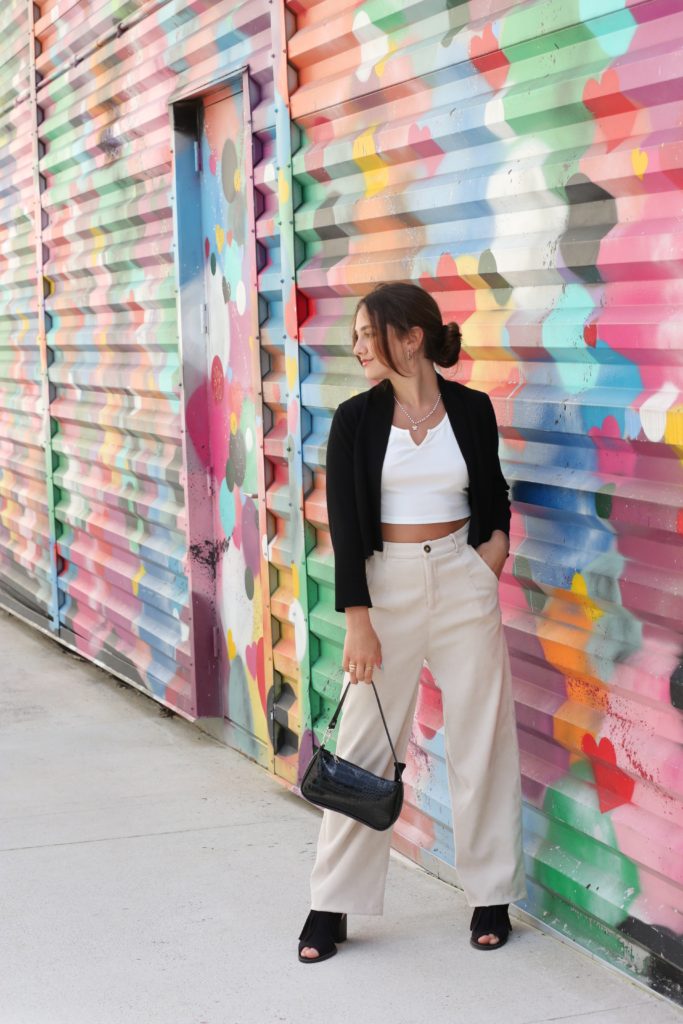 Since Mattea has such a varied resume, TEENPLICITY asked her to share her favorite television show, film, and musical.

“I think my favorite TV show right now is The Office. I think it’s so funny.”

(A later comment by TEENPLICITY about her hopefully doing a show that features a similar type of dry comedy has the actress laugh in agreement. “Yeah! I love those shows.”)

Mattea pauses to think of her favorite movie, unsure if she has one at the time. When TEENPLICITY jokes that she can always pick her latest film, she jumps right on board with a laugh. “Oh, yeah! Obviously. The Many Saints of Newark – we’ll say that one.”

Talking about her favorite musical, however, brings Mattea back to her days on Broadway. She cites Hamilton as her favorite and says, “I’m such a big Hamilton fan.” She recalls, “When I was in Matilda, I was one of the annoying kids that had the biggest Hamilton phase and would always ask for autographs and pictures.”

Although her fans are eager to see her back on Broadway, they love every project she has been in since her time on the Great White Way. For now, though, she has her focus on promoting The Many Saints of Newark. Outside of that, she sounds happy and hopeful as she says she is keeping busy and has opportunities and auditions coming in.

Through every step, she is thankful for her fans. Mattea offers up advice for those who have been inspired by herself or by others and wish to get into the industry. She says, “I definitely learned the hard way – you are going to hear way more no’s than yeses and it’s completely normal and it doesn’t mean anything against you or how you act or how you sing or how you dance. It’s just going to happen no matter what, and you just have to be prepared for it and have to remember, ‘This is me. This is what I do and I know I’m good at it and I know that one day I’m going to find something that I’m good at. And maybe this no, just means it just wasn’t for me. My skills would have been used better somewhere else for a different role.’

The Many Saints of Newark is in theaters nationwide and available to stream on HBO Max tomorrow, Friday, October 1st.

Despite having an established fan base and an impressive resume, 17-year-old Landry Bender gives no indication that her life is any different from other people…