When the next installment of the Fast & Furious franchise races into theaters in two weeks, it will bring back faces of old and new. The last movie – Furious 7 – gave young starlet Eden Estrella an impressive introduction to the film series.

Not unlike her on-screen father Dwayne ‘The Rock’ Johnson and his character Luke Hobbs, Eden embodies the air of confidence and spunk when stepping into the shoes of Samantha Hobbs. Taking a role out of the older gentleman’s book, charisma seeps from Eden’s performance as her sassiness sprinkles in an appearance as well.

“I don’t think she has changed much, other than having grown up a bit and matured,” Eden says of her character in the newest film. “She still retains the same toughness, and can still respectfully keep her dad in check.”

Samantha showcased her vulnerability in the past when it comes to seeing her father leave for work, yet she does not waver in her belief in him. “Her faith in her dad will never be shaken,” Eden reiterates. “Not by anyone or anything or any circumstance. Her dad is all she has and she believes in him no matter what.” Unfortunately for Samantha, she will have to go through the same experience of watching her dad leave each time he has to go to work. 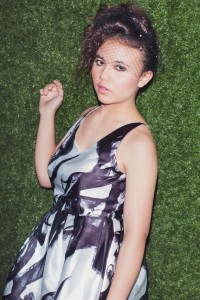 “She has to be strong and continue the same routine they established as a family,” Eden says of what her character will continue to go through. “At the same time, she has his full support in backing what she takes on.”

With this show of support, Teenplicity couldn’t help but ask Eden if she thinks her character might follow in her father’s footsteps in the future.

“It’s a difficult question,” the actress admits. “Samantha is a tough girl who I personally think would absolutely follow in her father’s footsteps, fighting crime.” Eden goes on to contemplate, “However, since she has experienced what it’s like to watch her dad go out on missions, whenever she finds a partner in the future, I believe she would retire from her work so her loved ones don’t have to experience the anxiety of watching her leave over and over, not knowing when or if she will return.”

Teasing her scenes in the film, Eden recites, “Kia rite! Kia rite! Kia mau…Hī!” Translating to English, she says, “It means something like these three words in English: Get ready…! Stand fast! Yeah!”

When asked to compare her time on set for the seventh film to the eighth, Eden explains that she was only nine years old at the time of the Furious 7, playing an 11-year-old character. “But I look at my brother who is 11 and he looks like he is still eight years old, so despite my looking as if I may have grown up since then, I’ve simply caught up to the age of Samantha Hobbs.” She continues, “Fate of the Furious takes place, around 18 months later or so, I believe. Being on set at the age of nine versus twelve, the main difference for me would be that I feel more confident in how I approach my character.”

Eden, on the other hand, has definitely changed more from the last film than her character. “I’ve become a more open-minded actress and would love to take on different roles because of it,” she reveals. “As a person, I’m just growing more and more each day, learning new things, experiencing new things, really just learning who I am, and how to be a teen.” She sums it up perfectly as she exclaims, “I’m a kid but I’m growing up all at once!”

The young actress appreciates the smaller moments on set this time around, like getting to hang out with kids her own age. 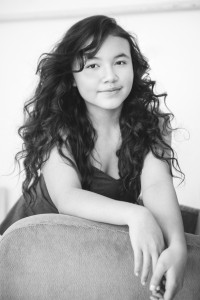 “We learned choreography together and I learned to play soccer too!” she says excitedly. “It was really cool and fun that I got to meet a lot of stars, but in the end, they were all adults,” Eden can’t help but confess, “so I’m glad I had some kid time!”

The excitement isn’t just limited to her cast mates. Eden enthuses that she’s excited to see some good plot twists on the big screen!

“The character development in this movie is also something I’m looking forward to watching,” she adds on. “I’m excited for fans to see how our characters grow. What’s so special about this franchise is that from the beginning the fans have been there all along with us in our journey of love and loss. It’s going to be good,” she promises.

When she’s not acting in one of the biggest film franchises happening right now, Eden’s interests include dancing, singing and writing. Her involvement with these prompts Teenplicity to ask if she’d like to incorporate that into her acting in the future. The talented starlet enthused that she “desperately” wants to do a musical! “It incorporates both singing and dancing so it would be so fun. I may write a screenplay someday and hopefully direct it, that would be cool.”

With her sights set high in the future, there’s nothing standing in her way to accomplish them. Yet, her hopes don’t end there.

“In the future, I want to get a doctorate degree in something,” Eden says, though she admits with a laugh that she’s not sure in what subject yet. “It’s important for me to have a good education. I also would like to get an Oscar! Someday, it’ll happen.” Teenplicity couldn’t agree more.

Another thing that is important to Eden is the charity work she does. Currently, all of her charity work is through her church and their outreach to the community. She has high expectations of herself in this area of her life too. “One day, I hope to start my own charity and give back where I can. I would love to go and help existing ones wherever I can as well.”

Helping out others has been something that Eden has done her entire life.

“I have great examples in my family, like my grandparents and parents,” she praises. “I was raised in a loving church and I act with kindness towards strangers because I was raised that way. My family is my inspiration.”

As the interview closes out, Eden gives her fans a modest but important message.

“Thank you,” she says to her fans. “They are simple words, but it’s everything!”

Netflix original series “Greenhouse Academy” star Dallas Hart reviews the first season and speculates on what could be in the future. *Please note –…