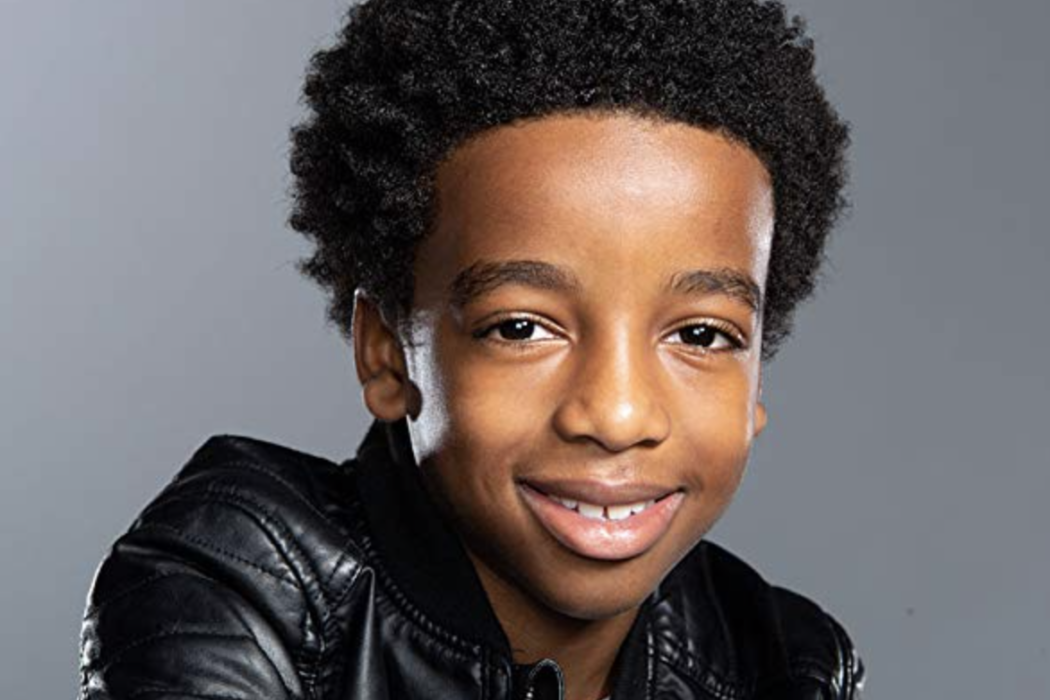 As part of this special event, the 5th Teenpliciday features an exclusive interview with Jahzir Bruno of Netflix’s holiday film, The Christmas Chronicles 2. Jahzir talks about joining the beloved film series, working alongside Hollywood greats, and what he hopes to happen in a potential Christmas Chronicles 3!

The confidence that Jahzir Bruno exudes over the phone is much unlike his character at the beginning of The Christmas Chronicles 2.

Where the actor speaks with the practiced ease of someone who knows exactly what he’s doing, his character Jack is unsure of even going off to a sleepover camp activity without someone to be there with him.

“Jack is a nerdy, not-so-adventurous kid,” Jahzir says of his character. “But he’s smart, and he’s cautious.”

Jahzir’s character is a fun and interesting addition to the Christmas Chronicles universe. Unlike the previous main characters, Jack’s hesitance and lack of confidence in himself provides him a unique journey that viewers didn’t witness before. The actor calls his character’s journey in the film a wild one, but also notes that through it all, he’s helping to save Christmas.

I was so lucky.

The Christmas Chronicles 2 picks up a few years after the original film, finding Kate [Darby Camp], Teddy [Judah Lewis], and their mom [Kimberly Williams-Paisley] spending Christmas on the beaches of Mexico with two new additions, their mom’s new boyfriend Bob [Tyrese Gibson] and his son, Jack.

One great interaction between Jack and his dad is shown early on in the film, as they’re getting ready to part for their different adventures at the Mexican resort. The two step aside from the group and have a comforting chat, ending it with a fantastic handshake that further illustrates how close their relationship is.

“You know, it’s a funny story,” Jahzir begins with a laugh as he recalls how the handshake came to be. “I was walking out of my trailer while [Tyrese] was walking out of his trailer and he had this idea for a handshake. So I just went along with it.” His voice still registers the slight awe at the fact that the handshake made it into the film as he says, “I didn’t expect it to come this far.”

Much like their characters who are newcomers to the Pierce family, Jahzir and Tyrese were the newcomers on set.

With much of the cast having already bonded while filming the original movie, The Christmas Chronicles 2 was the first time these two entered the universe.

“I was actually very grateful for that,” Jahzir says. He adds that because of the fact he was new on set, he received a lot of advice throughout filming, which he was very grateful for too. “I was a little nervous at first but I grew more comfortable,” he confirms with a smile in his voice. 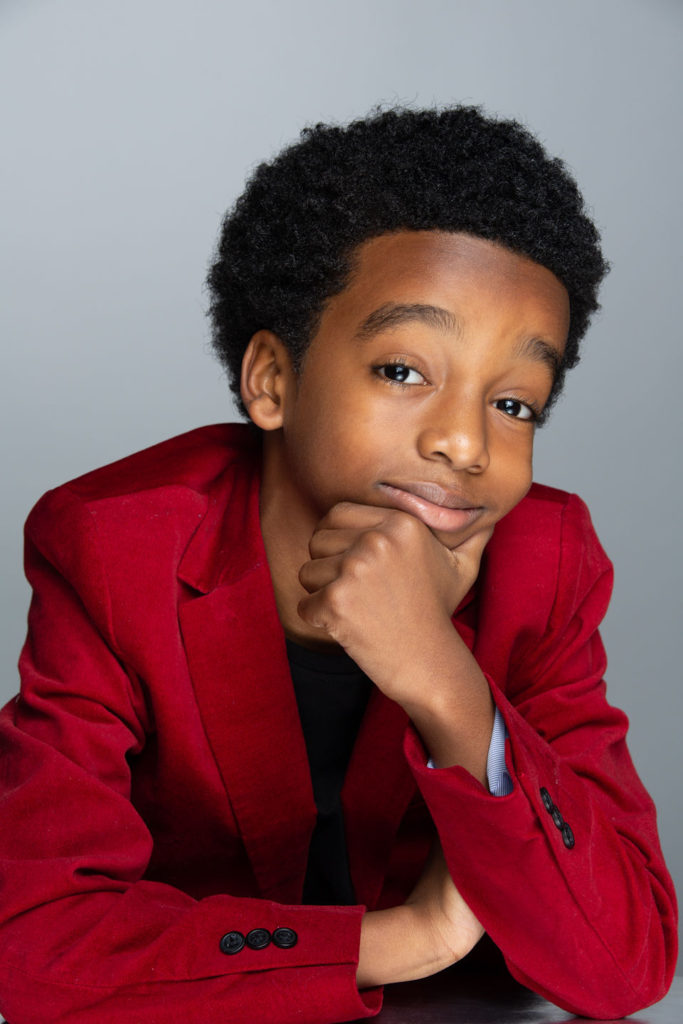 Though part of the movie was filmed on location in Mexico, much of Jahzir’s time was spent at the other location – the North Pole.

For scenes filmed at the North Pole, the cast was actually sent to Canada and real sets were made of Santa’s village! As amazing as the sets were to see in real life, the actor wasn’t a big fan of Canada’s climate.

“[On] the first day, we had to step on this snowy, cold set. Oh man!” Jahzir exclaims, and one can only imagine the chill of a shiver that just went through him as he remembers the cold set. “I didn’t like it at all but, you know, I had to do it for the movie’s sake,” he adds as a joke.

With the first film such an incredible success and this film no doubt garnering as much holiday traffic, fans – and the cast – are hopeful for a third film in the franchise. The idea is something that Jahzir has already explored in his own mind. “If there was a third movie, I would want more stunts and action, probably for me and Tyrese,” he excitedly states. “And just go back to the North Pole!”

Of course, everyone would love to see more of Mr. and Mrs. Claus as well. Working alongside Kurt Russell and Goldie Hawn is just the topper on the tree for Jahzir. Having worked with talented acting veterans before, like Octavia Spencer, he always appreciates what he can learn from these long-time pros.

“They were always so helpful,” he recalls. “Going into [the film], they really took the time to guide me, to be honest.” The actor adds of being able to work with and learn from them, “I was so lucky.”

I’m glad to be in this tradition to put smiles on people’s faces and for all of them to get together with their family and watch this. I’m just so happy for that.

The Christmas Chronicles 2 is set to join the ranks of classic holiday films, set to be rewatched multiple times every Christmas season going forward. The thought of other families – TEENPLICITY’s included – adding this film to their holiday traditions is still hitting the actor.

It takes a moment for Jahzir to gather his thoughts when asked how the feeling of now being a part of so many family holiday traditions has impacted him. His voice still sounds a bit awed, not quite believing what’s happening, and incredibly happy at the thought as he says, “I’m glad to be in this tradition to put smiles on people’s faces and for all of them to get together with their family and watch this. I’m just so happy for that.”

Aside from The Christmas Chronicles 2, when asked which holiday film is his favorite, Jahzir immediately knows. “I would pick How the Grinch Stole Christmas with Jim Carrey,” he says. “When I was a kid on Christmas, my grandma has a smart TV and I would always go on Netflix to watch it.”

Christmas at his grandmother’s is one of his favorite holiday traditions. The actor shares how his whole family gathers at her house for a huge Christmas breakfast. “We all eat and then we open our presents.” And his favorite thing that his grandma makes? Her biscuits. “It’s the best,” he states, adding that he loves them with some jam.

Due to the ongoing global pandemic, the holidays are going to be different this year for everyone, including Jahzir.

“[I’m] so happy to be with my family, but it’s kind of small,” he says, explaining that other family members are staying at their own homes for the everyone’s safety. “But other than that, we’re still communicating through our telephones.”

This time at home has offered a lot of opportunities to imagine what could be. Because of this, TEENPLICITY couldn’t help but ask what other holiday movie Jahzir would cast Kurt Russell in, as Santa Claus, of course. “Whatever it is, I want to be in it with him!” he decides with a laugh after pausing to think for a moment.

In the case of what holiday film Jahzir would love to have been cast in, one can only imagine that grin that takes over his face as he says, “I know something really good,” before dropping his incredibly clever answer, one TEENPLICITY absolutely loves, saying, “Christmas Chronicles 3. BOOM.” If he had a microphone, he definitely would have dropped it.

Wishing on Christmas stars for it to happen, the actor already has an idea of who he’d love to have join the cast. “Samuel L. Jackson, probably,” he says after a moment of deliberation. “I think he would play, maybe, my grandpa or something. Something that would be really cool,” Jahzir decides happily. Here’s hoping.

The Christmas Chronicles 2 is available to stream NOW on Netflix!

Isaac Ordonez Dives into the Mysterious & Spooky of Netflix’s ‘Wednesday’

There are television shows with a theme that is so iconic, only a few notes need to play for its familiarity to ring in…