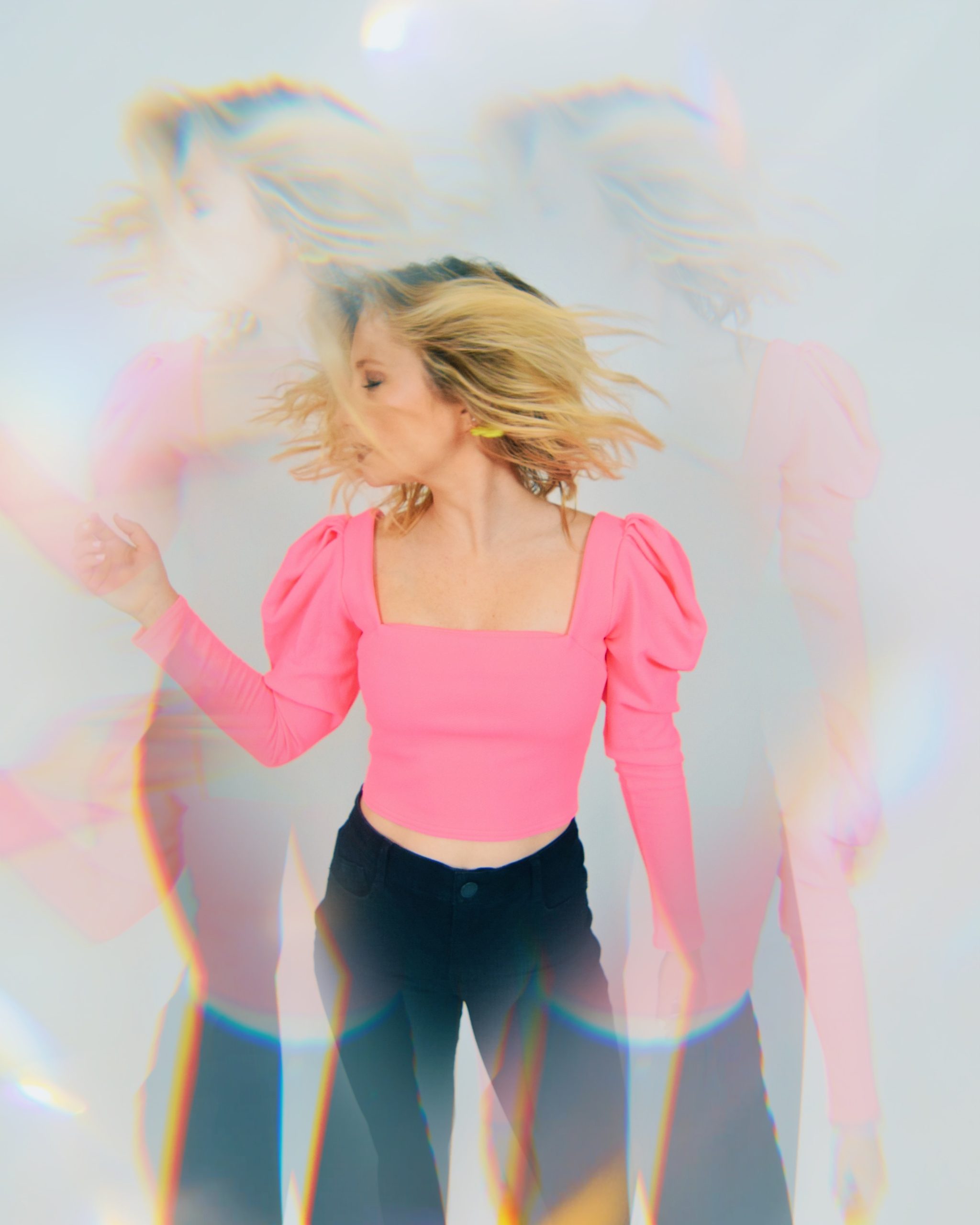 When TEENPLICITY spoke to singer Kat Saul last month, it was on the heels of the release of ‘Alright’, a follow-up to her August single ‘Monsters’.

The two songs are from her made in the 90s EP that dropped on November 10th. Consisting of five songs, the EP holds a pop sound that is light on the ears with lyrics that are relatable in all the best and worst ways, an all-consuming experience that won’t let you turn away until you’ve listened through all of the songs at least five times. From the haunting lyrics in her song ‘Monsters’ where she sings, “What’s been under my bed just moved into my head,” to her song ‘X2’ where she sings of thinking of getting back together with an ex, Kat’s made in the 90s EP hits on nearly every mood, fear, and aspiration that we’re all experiencing.

“Honestly, I’m usually really nervous and kind of queasy,” she says with a laugh when discussing what her mindset is like right before releasing new music. “I come from a hyper-conservative, Christian family in the south, so putting out any sort of sassy tune – especially one with profanity – can be a really controversial thing. With each release, it’s less and less a big deal, but I still have anxiety. However, as soon as the song is out, I feel amazing.”

As she is growing personally with each release, she is as an artist as well. “I remember in high school learning about how Michelangelo just chipped away at a block of stone until the sculpture showed what it wanted to be,” Kat recalls. “Releasing music has felt like that. Each time I put another song out in the world, I am showing more of my identity and slowly revealing who I really am as a person and an artist.” 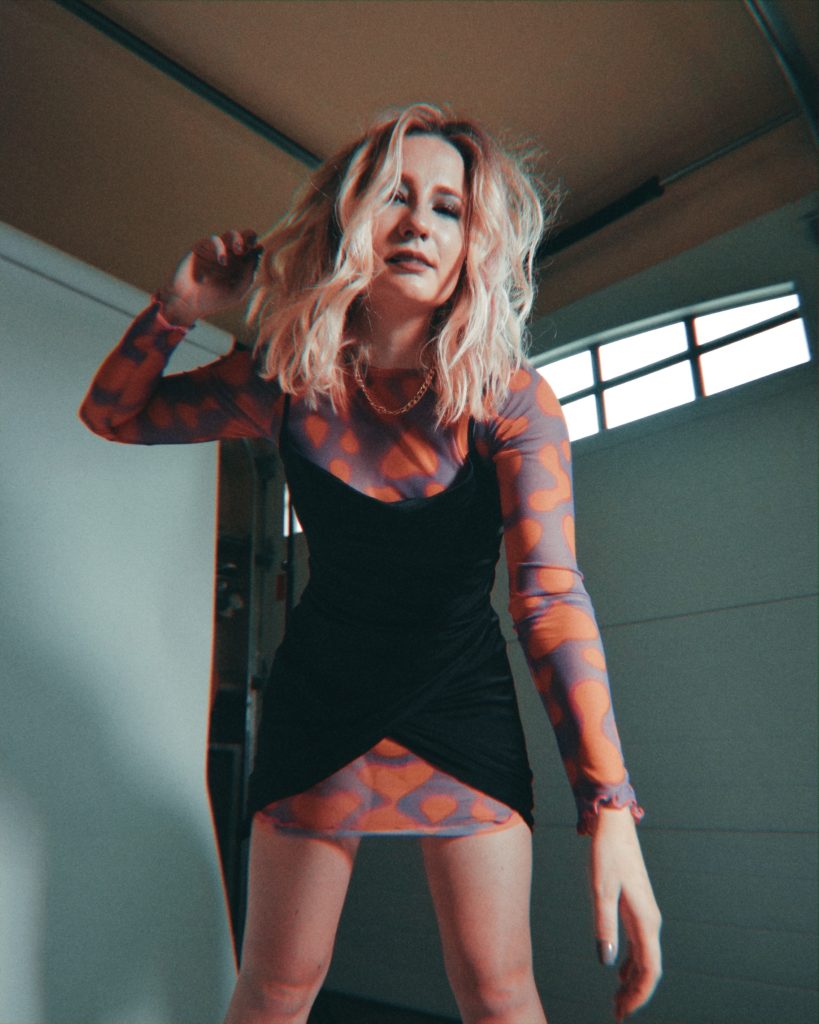 Most notably, Kat says, “I put the music first, and it shapes me.”

By doing this, the singer has become more in tune with the music inside of herself. She says with a laugh that what she’s learned over the release of her songs is that she didn’t realize just how much she loved electric guitar.

“But on a more serious note, [with] each release I realize that authenticity is more important to me than anything,” she says. “It’s become apparent to me that my purpose here is to pursue truth and spread it via my art.”

She acknowledges that not everyone is going to accept or relate to her truth and what she puts in her art. “Maybe my truth isn’t the same as everyone else’s, but maybe there’s one person out there that will relate and understand.” Kat continues, “Maybe the music will save them and help them feel seen, in the same way music saved me. I want to be that voice for someone.”

I put the music first, and it shapes me.

Kat’s passion for music stretches for the span of her life. “Growing up in Nashville, music was always around me,” she explains. She remembers being a creative kid and her parents finding a way to channel that creativity into one outlet. “My parents had me in piano lessons and church choir by kindergarten. By middle school, I had stolen my brother’s guitar and started writing songs.”

There was no question for her when it came to what she would pursue in life.

“To be honest, music’s always been it,” Kat says. “When I was a kid and people asked what I wanted to do when I grew up, I’d say, ‘I want to be a singer!’” she recalls with a laugh. “It wasn’t until middle school carpool when I realized I also wanted to write songs. My best friend’s dad was an A&R and he’d play the CD’s that publishers would send him on the way to school. Pretty immediately I knew I wanted to be the one on Mr. H’s CDs.”

It’s safe to say that Kat has the talent and the music to have made the cut she set for herself with that memory. With her latest single release of ‘Alright’, she offers a pop bop that tells the story of the potential for love growing between two people. The sound has an airy essence to it, carrying a listener’s heart and hopes on the soundwaves as it perfectly executes the optimistic, yet nervous, vibe from the lyrics. 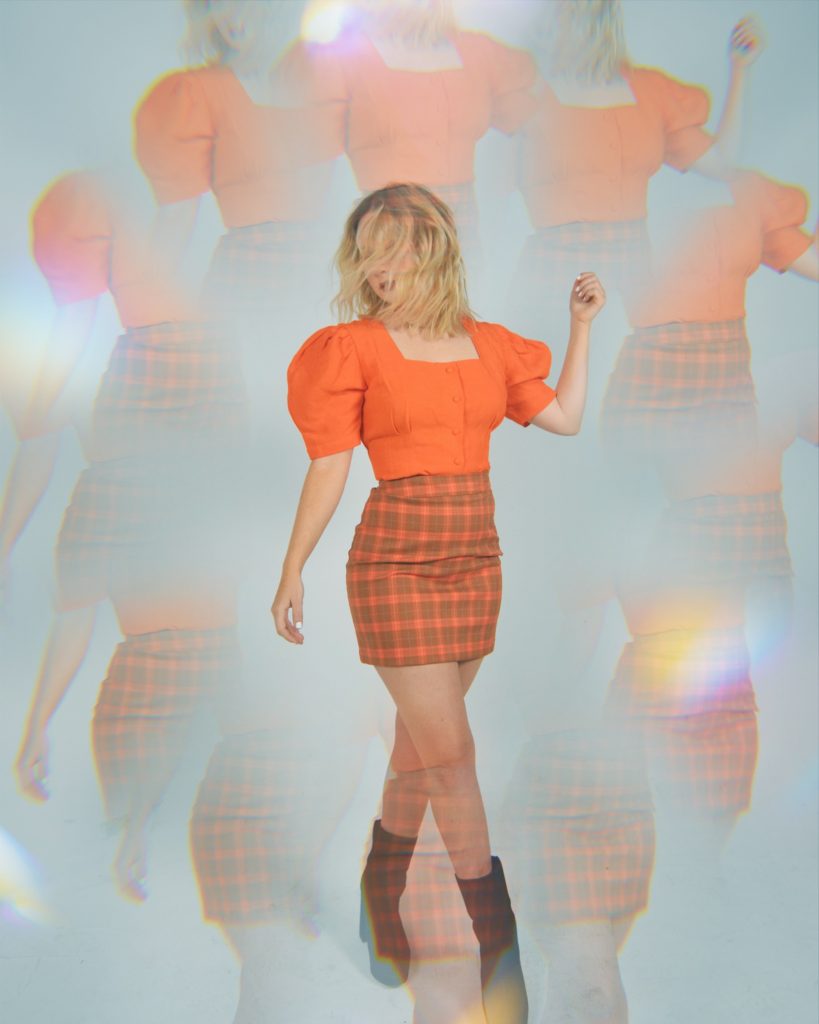 “‘Alright’ bridges the gap between alt-rock and bedroom pop. You can vibe out to it, but it also hits deep if you really listen to the lyrics on the second verse.” She expresses, “I’ve got hella emotions.”

Some of those lyrics she refers to is the fact that she’s allowed herself to be vulnerable in the past only to be burned and tossed aside by past loves. She admits in the lyrics that she’s not necessarily saying that this new person is the same, as they won’t know until they try, but she is still hesitant.

“‘Alright’ is about giving into the risk of heartbreak in order to enjoy love,” describes Kat. Talking of where the inspiration for the song came from, she explains, “At the time, my next door neighbor – who I had a crush on – wanted to take me out, and it made me nervous to ‘give into the risk’ of a really painful breakup, but I knew I would regret it if I didn’t let myself try.”

(Kat is kind enough to add the disclaimer, through laughter, “For those reading, listen to your gut and don’t date people you live next to. It’s super awkward if it doesn’t work out.”)

The singer considers ‘Alright’, while about a completely different than ‘Monsters’, to be on the same spectrum as the previous song. “‘Alright’ and ‘Monsters’ both approach a similar narrative – while different topics, both are about overcoming some sort of fear, and accepting shortcomings.”

The vulnerability that Kat presents in her songs are simply her truths. “I write about what happens to me. Nothing’s too close to home. I’ll write anything,” she says. However, this is only about how it pertains to her. While her music is no holds barred in terms of her emotions and experiences, she states, “That said, I’d never release a song that would hurt someone important to me.” 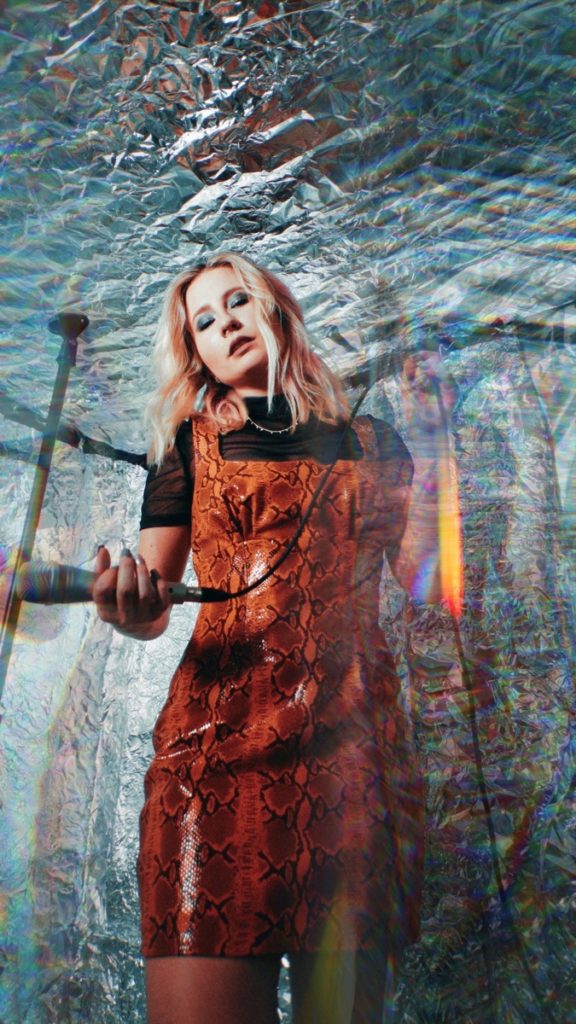 When discussing her song ‘Monsters’, Kat brings forward the blunt sense of self that encapsulates how Millennials and Gen Z-ers approach life topics when she says what inspired her to write the single. “Crippling depression, baby,” she answers.

The song contains some of her favorite lyrics throughout all of her music, though she states it is really hard to pick which those are. “I’m also really proud of some of the lines in the unreleased songs,” she adds.

With new music just released, there’s plenty that Kat is planning for in the future – restrictions and health guidance permitting.

I write about what happens to me. Nothing’s too close to home.

“I just want live shows to come back,” expresses the singer. “I’d also love for my music to not die in the internet hole. We get deeper every day.”

With that in mind, TEENPLICITY asked Kat three career goals she has set for herself. First, she says, “Make real ass art.” Next, “Write a song with Jack Antonoff.” Lastly, Kat says, “Tour nationally.” She adds as a note that she’ll need help manifesting this, ala five hit singles, she jokes (though would undoubtedly still appreciate that, as would any artist).

For now though, Kat is channeling her excitement into her recently released EP. Sharing a fun fact about made in the 90s, she reveals, “I actually co-produced the two songs that will be new to the EP, ‘X2’ and ‘Cloud 9’.”

The latter of those two is the one Kat has been most excited to listeners to hear. “This song started with me recording the weather on the radio in my car outside the Green Hills YMCA and wanting to write a song around it,” the singer says of ‘Cloud 9’. “Having my sounds on a track is going to be really exciting.”

Kat’s EP made in the 90s is available to listen and stream on Apple Music, Spotify, and YouTube!

Kendra Oyesanya on Beychella, Step Up: High Rise, and Dance

When I hop on the phone with Kendra Oyesanya, she’s rehearsing for the BET Awards where she’ll be performing with Cardi B. Outside of…