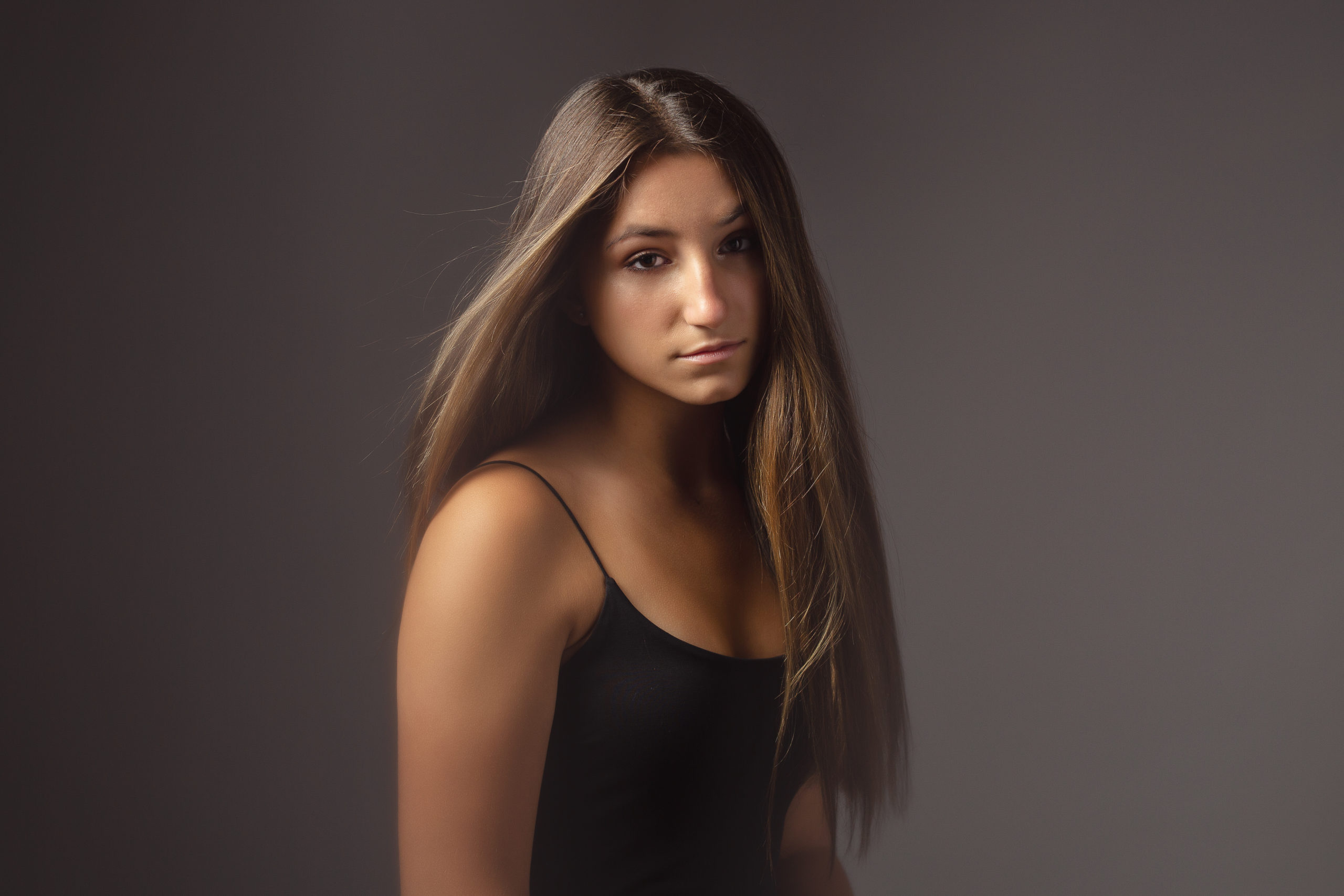 At just 15-years-old, there’s not much that Lana Chalfoun shies away from in her music. Her song topics range from the trials of love to the anxiety and pressure to succeed while comparing oneself with their peers, in the music industry and in her personal life.

Through her raw voice and honest lyrics, she offers her heart and her insecurities to the world in the hopes that maybe someone else will be able to see that they’re not alone.

“Being a young person in today’s world is very hard,” Lana says. “So I guess what inspires me to write about these topics is because I’m personally going through them and I want to make music that’s relatable to other people going through the same thing.”

Her relationship with music has always been a big part of her life. She recalls singing at a young age and extending her passion into songwriting when she was 10. “After bringing a song to my guitar teacher at the time, we ended up recording five more songs and I’ve just continued from there.”

By 11, Lana had released her EP The Making and a few years later followed up with her song Bring Them Home, telling a story inspired by her father’s own plight as a Christian refugee, encouraging others to open their hearts and homes to help those in need. Just last year she released her album Aware, exploring multiple aspects of life from the betrayal leading to friendships falling apart to garnering a new crush. She gets down to the gritty truth of the pain that comes from removing someone from your life in the ballad “Broke Me”, an example of what was to come next with her recent single “Be Ok”.

“As I’ve gotten older, I’ve obviously gone through many more experiences, and learned a lot more about myself. This has influenced my writing as well as practicing the craft,” Lana says of how her writing has evolved over the years. “What’s not changed is that everything I write comes from my emotions and is pretty raw.”

Another thing that hasn’t changed is why Lana is pursuing music. “What drives me is my love and passion for the art,” the singer-songwriter says. “I honestly feel like writing and performing are a part of me, and they just make me feel so alive. That’s why I try to pursue it as a career.”

Doing so allows her to relate with audiences in different ways. Whether it is through her own words or covering a popular song in order to engage the ears of would-be fans, the connection is at the core of her work. However, nothing beats sharing her own stories with fans and watching in real time the many ways they connect with it.

I honestly feel like writing and performing are a part of me, and they just make me feel so alive.

“Although performing covers is always fun, performing your own music is just a whole new experience because you get to watch people in the crowd sing along to the words that you wrote. It’s an incredible thing,” Lana says.

Of all the songs she has written, there is one that sticks out as her favorite.

“I think ‘Be Ok’ because [it] is very relevant and meaningful to my life right now, and will probably continue to be,” says the singer-songwriter.

‘Be Ok’ is Lana’s most recent single, debuting at the end of October with a music video following not long after. The song, according to the singer, is based on how she was feeling at that current time. It touches on the doubts that creep into one’s mind, especially when thinking of how they rank compared to their peers. 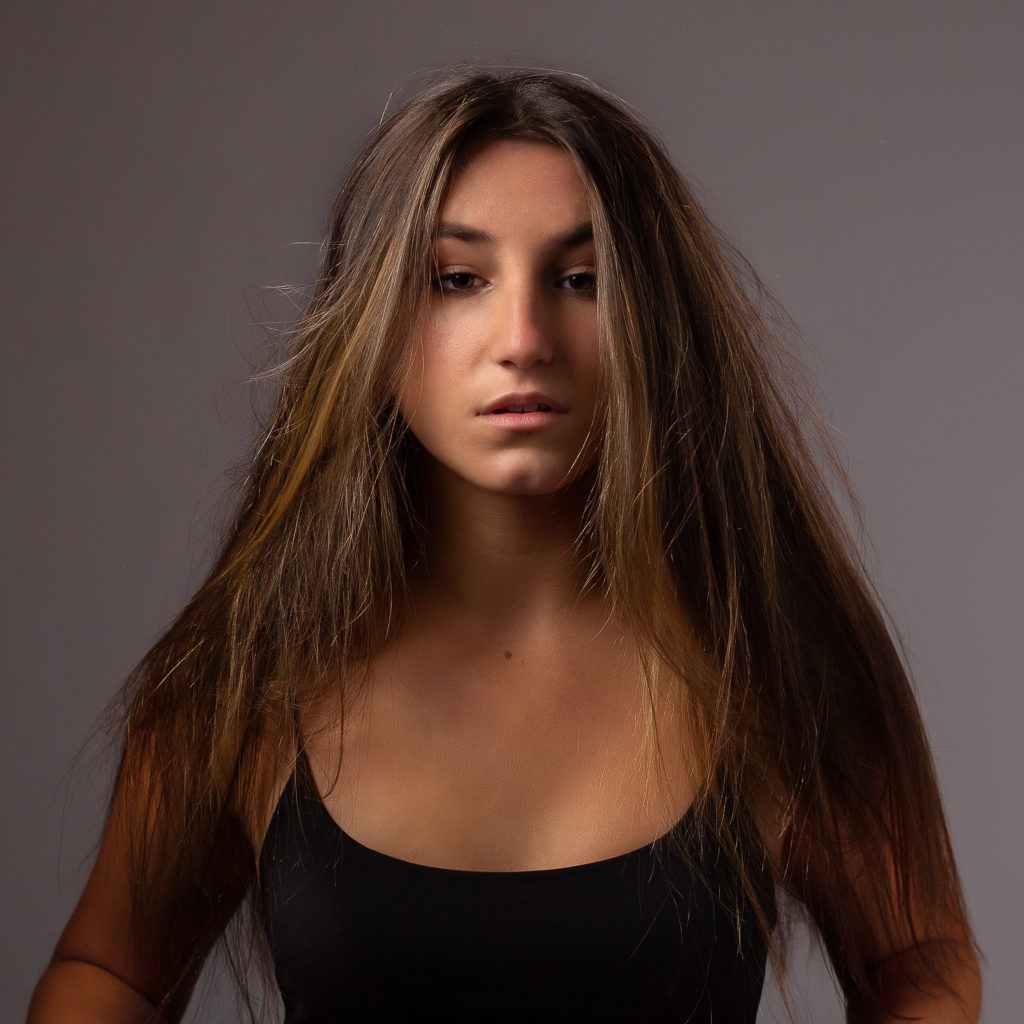 “I had filled my head with many condescending thoughts towards myself and [my] career, and never thought I was doing enough to be successful. So I wrote the song as a way to cope,” she confesses.

Not only did she write it to cope with the feelings she was experiencing, says the singer, but also to show others they aren’t alone. “I think making music that your peers can connect to is really important,” says Lana.

Finding that grounding connection doesn’t come easy and Lana finds herself opening up in ways she wasn’t sure she should in the beginning. “At first, I was scared that people would judge me or make fun of me for the vulnerability presented in my songs,” she begins, “but if they aren’t written from your heart, they don’t turn out well.” She uses this ideology across the board when thinking of her music.

“My favorite songs that I’ve ever written have been the vulnerable ones, and that goes for everyone else too. My most popular songs amongst other people are the most emotional ones as well.”

In her song ‘Be Ok’, one lyric in particular sticks out to TEENPLICITY the most. ‘Please help me escape the embrace of my mind,’ Lana sings in the song. When discussing her favorite lines from the song, she also quotes this. “I think they really capture the feeling that I am trying to portray in the song.”

Do what makes you happy. Always.

When looking back at her music, what sticks out to Lana is the imperfections. “I’m my own best critic,” she explains, though that doesn’t take away from the incredible work she’s accomplished.

In addition to the music video for ‘Be Ok’ that recently released, Lana has plenty still up her sleeve. “I have two upcoming singles that will be released over the course of the next couple months!” she reveals. While she’s not sure of the exact dates at the moment, she does reassure listeners that they will be coming very soon.

Teasing lyrics from one of the songs, she says, “One of my favorite lyrics is ‘Block my name off your phone, cause it makes you feel alone,’ because I think it’s really relevant to how relationships in the 21st century play out, especially amongst teens.”

Looking forward in her career, Lana compares what she would like to accomplish over the next year and the next five years.

“Within the next year, I would love a song of mine to reach one million streams,” she begins. “Within the next five, I want to have fully turned music into a substantial career and potentially win a Grammy.”

For her fans who have been following her along the way and are sure to stay with her for her journey going forward – and hopefully leads to at least one Grammy in the next couple years – she says, “Do what makes you happy. Always.”

You can listen to Lana Chalfoun’s single ‘Be Ok’ on Spotify, Apple Music, and YouTube!