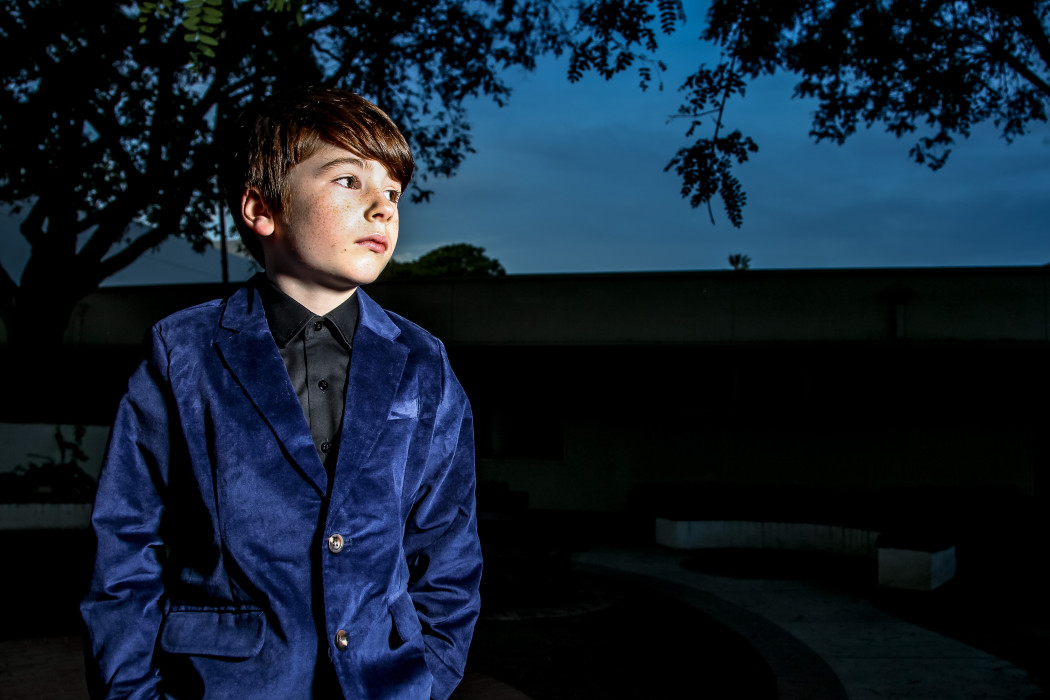 When it comes to describing Paxton Booth, one might find themselves speechless. How can someone best illustrate his intelligence and big heart? Well, there is a saying that feels perfectly applicable to the young star: “Big things come in small packages.”

At just the age of nine, he is already empowering himself by learning about the world around him, cultivating his multiple talents, and concerning himself with many philanthropic pursuits.

His growing knowledge of the world can already be seen as Paxton expresses his desire to create his own fashion line. “There are a lot of options for adults in fashion, but not nearly as many in kids sizes,” he explains about his dream. “It would be great to have more choices for kids that are affordable and fashionable. I love high fashion, but not the price tag.” 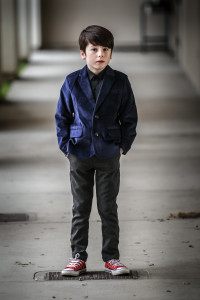 An advocate of “fashion without gender labels,” Paxton intends to incorporate that into his future line as well. “I want all kids to feel comfortable expressing themselves. When kids are picking out their clothes for school, they shouldn’t decide their outfit by what other people think.” In fact, Paxton knows firsthand how scary it is to wear what you want, despite how others may judge you. “I was bullied in school for what I wore, and I don’t want to see that happen to anyone else. I think if clothes didn’t have a gender label then it would help.”

The young actor is already growing confidence in his personal style, partially in thanks to David Bowie, whose music and own standout style has inspired him in what he wears.

He is also expanding the breadth of his fashion influences and is learning more about designers and what he likes. “I just started following Anthony Franco on Instagram. He styles for Brendon Urie and his suits are some of the best I’ve ever seen! He pushes the limits but still keeps it very slick!”

I think if clothes didn’t have a gender label then it would help.

Paxton also has his heart in many philanthropic pursuits like animal rescue, environmental awareness, and working with children that are ill or underprivileged. He hopes that his fans see his interests in these causes and are encouraged to get out and volunteer some of their time as well. “Or maybe just pick up a book and start reading about some of the issues that are around us,” Paxton adds.

One moment from his efforts that deeply affected him happened last Thanksgiving.

“I helped feed the less fortunate at the LA Mission. It was an eye opener.” He explains, “I knew there was a huge homeless issue in LA, but I didn’t realize how big it was. I was really grateful to be able to help and I plan on doing more events like that.”

When he’s not helping out and championing for causes close to his heart, the rising star is on-set.

On his Disney Channel series Coop & Cami Ask the World, Paxton takes on the difficult task of both verbal and physical comedy. For audiences, the act feels effortless as he is able to steal the scene with a simple movement or a witty one-liner that is perfectly delivered.

Paxton portrays Ollie on the show, the youngest of the four Wrather children and the most unique. When Ollie’s older siblings Coop and Cami ask their fans – nicknamed “Wratherheads” – which they would rather see or do, the results often times determine what Ollie will be testing out. This has caused him to fly in the air like a flying squirrel, bathe in a sink full of leftovers, and get stuck to the side of the house. Outside of his siblings’ show, Ollie is pretty quirky and can be found hiding out in large stockings or backpacks from time to time.

It’s also a really cool feeling to push the limits and try something new every time we go to the skatepark.

Thinking of his character, Paxton describes him as someone who says whatever is on his mind. This makes him a really fun character to play, according to the actor. “Ollie doesn’t have a filter!” He goes on to explain how his character finds himself in such peculiar situations. “He is the ‘test pilot’ on the show, so that means I get to do a bunch of really cool stunts.”

His favorite of those is the flying squirrel. “I was actually in a harness and being suspended from the ceiling. Our stunt coordinator had a rope attached to me that he’d pull and I’d fly up and backwards. It was so much fun!” he exclaims. Playing a character that is so outgoing and fearless can be pretty crazy at times. “I’ve had to dig deep and conquer some fears,” he says. “One day I could be flying in the air and the next I’d be sitting in slime. Believe it or not, it wasn’t the heights I was afraid of!” 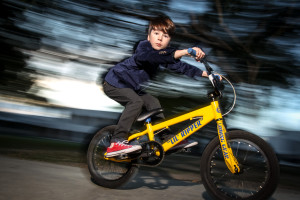 Referencing a certain scene in particular, he explains, “The bathing in leftovers scene was pretty gross. It was real leftovers from lunch the day before. It smelled bad!” Unlike his character who, according to the actor, enjoys the gross stuff, Paxton says, “I’m always asking for a hand wipe as soon as they call cut!”

Paxton’s love for stunts even extends to his love of BMX. He can often be found around BMX bikes when not on set. Riding since he was three, the interest was inspired by his dad. “My dad was the editor of a magazine called BMX Plus and he has been riding his whole life.” Once his dad got him riding, they haven’t stopped since! Being able to spend so much time with his dad is his favorite aspect of BMX. He adds, “It’s also a really cool feeling to push the limits and try something new every time we go to the skatepark.”

Though they both love doing stunts, the true similarities between Paxton and his character lie at Ollie’s core. “Ollie and I both love our families and would do anything to help them.”

Recently renewed by Disney Channel for a second season, Paxton already has an idea of what he’d like to see. “I’d love to learn a little more about Ollie. Maybe we could see what his room looks like?”

Coop & Cami Ask the World fans have a while until season two even airs but thankfully audiences still have plenty of season one to enjoy before the hiatus.

“We have some familiar Disney faces guest starring in some upcoming episodes!” the actor teases about what can be expected.

Would you rather spend a day with Ollie or eat spaghetti for every meal for a week?

PAXTON: I’d love to spend the day with Ollie! I’m sure we’d get into some trouble, but have fun doing it!

Would you rather walk on your hands for a day or wear your parents’ old clothes to an awards show?

PAXTON: Walk on my hands for sure. I need to be in my own style at an awards show!

Would you rather have a character from another show guest star on Coop & Cami Ask the World or have your character Ollie make a guest appearance on another show?

PAXTON: I’d love to see Ollie on Bunk’d. Ollie in the wilderness without any adults around could make a really fun episode!

A new episode of Coop & Cami Ask the World premieres Saturday, March 2nd at 10:30AM on Disney Channel!

“Safe” is not a word that commonly describes acting. The trials and tribulations of auditions, with more ‘No’s than an actor can shake a…