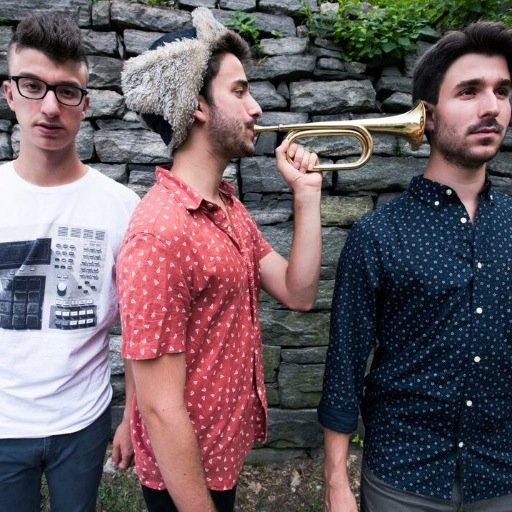 Over two years and nearly 15 million YouTube views after the release of their song “I’m Ready,” AJR is ready to shake up the world of music again with their newest single “Let the Games Begin”.

The band, consisting of three brothers, is known for their unique and quirky sound. Their music is refreshingly new, combining original music and lyrics with samples from SpongeBob Square Pants to a bugle. AJR creates such an interesting sound that it leaves people craving for more.

Often being told that their music cannot be put in a specific ‘lane,’ “Let the Games Begin” is no exception and lets the band continue with its individuality in the music industry.

Teenplicity got the chance to speak with one member, Ryan and talk about the new single, the process of songwriting, and what is to come in the future.

On the construction of “Let the Games Begin,” twitter fan Danielle (FanofAJR) asked how the group came up with the concept.

Ryan explained, “At one time, it was more of an Irish feeling and then it was more, kind of, dance-y feeling. Everything was kind of circling that line.”

How exactly did they move past all of that and to the current version that fans know today?

“We were playing around, I think Jack was on the sample machine just playing around with different samples, and we found this horse racing bugle melody that’s just engrained in everybody’s head. So, we put chords under it and worked it into the song. Then we kind of realized, let’s not call it ‘People Person,’ let’s have that be a certain section! Let’s call it ‘Let the Games Begin’ and make it a sports thing!”

As he spoke, Ryan was reminded of another AJR song. “It’s actually kind of similar to the way ‘I’m Ready’ came about because with ‘I’m Ready,’ we had each different section. We had the ‘I know what’cha thinking’ and I knew I wanted to put that in a song. Then Jack came with the SpongeBob [Square Pants] and we knew we wanted to put that in and just smushed it all together into a catchy pop song.”

Recently, fans got the chance to take part in the music video for “Let the Games Begin”. AJR informed fans that they could sign-up to participate in the video over various social networks and the response was large. The hype from the shoot as well as the new great response from the song has fans on edge to see the video.

“The official video, we don’t have a date yet,” said Ryan. “It’ll definitely be within the next month or two.”

When Teenplicity spoke with Ryan, they had finished the last part of shooting the music video much earlier that morning. “We actually filmed a certain scene a couple of weeks ago and then we filmed the last footage last night at 3AM. We were shooting all the performance footage last night.”

The music video itself, however, is not what is to be expected.

“in this situation, part of the lyrics came first, then the sample, then the lyrics ‘Let the games begin’ because we needed it to relate to the sportiness of the sample,” said Ryan of the writing process.

Picking a favorite lyric from the song was not the hardest thing Ryan was asked. “I really like how the ‘People person’ line sings,” he said immediately. “I like how it’s ‘I’m gonna be a people person in a room of people people. Imma keep on…’ I like that kind of internal rhyme.” Taking a moment to sing through the verses in his head, Ryan then added, “I like the ‘A.M. Lovers’ line. The verse took us a really long time to do. The verse was the last thing we were able to write. We were in Costa Rica on vacation and we were swimming in the ocean, throwing out different verse ideas, and one of the last lines to come up with was the ‘A.M. Lovers’ thing.”

Ryan had been working on music in his Columbia University dorm room when he took a break to talk with Teenplicity. “I have the whole setup here so I’m going to be working on a bunch of new songs,” he said. While at Columbia, Ryan studies film. “I found what interested me most was film. So, I’m majoring in film. I think it really helps with directing music videos! It can all come back to help AJR!”

Due to school scheduling, the next tour AJR will be participating on will be in late December with Sammy Adams.

As far as hearing the new music, it may be a little while longer. “Definitely within the next two months. We’re trying to figure out the best way to do it: if we should do an EP or a series of songs the way a lot of people are doing right now. But yeah, we’re just so happy with the reaction of ‘Let the Games Begin’. We’re just pumped to keep putting out new music.”

Since the last time that AJR released music, the group has grown a lot.

“This past year has been a lot of us figuring out ‘What is AJR?’ Like, the first album, I think we really just wanted to experiment and go crazy with how diverse can we make these songs sound all made in the living room?” Ryan explained. “And then, with this, we’re kind of focusing in on our favorite part of what we were able to capture on ‘Living Room’ basically. We really wanted ‘Let the Games Begin’ to encompass that. We wanted to have the Frankie Valli drop with the spoke-steppy bridge and a lot of hooks and clever lyrics. Just kind of combine all the things we liked about ‘Living Room’ into one song.” 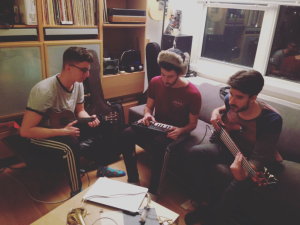 “I think the most difficult aspect is when you’re making a song like [‘Let the Games Begin’], we’ve realized that what makes AJR unique is that within one song, there are a lot of different sections that kind of go all over the place and we keep making left turns when you don’t expect it,” said Ryan of the obstacles the group faces when creating a song like “Let the Games Begin”.

“That’s something that we’re really proud of. And what comes with that is it gets really difficult. There’s a fine line between a cool song that takes a left turn and a song that’s all over the place that has no kind of unity. That’s the hardest thing. We’ve gone through a lot of songs that it’s just so all over the place that you can’t even remember what you’re supposed to sing for the chorus, you know?”

AJR has faced opposition in the music industry, partly because people are not able to place them in a certain ‘lane’, a statement that AJR feels success from. They receive comments like this because of their unusual approach to music, a factor of individuality that has helped them succeed.

Teenplicity asked Ryan if he ever got worried that the band would lose that spark of individuality that AJR is known for.

With a laugh, Ryan said, “Am I worried? No, I’m not worried.” Ryan continues on to say, “I think we’ll keep growing. With every song we do, we learn a new facet of what we like to do and what AJR’s sound is. I don’t feel worried.”

“I feel like it’s nice to have the three of us. I do most of the writing and production but we wouldn’t have the songs that we have now if it wasn’t for Adam and Jack. It’s kind of a checks and balances system,  like ‘Oh, that doesn’t sound like AJR!’ or ‘That’s too all over the place!’ so I think the fact that we have all three of us, we’re gonna kind of know exactly what our sound is and what fans are gonna vibe with,” he elaborated.

With over two years under their belt since their music video for ‘I’m  Ready,’ Ryan goes silent for a moment to reflect no this past year.

“I think we’ve all grown a huge amount. Before ‘I’m Ready,’ we never really travelled anywhere. And we just spent the last two years traveling all over the country and to Australia and the UK and stuff.  I think you just grow a lot when you get to see other cultures. And it kind of humbles you.”

Thinking of the fans that AJR has accumulated since the beginning, Ryan had this to say to the fans:

“We are just unbelievably grateful that you guys have stuck with us! We haven’t put out new music in a while. We haven’t had a song on the radio in like a year and we’re just so excited about the reactions to “Let the Games Begin”. THANK YOU GUYS FOR YOUR SUPPORT!”

Last year, when I talked with singer-songwriter Alex Weksler over the phone, it was a warm day in July that the Baysider was taking…