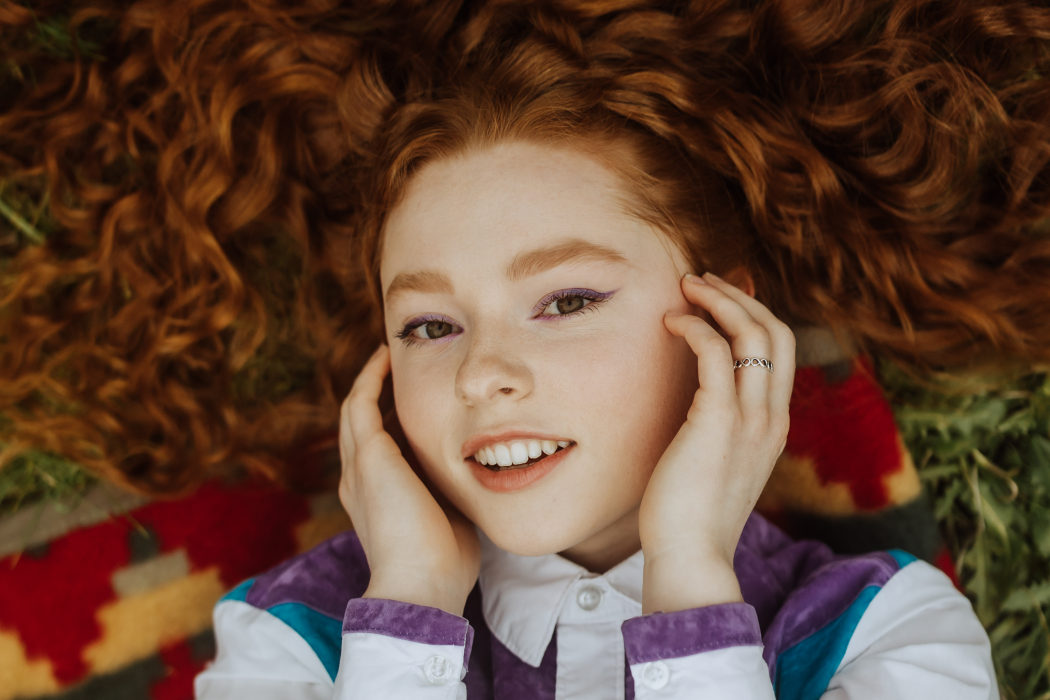 One important less talked about, aspect of growing up is how it affects the relationships in your life. While some relationships grow together and get stronger, others grow apart.

Firefly Lane explores this through the relationship between Tully and Kate in the second season of the Netflix series.

When Tully is forced to move in with her grandmother a town over due to her mother’s arrest, the girls start to drift. They are both living completely different experiences from the other and it highlights the cracks in their friendship. When one fight, in particular, leaves the girls no longer friends, Kate attempts to fill that void with a new friend, Lisa-Karen, played by actress Kyra Leroux.

Unlike the other points in the show when the girls’ fragile friendship is tested by boys or family, their bond is put to the test in a love-triangle of friendships between the three characters, Lisa-Karen the interloper.

“People hate Lisa-Karen and it makes me so happy!” Kyra says of audience reactions to her character. “Lisa-Karen is one of those characters that you hate so much that you kind of have to love.” She continues, “A lot of people have been able to relate to Lisa-Karen in some way, whether it’s her difficulty making friends, her awkwardness, or her aggressively type-A personality. I hope everyone can find something in her to empathize with.”

Of being part of one of the few conflicts centered on friendship in Kate and Tully’s relationship, she says, “It was really fun for me to get to stir the pot between Kate and Tully! I did my best to annoy Tully as much as I could on-set, even though me and Ali [Skovbye, ‘Tully’] (and Roan [Curtis, ‘Kate’]!) love each other in real life.” She notes that this isn’t too uncommon a problem amongst friends. “Unfortunately, I think every girl has dealt with problems between their friends, mean girls, and betrayal, so it was cool to be that first big experience for Kate and Tully.”

It was very inspiring and empowering. 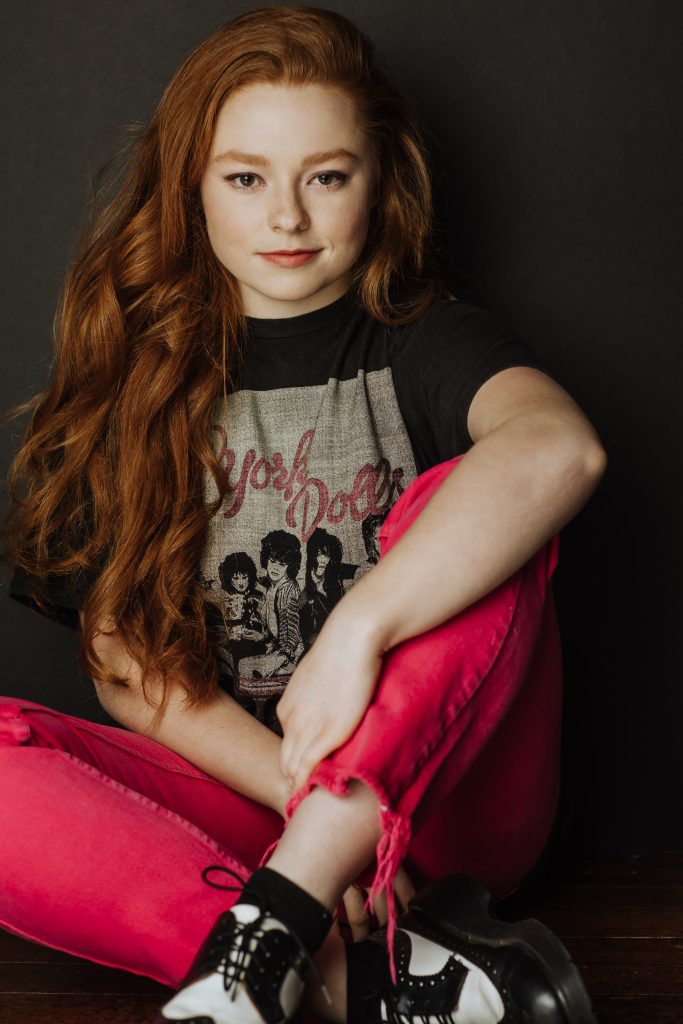 If faced with a similar situation, Kyra offers some advice. “Be kind and stand up for yourself! If Lisa-Karen had been kinder to Tully, I think all of their lives would have been made a lot easier, and they could have even all been friends in the end!”

It would have made Kate, Tully, and Lisa-Karen’s time as co-workers much better, or at least not as bad. Discussing her character’s mindset as Kate and Tully’s manager, Kyra says, “When I think of Lisa-Karen, I think of the phrase ‘My way or the highway’ because she definitely likes things done her way! Lisa-Karen is very particular, she has very high standards, and she cares so much! So to be managing someone like Tully, who clearly doesn’t really care about her job, is very frustrating. Lisa-Karen could definitely afford to be a little kinder and more patient!”

What is particularly interesting about Firefly Lane is the way the story gets told. While the main storyline follows adult Kate and Tully (set in 2004), the show regularly uses flashbacks throughout their lives to explain how the two of them got to the point they are at, with a tattered friendship. Lisa-Karen plays a big role in not only furthering the rift between the two friends, but her presence also brings them back together.

Being on a show that explores multiple times in characters’ lives, Kyra shares that the biggest preparation she did for her role was to watch the first season. “That gave me an idea of the tone of the show and what kind of energy I should bring,” she says. “Next, I really developed Lisa-Karen’s backstory. It’s really important to me with mean characters to understand why they act the way they do.”

For Lisa-Karen, it comes from a deep insecurity, according to the actress. “Seems she never had a best friend before! And she’s been bullied her whole life. So when she finally gets a best friend, she feels like she has to hold on really tight to keep her, and she isn’t so good at sharing!”

Another way Firefly Lane set itself apart from Kyra’s other work is the set. “The Firefly Lane set is very female-forward! It was amazing to work on a set that is so heavily directed by women in a show about a female friendship. It was very inspiring and empowering,” she says.

It comes as no surprise then when Kyra recalls her favorite memories on set being eating lunch with Ali and Roan in Roan’s trailer. “The three of us talk about anything and everything,” she adds.

When Kyra leaves Firefly Lane and takes a trip over to the town of Riverdale, it’s to return for the hit CW show’s last season. “I can’t say much but it’s set in the ‘50s! The fans will enjoy the nod to the original comics,” she says.

The actress originally auditioned for the character of Britta when the idea had been a much smaller role with only a few appearances. Instead, the writers expanded the role from its original conception to multiple seasons.

“When I first booked Riverdale, all we really knew about Britta is that she loved football! Now, we’ve seen her do everything from sing, dance, work in the mines, perform spells, walk through the dreamscape, and I’m sure I’m missing something!” says Kyra. “It’s been really cool to see Britta grow and mature over the past few years as I have. She’s definitely less hot-headed than she once was. And a lot more confident in herself! It’s been amazing to see how she comes to accept her sexuality and, in turn, accept herself.”

She reveals that sometimes she’ll whisper what she wants to happen to the writers but acknowledges that she doesn’t have any real control. “I want to see Britta and her girlfriend’s relationship grow!” she answers when asked what exactly she’d like to see happen in the show’s final season. Kyra adds, “Fun fact: the girl who plays Britta’s girlfriend is also named Kyra but she spells it a different way.” 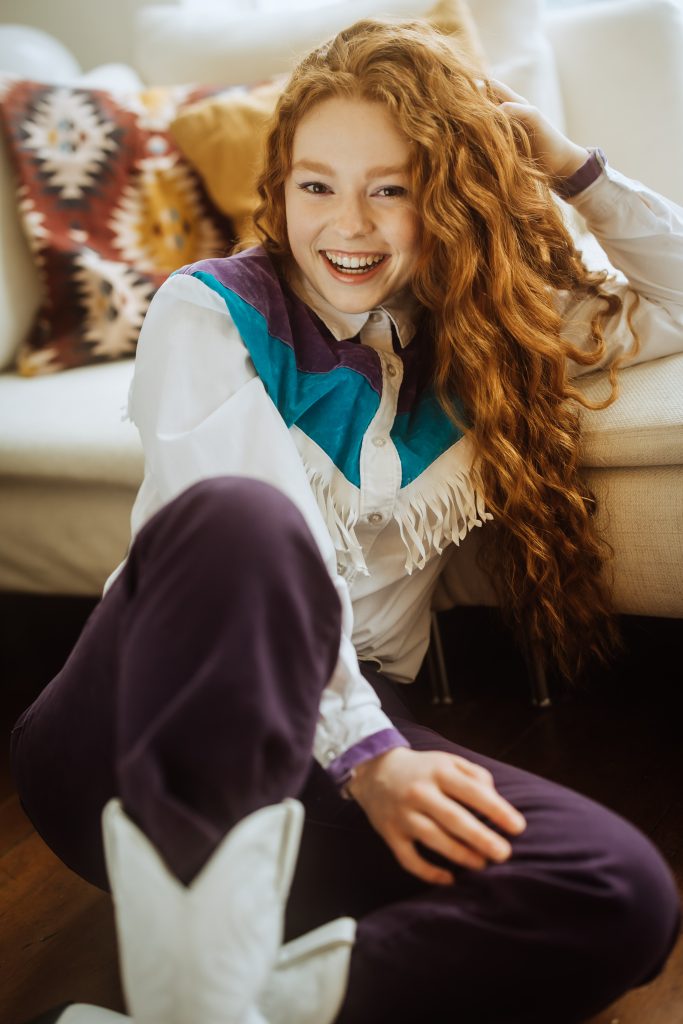 Who knows where life will take me! I’m going to keep working hard and letting things flow.

Given her character’s original short run, the actress finds joy in getting to further develop Britta over time.

“It’s so much fun to experience someone’s growth at the same time as you experience your own. I love being able to bring new things I’ve experienced in my own life to the character!”

Discussing her favorite aspect of being on the set of Riverdale, Kyra shares her love of the show’s unpredictability. “Every time I read a new script, I’m surprised by the exciting things I get to do. I also love the people I work with; the crew is so much fun!” she exclaims. “We have lots of good laughs.”

However, there is probably nothing more unpredictable than life.

For Kyra, the world is her oyster.

“I want to do everything!” she says when asked where she sees her career in five years. “I want to be on Broadway, I want to star in my own show; I want to work on a more grounded, grittier indie movie. Who knows where life will take me! I’m going to keep working hard and letting things flow.”

Since there are no limits to what she can dream for, TEENPLICITY asked Kyra what Broadway musical, past or present, she’d love to star in and what role she’d want. “Jenna in Waitress!”

Until that happens, Kyra will continue to be gracing the screen and stage, sometimes simultaneously. When switching between very different formats, tools, and more while acting, you can expect her to be giving it 100%

“The biggest thing I take with me, whether I’m working on stage or screen, is to give my full commitment to every character I play.” She continues, “Lisa-Karen was definitely a lesson in this, as she takes herself so seriously! One of the biggest things I’ve learned is that if you believe yourself, other people will believe you too.”

In keeping with the holiday spirit, TEENPLICITY asked Kyra Leroux to answer a few themed questions. Read what she had to say below!

TEENPLICITY: Do you prefer a cold holiday season, or one spent in warm weather?

KYRA: Tough choice but it’s really snowy in Vancouver right now and it looks so beautiful outside!

KYRA: It’s so fun to give presents! I would love shopping for other people.

TEENPLICITY: If you were to do a Secret Santa with some of your characters – Lisa-Karen, Britta, and Anne – who would be the first to reveal who they got?

KYRA: Anne without a doubt!!

Part One of Season Two of Firefly Lane is available to stream on Netflix!

*This interview has been edited for length and clarity.

Through Disney’s vast and magical lore, very rarely does the focus shift to that of someone not entitled to the throne. In their long…