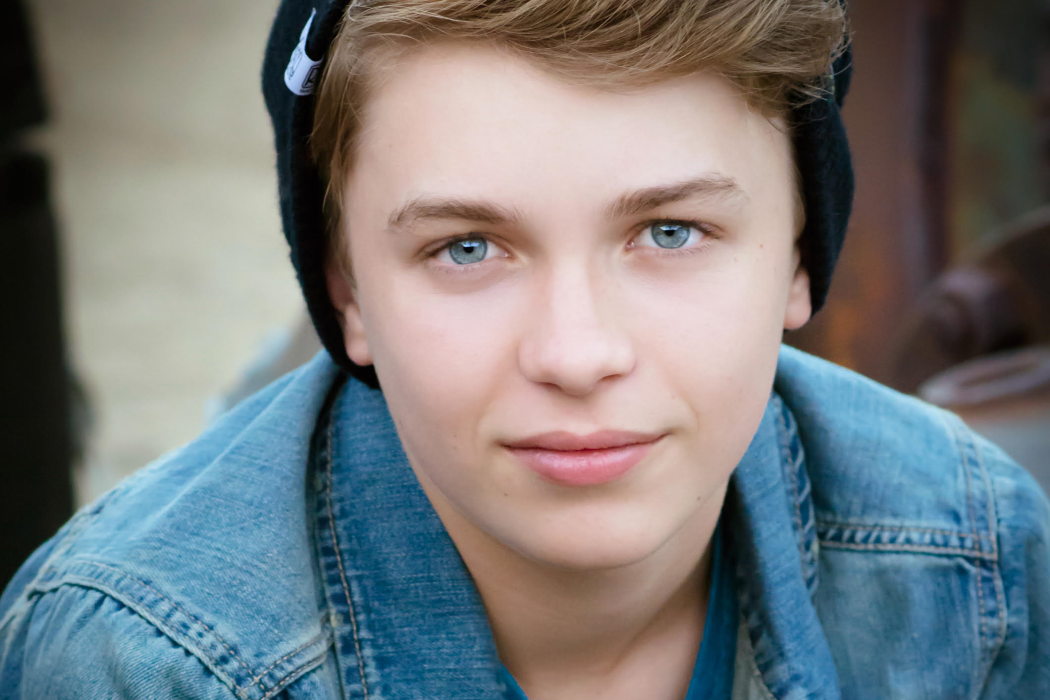 One of Cartoon Network’s most popular series is “The Amazing World of Gumball,” which follows a 12-year-old cat Gumball and his goldfish brother/friend Darwin through their crazy adventures in the fictional city of Elmore.

13-year-old Jacob Hopkins’ chance of a lifetime was to voice Gumball. It was practically a dream come true for Jacob. “I was super-duper excited! My mouth dropped like 20 feet and I let out a big ‘YES!!!’” he recalls of the moment when he received the news he got the role.

Thinking back to his first days recording, Jacob relates it to voicing a favorite cartoon character! “It was mind boggling,” he says, “but I was very focused and excited!”

On playing the title character, Jacob admits, “It’s pretty gosh darn ‘amazing’ if I do say so myself!”

Jacob has had to voice many lines for the lovable and popular character of Gumball. Choosing his number one, absolute favorite line was difficult so he shared one of many favorites. “In the episode ‘The Name’, Gumball has an alter ego named Zach. My favorite line from that episode is: ‘Zach doesn’t wait for doors to open for him, he punches right through them. Well, metaphorically of course.’”

Jacob, well known for his role on the live action television show “True Blood” doesn’t find any troubles switching from in front of the camera to voiceover. “Even though it’s work, I just really enjoy what I do and love anything that may be challenging about it.” That’s most likely the reason why Jacob doesn’t have a preference over which medium he enjoys working in most. “I love them all!” he says.

In instances when Jacob is in front of the camera, like his current reccurring role on ABC’s “The Goldbergs”, there are some things he has to remind himself of.

“The funny thing is, because Gumball is such a fast talking cat and I record every week. I sometimes have to remember to slow down my speech when I work on camera,” says Jacob.

For fans that want to see Jacob showcasing his talents in front of the camera, he’s currently on a film slated to premiere in late 2016 titled “Middle School: The Worst Years of My Life”.

“I play the tough, bad boy Miller,” reveals Jacob. “Miller gives the protagonist Rafe a really hard time in school. He’s someone you don’t want to mess with and the rest… well, you’ll have to see the movie!”

With everything that Jacob has been able to achieve in such a short amount of time, he has stayed humble and grateful. He says, “I think I’m always learning as an actor, and I just am thankful for all I’ve learned and the opportunities I’ve received.”

There are quite a few things that Jacob hopes to accomplish in the future. “I would love to voice an action anime character with super natural powers!” He also reveals that he would love to work with Will Ferrell. Jacob says, “I think he’s hilarious!”

One piece of advice he shares with his fans, that is very apparent he follows himself, is, “Always stay true to yourself!”

“The Amazing World of Gumball” is airing on Cartoon Network now and keep an eye out for “Middle School: The Worst Years of My Life” out later this year. Follow Jacob on Twitter for updates and more at @HopkinsJacob5!