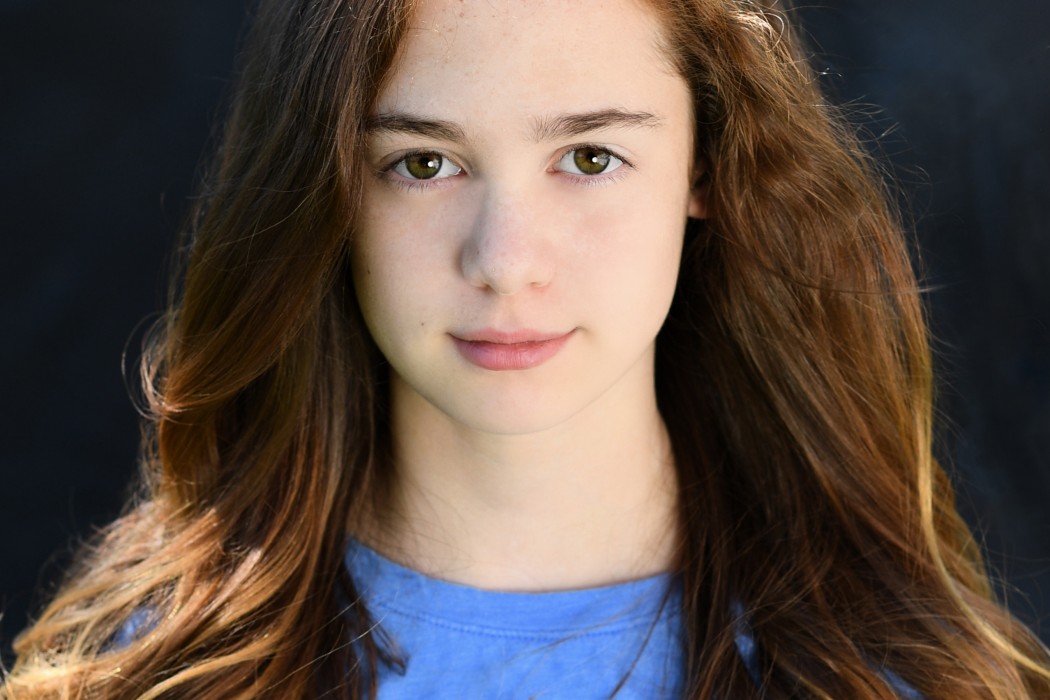 Young actress Ripley Sobo reviews season one of Netflix’s “The Punisher”, what she hopes for season two, and her favorite holiday memories.

SPOILERS FOR SEASON ONE OF “THE PUNISHER” BELOW

For Netflix, arguably their most anticipated series of 2017 happened to be “The Punisher”. Frank Castle, known as the titular character by many in the show, was introduced to fans through the second season of fellow Netflix original series, “Daredevil”. Taking on the mantle of his own show, fans are able to enjoy more of Marvel’s ever-expanding universe with the addition of interesting new characters.

Ripley Sobo, who portrayed Matilda in the Broadway musical and appeared in the blockbuster Batman v Super: Dawn of Justice, adds a unique element to the action-crime series. “The Punisher” is possibly the darkest show on Marvel’s slate due to the content and background of the title character. That didn’t scare off it’s fans who eagerly awaited and crazed over the announcement of the airdate.

“It has to be the dogs,” Ripley says, thinking of some of her favorite moments on set of the series, the positive and light environment behind the scenes a stark contrast to some of the very violent scenes that took place in front of the camera. “Jon [Bernthal], Jamie [Ray Newman], and some of the crew would bring their dogs to set. I love animals. I would love for the Lieberman’s to get a dog!”

Before that, the Lieberman family with all to deal with the repercussions of Frank’s introduction into their life and the reemergence of Micro, Leo’s father who was believed to be dead.

If they see each other again, it would be a happy reunion. I hope they get the chance.

Described by the actress to be a smart, courageous girl, who loves to read, she explains that her character Leo is also confident and mature, though Leo’s maturity oftentimes leads her to be like the adult in the family. It is this aspect of her character that will help her to deal with the major changes that occurred.

“She thought her dad was dead for a year! She sees her mother and brother abducted. She runs scared for her life. Those events are going to make her stronger,” Ripley says of how the events of season one will affect her character going forward. “She’ll have an innate desire to make things right. Both male influences during season one were doing what they thought was right. I think that’s going to shape who Leo becomes.”

Reflecting back on season one, the young star recalls the flashback of Leo as a normal kid with a loving family. “Then, something bad happens and she’s sad, scared, and stressed. She doesn’t trust anyone.” However, her journey comes in the form of her learning to trust again, according to Ripley. “To rely on someone to be there for her,” she adds.

With her father gone, that person starts to become Frank, or Pete as she first knows him to be. “Her dad is her idol. He’s everything she wants to be. Frank is helping her find herself again.” Comparing the two relationships, she concludes that their similarity lie in that she eventually trusts both of them.

Personally, Ripley’s favorite relationship concerning Leo is the one she holds with Frank.

“From their first encounter, the two of them have a connection. There’s chemistry between them,” she explains, “they’re both looking for someone to trust and care about.” Where Frank lost his daughter and wife, Leo seemingly lost her father. “[Because of their losses] it’s kind of meant to be. I really loved working on that.”

The relationship is one that caught the attention of viewers, in addition to Ripley’s performance as the young genius, and many are waiting to see if the pair will reunite. Season one left off with Frank refusing to join Micro and his family for dinner, instead focusing to better himself through a veteran’s support group.

You learn a lot from each director. It makes you a better actor if you’re open to it.

“The last time they see each other, Leo still adores Frank,” says Ripley. “She may be a little scared of him, but she still sees who he is inside. If they see each other again, it would be a happy reunion. I hope they get the chance.”

The reunion now has a better chance than ever of happening since Netflix renewed the series for a second season just earlier this month. “We just have to wait and see what the writers come up with,” the actress says about what she thinks could happen in season two. “Whatever it is, I know it will be great!”

Ripley admits to Teenplicity with a smile that she always wanted to be a superhero, a storyline she’d be interested in seeing her character take on as well. Having fixed the garbage disposal and her mother’s headlight with the help of Frank, maybe Leo could become a self-made superhero as she gets older.

For the time being, the actress compares how alike and different she is compared to her character.

“I’d like to think that I’m smart and mature. Both of us have a lot of responsibilities. She’s a good student taking care of her family and I’m working and going to school.” Their differences lie in the fact that her character is much braver than she is, according to Ripley. “I don’t know if I’d have left the house,” she says, referring to the kidnapping of Sarah and Zach towards the end of the season. “I’d still be hiding under a bed.”

When thinking of the moments reading the script as she filmed season one, she reveals that several times she read parts of the script and it shocked her. “I think a lot of the same ones that shock fans,” begins Ripley. “When [Lewis Webber] turns bad and when [Billy Russo] kills [Sam Stein]. I was shocked.”

Her time on “The Punisher” has taught her more than just the art of shocking twists.

I’m always trying to find a way to help.

“I learned I love stunts!” Ripley exclaims. “I also learned how doing a full season is like doing a movie. You spend a lot of time with everyone and it becomes a family.” She also loved the fact she got to work with a different director on each episode. “You learn a lot from each director. It makes you a better actor if you’re open to it.”

One thing Ripley is not open to is spilling any details on what’s currently keeping her busy. “I’m working right now,” she confesses. “But I can’t say anything about it.”

In the midst of the holiday season, Ripley reflects on her favorite holiday memory, which actually involves Easter.

“On Easter morning, we’d wake up and the Bunny would have left a scavenger hunt.” She described the scavenger hunt to be one where her family would have to answer questions pertaining to math, colors, spelling, or something else educational. “If we got the answer right, we got a clue to find a gift.” She says, “It would take us more than an hour to find the questions and clues. I loved it!”

With another major holiday around the corner, New Year’s Eve just days away, Ripley reveals that her family doesn’t do New Years resolutions.

“My parents say you don’t need January 1st to make you do something right. If you want to make a change, any moment is the right moment,” explains the young star. “So I’m always trying to find a way to help. I’ve been trying to help an effort of #Girl4Girl support.”

Discussing the hashtag, she describes it as, “Instead of girls pushing each other down, we should support one another and help each other.” The inspiration comes from Chelsea Handler at a Teen Vogue Summit they both attended. “[Chelsea] said something like, ‘You don’t have to be friends with every girl, but you have to be a good sister to those girls in your life.’ I think that’s really important.”

“The Punisher” is available to stream on Netflix now!

Be sure to check out “The Punisher” co-star Kobi Frumer’s interview with Teenplicity here!

For Genneya Walton, the role of a lifetime came with the Netflix mini-series Project MC2. The show follows four girls as they are recruited…