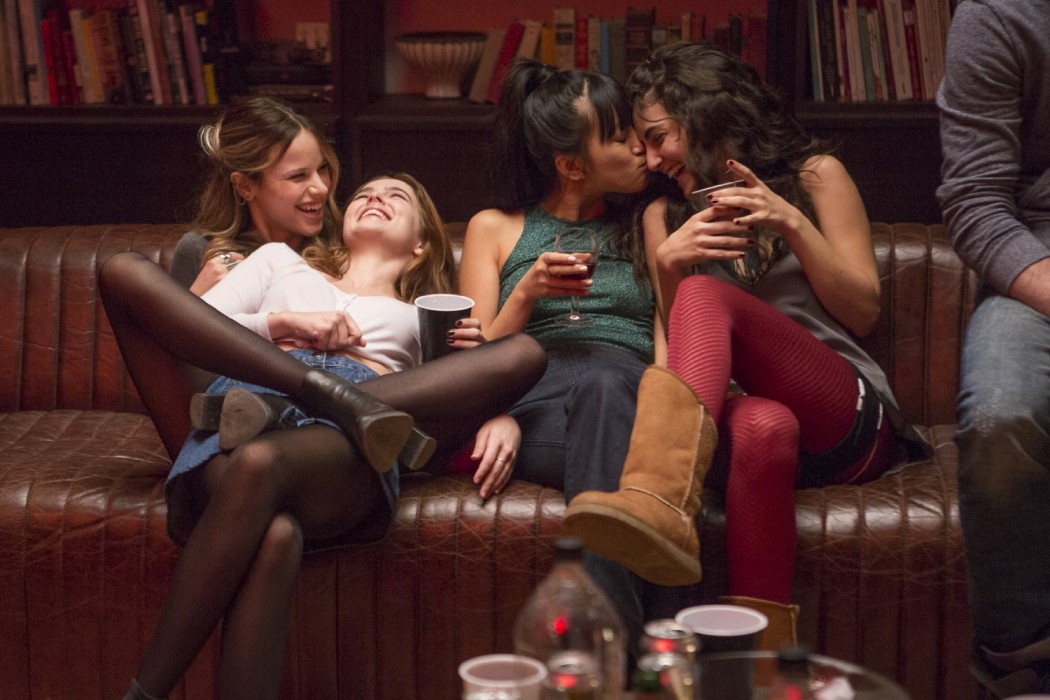 The newest YA adaptation finds itself as an interesting mix between Mean Girls and Groundhog Day, with a stirring performance by Zoey Deutch and an emotional screenplay by Maria Maggenti.

For Samantha Kingston, February 12th was supposed to be a day of fun with friends, gathering as many roses from admirers as possible, and entering into “womanhood”. Instead, she experiences her death, only to wake up the next morning to find that she’s reliving the same day again. Perhaps it was just a really graphic nightmare. Or perhaps an oddly surreal feeling of déjà vu. That’s what it feels like Sam is thinking as she goes through the motions of the day in a state of shock. She is quick to realize that no matter her actions, she will wake up once again on February 12th after she falls asleep.

What had started as any other ordinary day has transformed into Sam’s personal hell.

A danger that many films run into when using a classic trope like that of ‘Groundhog Day Loop’ is that it can become tedious and boring. Watching the same character, especially one you don’t even care for at first, living the same day over and over again can lose the audience fairly quickly if not done right. However, Before I Fall refuses to let that happen.

The film, with its scenes aesthetically pleasing and its music ear-catching, finds the greatest strength in the performance of Zoey Deutch, who plays the main character Sam, and the screenplay.

Initially, Sam and her three friends feel like stereotypical mean popular girls, especially with Halston Sage’s Lindsay giving the feel of a more blunt and edgy Regina George. It’s because of this that when they experience the horrifying car crash that should have permanently ended their lives, the audience is left with little care that it happened to them. And that is where the magic of the film starts.

Deutch’s performance allows the audience to join her on this emotional journey and relate to the conflicting feelings she is experiencing. Every gasp, every groan of frustration, every laugh – it’s easy to understand and sympathize when Sam has reached her wits end and gives up at one point; it’s easy to feel a tugging at your heart every time Sam is overcome with emotion as tears well up in her eyes. Nothing about the performance feels overdramatic nor understated. It solidifies an idea that Deutch is a star on the rise. The humanity she is able to bring to her character is what drives the film to succeed.

Taking the audience down this winding path and watching as Sam rediscovers and reinvents herself each day gives them a reason to actually care for what her fate will be by the end of the film. 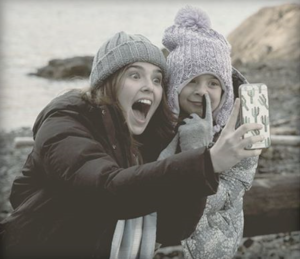 One of the greatest relationships to watch develop throughout the film is that between Sam and her family. It plays the image of a disgruntled teenager distant from her family until she begins to appreciate them in her life, seeing that who she is to others is not what how she’d want them to feel. In fact, besides the scenes where Deutch’s solo performance captures the screen, some of the greatest moments include watching the changing relationship between Sam and her younger sister Izzy [Erica Tremblay].

Despite this, the flaws lie in the lack of depth for many of the other relationships viewed on-screen. Deutch’s character shows a clear moment of hesitation near the beginning of the film before she falls to peer pressure and mob mentality and ultimately bullies Elena Kampouris’s Juliet. When she begins to realize the kind of people she hangs out with, the love Sam explains she has for her friends near the end of the film doesn’t feel satisfying enough as to why she’s friends with someone like Sage’s character.

The film also feels like it pushes Sam’s main romantic relationship too much. While it felt obvious that things were doomed between Sam and her first boyfriend, the following romantic relationship feels, not only rushed in terms of the surrounding characters universe, but also in that a few snippets about childhood that were discussed seemed to be a good beginning for a rekindled friendship, not yet ready to take the next step.

Cynthy Wu’s character Ally mentions near the beginning a belief that everything in the world is connected. She brings up the idea that a flock of birds flapping their wings in South America could cause a huge storm in North America. It is a central point of the film that plays out well for the most part, though through all of her do-over days, there is one aspect that takes Sam a frustratingly long time to take notice of.

However, the idea still stands. And with everything Sam discovers about these connections, the audience will be left wondering about how the various relationships in her life will be affected by them. Will they make a turn around? Will they change anything about how they treat others or appreciate those in their lives?

Regardless, the overall presentation is remarkable. Where other YA adaptations like If I Stay failed to keep the audience enthused with the on-screen story, Before I Fall acknowledges the young adult audience it has garnered, the story it must tell, and how to do so in a compelling way. With scenery that is breathtaking and adds to the film instead of trying too hard, it is easy to be whisked away, Deutch’s performance highlights that she is a star, and despite the flaws it may have, Before I Fall proves itself to be a breathtakingly human story that expresses the ideas that every action has a reaction, what you say and do – or don’t say and don’t do – can affect others in a way that’s unimaginable, and that time is precious for you don’t know if there will be another tomorrow.

Be sure to catch Before I Fall when it comes to theaters on March 3, 2017! 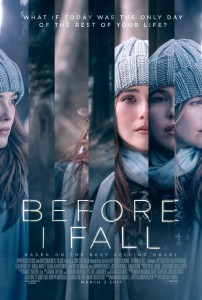 Sara Thompson on “Burden of Truth”

Sara Thompson reflects on season one of “Burden of Truth”, discusses her role in horror film ‘I Still See You’, and teases about her next film ‘Homecoming’.