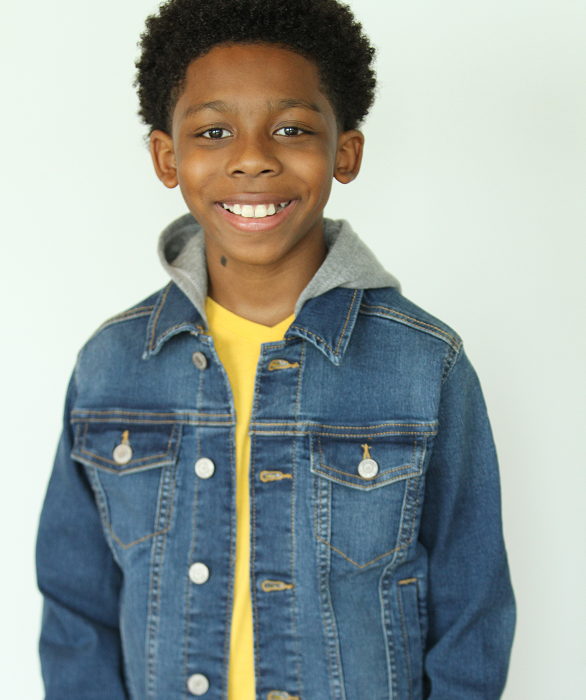 Though only three episodes into the series, HBO’s Lovecraft Country is already leaving a mighty impact on audiences. Starring Jonathan Majors, Jurnee Smollett, and Courtney B. Vance, and produced by Jordan Peele and JJ Abrams alongside creator Misha Green, the series tells of a man who, after serving in the Korean War, journeys in search of his missing father with his childhood friend and uncle, all the while facing the horrors of life that are both real and straight from science fiction.

The show’s plot is explored through episodic entries rather than a serialized storytelling viewpoint. Each horror that is faced is conquered or understood by the end of each episode.

Chase Brown’s first episode in the series comes this Sunday, September 6th, when audiences finally get a glimpse of Atticus – or Tic as his adult self is sometimes referred to as – in the midst of his childhood, experiencing life with his father.

The young actor’s first interest in the series came from its exclusive network. “The fact it’s on HBO,” he says when asked what attracted him to the role at first. “It’s also produced by some great producers. The show also has some pretty big actors in it as well.” 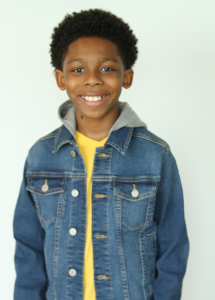 Describing the series in his own words, he says, “I would describe Lovecraft Country as a thriller! A journey that you must watch as Atticus Freeman travels to find his father.”

While his older counterpart, portrayed by Jonathan Majors, is on this expedition, Chase’s younger version is simply a regular kid living in 1934. “It really was not a challenge to capture young Atticus. I just had to change my look and style,” he says of what he had to do to get into his character’s headspace. “Young Atticus is a skinny kid with glasses,” he goes on to say, explaining that a majority of his time is with his father, whose secrets later in life create a rift between father and son.

“The difference is the 1950s Atticus went on a journey looking for his father [meanwhile] 1934 Young Atticus has great memories with his father.”

Acting is an art that can reach people.

Atticus’ father Montrose Freeman is portrayed by HBO staple Michael Kenneth Williams. Filming with the revered actor was one of Chase’s favorite memories from set. “He was really nice, and he followed me on Instagram,” he says. “I spent most of my time with Michael K. Williams on set.”

The young actor goes on to say of his first major role, “It was my first time on a TV set so seeing everything was pretty cool.” It is also a boost to have such a well-known and talented team producing the series. “It was great being a part of this project and awesome being part of anything they produce. It was a great first TV set experience. It is a humble start that I am grateful for and will remember.”

The themes within Lovecraft Country are not only reflective of the time periods it takes place during, but also a mirror image of today’s day and age. It shows how, despite all the time that has passed and the work that social activists, especially those in the Black community, have put in to get the recognition, respect, and equality that they deserve, the monsters that try to hold them back or push them down are still very apparent, just wearing different masks.

“I view Lovecraft Country as a great watch for everyone. It’s going to hit on racism and the Jim Crow era,” Chase says of the show’s aspects. He adds, “But also because there hasn’t been much to do outside of the home, it is the perfect show to watch on TV.”

When asked what kind of impact he hopes the show has on its audiences, especially in such a revolutionary time as now, Chase says, “I just hope it shows how racism is bad and something we must overcome. I just hope everyone can learn to treat everyone with respect, kindness, and equality no matter a person’s race and that this monster called racism goes away.”

The young actor continues, “I hope that others gain [from the show] that we must be kind and respect each other.”

All of his experiences filming for Lovecraft Country have taught him also about his career and what he hopes for it going forward. “I learned that acting is fun,” he says. “It’s really cool and it’s something that I want to continue to do. Acting is an art that can reach people.”

The HBO series is surprisingly only Chase’s second foray in the industry, his first being the Tyler Perry series, Ruthless. However, the roots of his passion for acting date back to when he was even younger and getting involved with programs at his school.

“When I was really little in school, I was always picked to say long, long speeches,” he says of what initially interested him. “Watching actor’s expressions was also interesting to me when I watched TV. So my mom felt it would be a good idea for me to try acting.” Though he’s still just at the beginning of his sure to be lengthy career, the actor already has a few favorite things about acting. “My favorite aspect is meeting new people. Also getting to travel to places I’ve never been,” he gushes.

Unfortunately due to the ongoing global pandemic, traveling has been put on hold as everyone stays safe in their own homes. Reflecting on how this time has affected him, Chase says, “These times have shown me anything can happen so you have to go at each audition giving nothing but your best each time.”

I wish I knew I could have been an actor a long time ago.

He has worked hard to stay productive and keep his passion for acting alive despite the new circumstances and limits placed on his craft. “During this time, I have been working on my art and plan to show it through my acting. These times have shown me how much I really like acting and that actors are important during these times because people are having to watch lots of TV.”

Acting is not Chase’s only passion though. “I have been spending a lot of my time fishing, making sure I’m prepared for my next audition, and playing my Xbox.”

As he, and everyone else, dreams of the future and all they will be able to accomplish, Chase also looks to what his dream role would be. “My dream role is to play a basketball player. I would like to star alongside Michael B. Jordan and even Steph Curry; maybe if he was a basketball coach and I were a player on his team. That would be pretty awesome!” he exclaims. 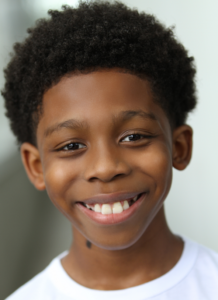 Over the next ten years, there is a lot that Chase hopes to accomplish. In his acting career, he states that he would like to be in more movies and television shows. He also doesn’t limit his aspirations to acting. “I love fishing — I would like to have my own fishing line.”

His family will be there to cheer him along the entire way as well. “My family has been an influence in my personal and professional life,” Chase says of their impact on him. “They play a big role in my acting world and career, supporting me.”

When asked if he had learned anything earlier that he knows now, Chase’s answer is simple yet an example of his love for his craft.

“I wish I knew I could have been an actor a long time ago. Even when I was a very little kid.”

With that in mind, he leaves a message for his future self. “Never give on [your] dreams and stay focused.”

Be sure to catch Chase Brown on  Lovecraft Country this Sunday on HBO!